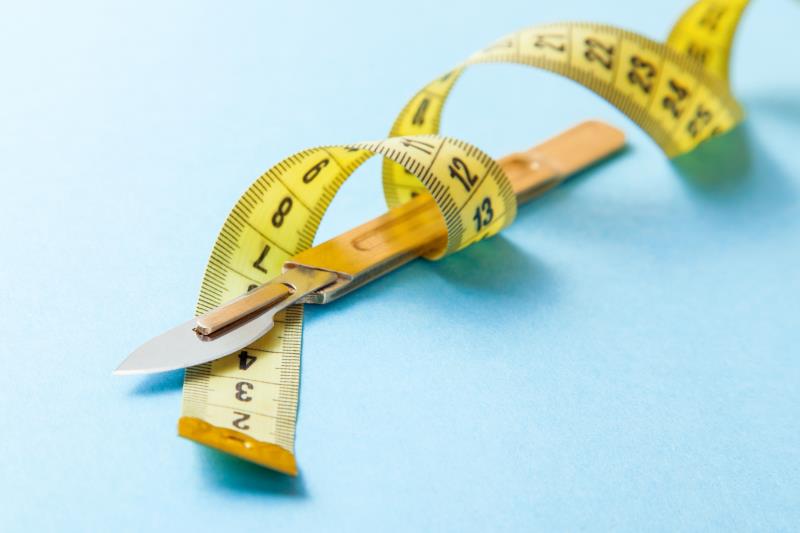 Patients who have undergone weight-loss surgery may sometimes have to return for revision, which helps improve outcomes associated with obesity, such as diabetes and hypertension, according to a meta-analysis.

“While absolute weight loss has long been used as the primary outcome measure to evaluate the success of bariatric surgery, less attention has been paid to the remission of obesity-related metabolic diseases despite their established impact on micro- and macrovascular complications and overall cardiovascular-related mortality,” said researchers from the National University Hospital in Singapore.

“In their 2014 systematic review, the American Society for Metabolic and Bariatric Surgery (ASMBS) provided recommendations on the role of reoperative bariatric surgery. It highlighted that arbitrary definitions based on estimated weight loss (EWL) do not reflect control of disease and [revision] may be indicated if obesity-related disease persists,” they added. [Surg Obes Relat Dis 2014;10:952-972]

Revisional surgery also resulted in remission of hyperlipidaemia (10 studies; n=90) in 37 percent of patients, as well as an improvement in obstructive sleep apnoea (11 studies; n=118) in 86 percent. Subgroup analysis by type of surgery did not return significant results given the limited number of papers.

Among the surgeries performed, revisions to other bariatric procedures were the most common (19 studies), followed by pouch/gastrogastric fistula revision after roux-en-Y gastric bypass (seven studies), and conversion to duodenal switch (two studies); five studies reported on more than one technique.

The remission rates of metabolic diseases reported in this study may be attributed to the effect of acceptable weight loss achieved after revisional surgery, the investigators noted. However, they acknowledged that they did not pursue further analyses to evaluate the association between EWL and improvement in comorbidities in the pooled study population because the heterogeneity of the studies with regard to the reported follow-up period contributed to a significant bias towards the results.

“Weight loss is known to reduce blood leptin and ghrelin levels, increase adiponectin levels and improve insulin sensitivity to produce remission of metabolic diseases. However, many studies have reported remission within one week of surgery before any substantial weight loss has occurred, suggesting that this occurs via pathways that are independent of weight loss and instead related to anatomical alterations following surgery,” they said. [Ann N Y Acad Sci 2018;1411:53-64]

Given the presence of several study limitations, including the inclusion of patients who underwent bariatric revision for complications related to the first surgery potentially having resulted in an under- or overestimation of the effect of revision on metabolic outcomes, the investigators called for further studies to elucidate the underlying mechanisms contributing to the remission of comorbidities.
LOGIN TO READ FULL STORY