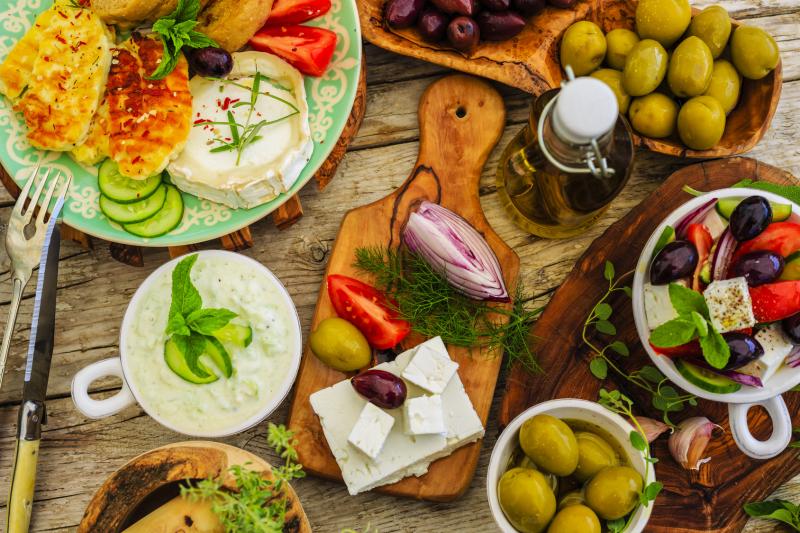 Greek food is among one of the most nutritious & well-balanced diets for good health.

Eating more balanced meals—composed of grains, vegetables, and fish or meat—lowers the risk of glucose intolerance in obese men, a recent Japan study has found.

Using a self-administered questionnaire, researchers determined the frequency at which a balanced meal was consumed in 8,573 men and 3,327 women. Glycated haemoglobin (HbA1c) ≥6.0 percent at the 3-year follow-up was used as the main criterion for glucose intolerance. This was tracked along with changes in body weight through annual health examinations.

At baseline, the mean body mass index (BMI) in men and women was 23.1 and 21.5 kg/m2, respectively. Throughout the study duration, participants logged a mean change in bodyweight of 0.78 and 0.84 kg, respectively. Eating balanced meals less frequently correlated with greater body weight gain in men (ptrend=0.004) but not in women.

Glucose intolerance developed in 5.4 percent of men and 3.5 percent of women, while incident diabetes mellitus (HbA1c ≥6.5 percent) was detected in 0.6 percent and 0.2 percent, respectively.

Through logistic regression analysis, researchers showed that among obese men, eating balanced meals only <1 days/week significantly increased the risk of glucose intolerance (odds ratio [OR], 1.73, 95 percent confidence interval [CI], 1.02–2.94), as did keeping to a balanced diet only 1–2 days/week (OR, 1.61, 95 percent CI, 1.07–2.42). These were relative to obese men who ate balanced meals every day (ptrend=0.007).

Notably, this interaction persisted even after adjustment for 3-year changes in bodyweight. The frequency of balanced meals had no such effect on non-obese men and among women.