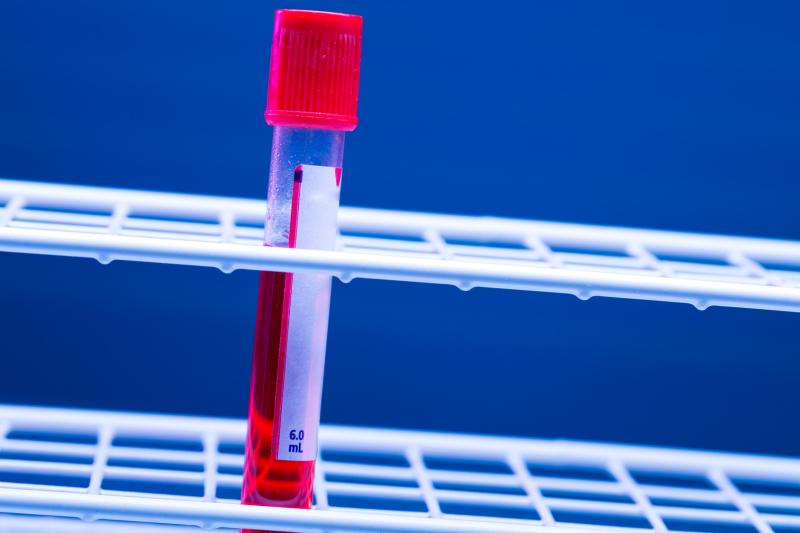 “One of the biggest recent changes in treatment of NSCLC has been our ability to identify targetable genetic mutations that drive progression of the disease, but it is a major challenge to get a suitable tumour sample for analysis,” lead investigator Dr Shirish Gadgeel from the University of Michigan said in a statement.

“We showed that liquid biopsy could be used to detect a complex type of driver mutation … in patients with NSCLC. These then responded at least as well to targeted therapy as in previous studies using conventional biopsy techniques,” he added.

In B-FAST, 2,219 treatment-naïve patients with advanced NSCLC underwent blood-based NGS of actionable genetic alterations, with results obtained for 2,188 patients. A total of 119 patients were found to have ALK-positive disease, and 87 (median age, 55 years; 60 percent female; 33 percent Asian) of them received oral alectinib 600 mg twice daily and were included in the current ALK cohort analysis.

Alectinib had a safety profile consistent with that observed in prior first-line trials in patients with ALK+ NSCLC. Thirty patients (35 percent) in the current ALK cohort developed grade 3–4 adverse events (AEs). AEs led to treatment discontinuation in six patients (7 percent), dose reduction in seven (8 percent) and dose interruption in 27 (31 percent).

“B-FAST is the first prospective trial to use blood-based NGS testing as the sole method of identifying actionable genetic alterations and assigning NSCLC patients to targeted or immunotherapy,” Gadgeel noted. “[The present data] demonstrate the clinical utility of blood-based NGS as a method to inform clinical decision-making in ALK+ NSCLC.”

To perform blood NGS, the investigators sampled 10–20 ml of blood from the patients. They isolated circulating free DNA from the plasma and created appropriate NGA libraries. The sensitivity of ALK fusion detection was 100 percent for allele frequencies >0.5 percent, with a positive predictive value of 100 percent.

Gadgeel pointed out that blood-based NGS has the potential to overcome some of the limitations associated with tissue collection and testing, such as having inadequate tumour tissue for molecular analysis and failure to yield sufficient material for genomic analysis after a repeat biopsy.

“It is encouraging to see that increasing numbers of patients with lung cancer can benefit from liquid biopsy to identify their disease mutation instead of tissue samples,” according to Prof Alberto Bardelli from the University of Turin.

Bardelli, who was not involved in the study, added: “Rearrangement in the ALK gene described in the B-FAST study is typically difficult to detect so it is an important advance to have shown that it can be detected in the blood and used to guide ALK inhibitor treatment, which has then been demonstrated to be effective in patients with this mutation.”

However, blood NGS is quite expensive at present. Bardelli believes that as this technology becomes more widely used, the cost will go down and testing will become more affordable and available in daily practice.