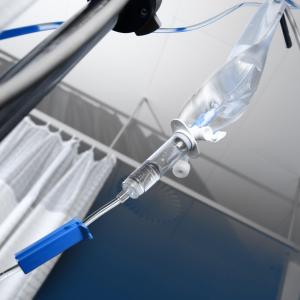 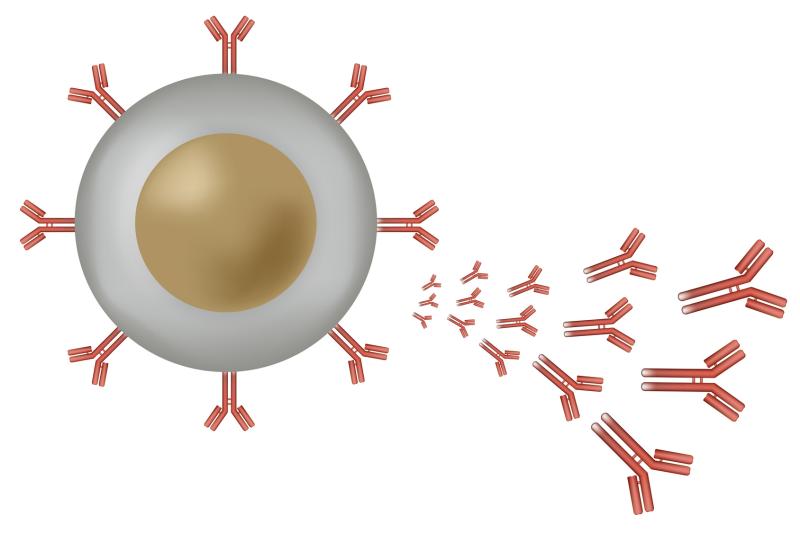 While antibody titres against SARS-CoV-2 wane with time, the immune system is capable of producing memory B-cells that can last for at least 6 months after infection, suggesting that the body will be able to protect itself in the case of re-exposure, according to a new study.

Using enzyme-linked immunosorbent assays and flow cytometry, the humoral immune response was characterized in 87 participants who had recovered from the novel coronavirus disease (COVID-19). Assessments were performed 1.3 and 6.2 months after infection, and the researchers looked specifically for anti-SARS-CoV-2 and monoclonal antibodies, as well as B lymphocytes.

They saw a clear decline in anti-SARS-CoV-2 antibodies over time. During observation, antibodies targeting the receptor binding domain (RBD) of the virus decreased, particularly isotypes IgM and IgG, each corresponding to a 53-percent and 32-percent drop in anti-RBD reactivity. [Nature 2021;doi:10.1038/s41586-021-03207-w]

On the other hand, antinucleoprotein (N) antibodies displayed a slight increase in reactivity, jumping by 19 percent between the two time points. Patients who had persistent postacute symptoms also tended to have stronger anti-RBD and anti-N responses at both study visits.

However, while the neutralizing activity of plasma dropped, the researchers observed an accompanying increase in the repertoire of RBD-binding memory B cells. IgG-expressing anti-RBD memory B cells increased from 49 percent to 58 percent by the second time point.

Such expansion also coincided with notable evolutions in antibody sequences. For instance, 43 expanded clones present at 1.3 months were no longer detectable by the second assessment, at which point 22 new expanded clones had appeared. The relative distribution of clones also differed between the first and second time points.

“We conclude that while the magnitude of the RBD-specific memory B cell compartment is conserved between 1.3 and 6.2 months after SARS-CoV-2 infection, there is significant clonal turnover and antibody sequence evolution, consistent with prolonged germinal centre reactions,” the researchers explained.

The expansion of memory cells also led to a spike in anti-SARS-CoV-2 monoclonal antibodies: In a survey of 122 representative antibodies, 115 bound to the virus RBD. These antibodies included those that appeared at only one time point, were new expanded clones, and appeared at both assessments.

Taken together, the mean ELISA half-maximal effective concentration did not differ between the 1.3- and 6.2-month assessments, but when looking only at antibodies that appeared at both time points, there was a significant increase by the latter assessment (p=0.0227).

Neutralization assays showed the same trend. When looking at all 122 antibodies, the half-maximal inhibitory concentrations were comparable between both time points; when considering only the antibodies that were detectable at both timepoints, activity against SARS-CoV-2 was significantly stronger at 6.2 months.

“Memory responses are responsible for protection from reinfection and are essential for effective vaccination,” the researchers said. “The observation that memory B cell responses do not decay after 6.2 months but instead continue to evolve, is strongly suggestive that individuals who are infected with SARS-CoV-2 could mount a rapid and effective response to the virus upon re-exposure.”