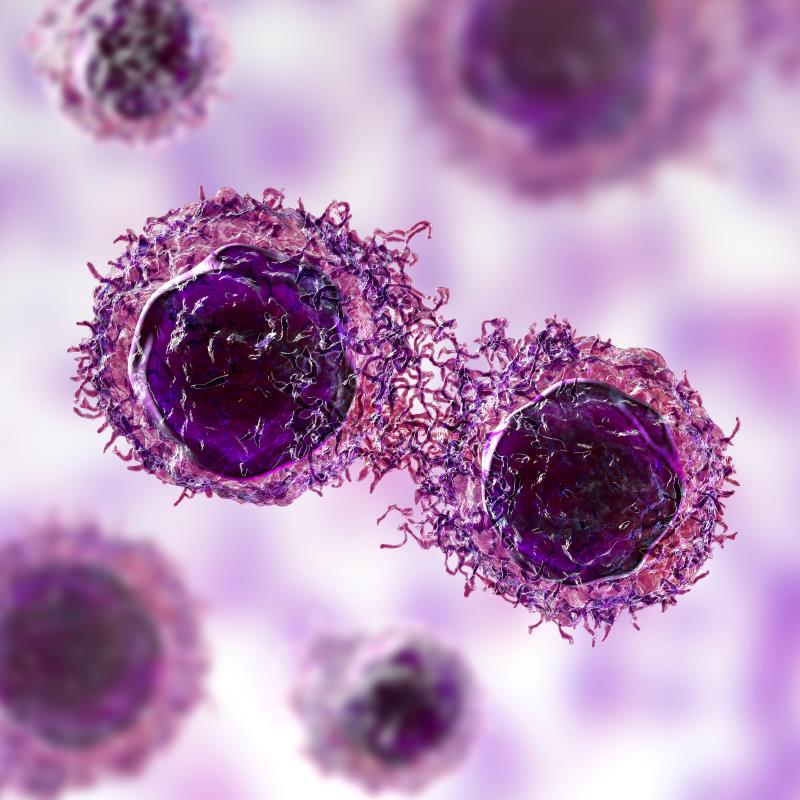 “The SOC treatment in the curative setting for patients with R/R LBCL after first‑line chemoimmunotherapy is high-dose therapy with autologous stem cell rescue [HDT-ASCT] if [the patients are] responsive to second-line chemoimmunotherapy,” said presenting author Dr Frederick Locke of Moffitt Cancer Center in Tampa, Florida, US.

“As many patients do not respond to or cannot tolerate second-line chemoimmunotherapy, or are not intended for HDT-ASCT, outcomes remain poor,” he explained.

Axi‑cel has been approved for R/R LBCL, but the indication is restricted to patients who had previously received at least two systemic therapies. Therefore, the researchers sought to find out if CAR T-cell therapy would benefit patients when given as earlier lines of therapy in the ZUMA-7 trial.

The global, multicentre, phase III study involved 359 patients (median age 59 years; 30 percent aged ≥65 years) with R/R LBCL (ECOG PS 0–1; 74 percent with primary refractory disease) who intended to proceed to HDT-ASCT. They were randomized to receive a single infusion of axi-cel (2×106 CAR-T cells/kg) or SOC in a 1:1 ratio. SOC comprised 2–3 cycles of platinum-based chemoimmunotherapy regimen as defined by the protocol and at the discretion of investigators. [ASH 2021, abstract 2]

The interim overall survival was also longer in the axi-cel vs the SOC group (median, not reached vs 35.1 months; HR, 0.730; p=0.027), although the difference had yet to reach statistical significance.

One-hundred patients (56 percent) in the SOC group eventually went on to receive CAR T‑cell therapy, be it commercially available or investigational ones, as subsequent treatment off protocol.

“The results of ZUMA-7 herald a paradigm shift in how we treat LBCL,” said Locke. “We found that by giving axi-cel in the second-line setting, patients had longer EFS compared with the SOC. This is remarkable and indicates that patients with lymphoma not responding to initial treatment or relapsing within 12 months should have the opportunity to get this therapy.”

In terms of the safety profile, the rates of grade ≥3 treatment-emergent adverse events (TRAEs) were 91 percent in the axi-cel group compared with 83 pecent in the SOC group, with treatment-related deaths occurring in one vs two patients, respectively.

For AEs of special interest with regard to axi-cel therapy, grade ≥3 cytokine release syndrome was reported in 11 patients (6 percent) while grade ≥3 neurologic events occurred in 36 patients (21 percent) — none of which were of grade 5 for the latter.

“Safety of axi-cel was manageable and at least consistent with third-line axi-cel therapy,” observed Locke.

“By giving CAR T-cell therapy as an earlier line of treatment, we are able to reduce the amount of chemotherapy patients are exposed to and get them quickly to a definitive therapy that can eradicate lymphoma for many years, if not forever, without a stem cell transplant,” he added.