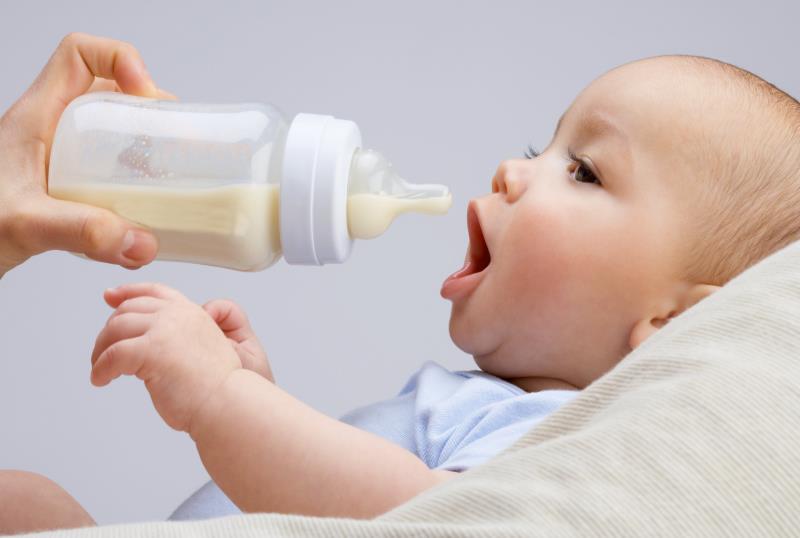 Avoiding exposure to cow’s milk formula (CMF) during the first 3 days of life may reduce the risk of asthma or recurrent wheeze in children, especially among those with high vitamin D or IgE levels, according to the ABC* trial.

“[Our findings show that] breastfeeding with or without elemental formula for the first 3 days or more of life appeared to decrease the risk of asthma or recurrent wheeze in young children, compared with breastfeeding plus a small amount of CMF from the first day of life,” they said.

The study comprised 312 newborns from the Jikei University Hospital in Japan who were at risk for atopy. Immediately after birth, the newborns were randomized 1:1 to breastfeeding, supplemented with or without amino acid-based elemental formula for at least the first 3 days of life (no-CMF arm), or with CMF (≥5 mL/day; CMF arm), from the first day of life to age 5 months. [JAMA Network Open 2020;doi:10.1001/jamanetworkopen.2020.18534]

Ninety-seven percent of the participants were followed up at their second birthday. Of these, >50 percent had extended follow-up due to atopic conditions. At a median age of 2.8 years, 42 infants were diagnosed with asthma or recurrent wheeze.

The percentage of children developing asthma or recurrent wheeze was higher in the CMF vs the no-CMF arm (18 percent vs 10 percent; risk ratio [RR], 0.56). A similar trend was observed among infants with atopic conditions at age 2 years who were followed up to age 6 years (33 percent vs 20 percent; RR, 0.58).

The risk of developing asthma or recurrent wheeze was significantly higher among CMF-fed children who had high 25(OH)D levels (≥29 ng/mL) at age 5 months, compared with those who were not on CMF (25 percent vs 6 percent; RR, 0.26; pinteraction=0.04). This finding correlates with evidence showing the protective effect of vitamin D supplementation during pregnancy against asthma or recurrent wheeze in infants with initial 25(OH)D levels of >30 ng/mL. [J Allergy Clin Immunol 2017;140:1423-1429]

More CMF-fed infants in the highest total IgE quartile at age 24 months also developed asthma or recurrent wheeze compared with infants in the no-CMF arm (44 percent vs 5 percent; RR, 0.12; pinteraction=0.004). “Because … infants with elevated serum IgE levels have a predisposition to asthma at age 6 years, [this finding] implies that this intervention reduced the risk of allergic asthma, but not recurrent wheeze induced by viral infection,” explained the researchers.

Bifidobacterium and Lactobacillus – which apparently have immunomodulatory effects – were found abundantly in stool samples of fully or partially breastfed infants. [Nature 2020;581:470-474] “[This underscores the] potential preventive effects [of these microorganisms] on asthma or recurrent wheeze through gut microbiota,” noted the researchers. However, this mechanism remains unclear.

The researchers thus called for further investigation to elucidate the mechanisms behind the effects observed in the study. Longer follow-ups are also recommended, as asthma or wheeze may develop beyond age 2 years, which was the study’s end of follow-up. According to the researchers, this may have been “the most critical issue in this study”.

Also, as the study was performed in a single centre in central Tokyo, the findings may not be extrapolated to children of other races/ethnicities, those living in rural areas, and those who have different food cultures, they added, thus highlighting the need for further exploration.