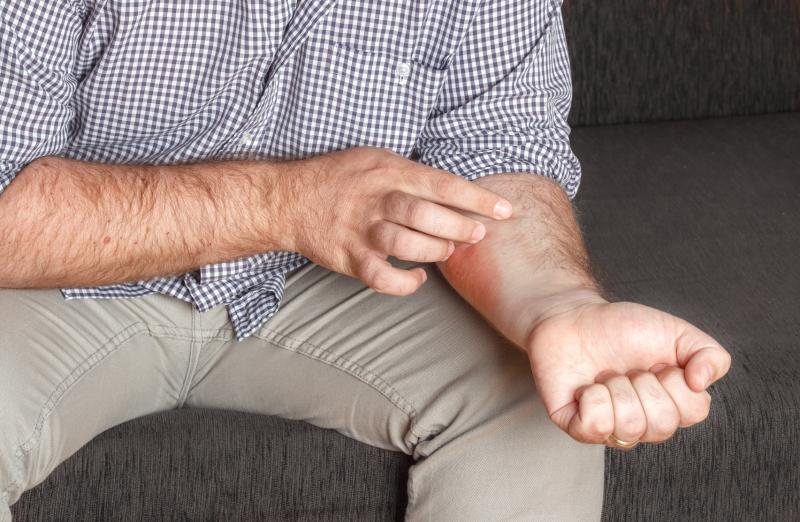 Having an atopic eczema appears to slightly increase one’s risk of incident dementia, particularly among older adults, suggests a study. Such risk further grows with the severity of atopic eczema.

This longitudinal cohort study was conducted to determine whether active atopic eczema is associated with incident dementia. A total of 1,767,667 individuals aged 60‒99 years registered with The Health Improvement Network, a primary care cohort in the UK, were included in the analysis.

These findings are relevant since both atopic eczema and dementia are common among older adults, who happen to be the fastest-growing demographic group in the world. [https://bit.ly/3uZgFJt]

The present study was designed to determine whether an association between atopic eczema and dementia exists at the population level. Subsequently, the mechanism by which this skin condition contributes to dementia needs to be understood.

“The impact of the treatment of atopic eczema on the risk of dementia is unknown; therefore, additional research is needed to address this question of high clinical relevance,” the researchers said.