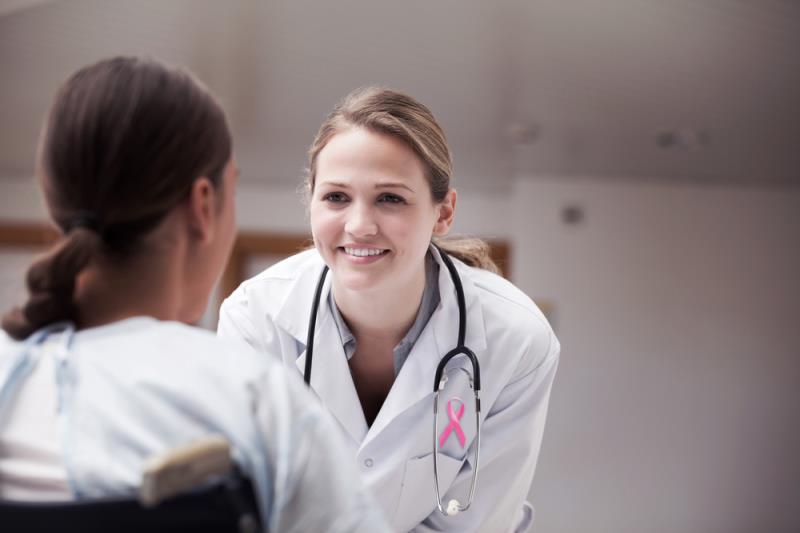 “Our study’s findings support a positive benefit-risk profile for A+nP as first-line treatment in patients with PD-L1 IC–positive metastatic TNBC,” said Professor Leisha Emens of the University of Pittsburgh, Pennsylvania, US.

Across other subgroups of patients in the ITT population, the OS difference with A+nP vs P+nP was similar and did not reach statistical significance. In patients with PD-L1 IC–negative disease, A+nP did not demonstrate a significant OS benefit vs P+nP (HR, 1.02; 95 percent CI, 0.84 to 1.24).

In the multicentre, randomized, phase III IMpassion130 study, 902 patients with previously untreated, locally advanced or metastatic TNBC and Eastern Cooperative Oncology Group (ECOG) performance status of 0–1 who had received no previous chemotherapy were randomized (1:1) to receive A+nP or P+nP. Atezolizumab 840 mg or placebo was administered intravenously on days 1 and 15, while nab-paclitaxel was administered intravenously at a dose of 100 mg/m2 of body surface area on days 1, 8 and 15, of every 28-day cycle.

Patient characteristics were well-balanced between the A+nP and P+nP groups at baseline, with 51 percent of patients in both treatment groups having prior taxane exposure.

Rates of all-grade AEs of special interests (AESIs), such as rash (36 percent vs 26 percent), hypothyroidism (18 percent vs 4 percent) and hyperthyroidism (5 percent vs 1 percent), were higher with A+nP vs P+nP. “Nonetheless, most of these events were of low grade and can be well managed,” Emens noted.