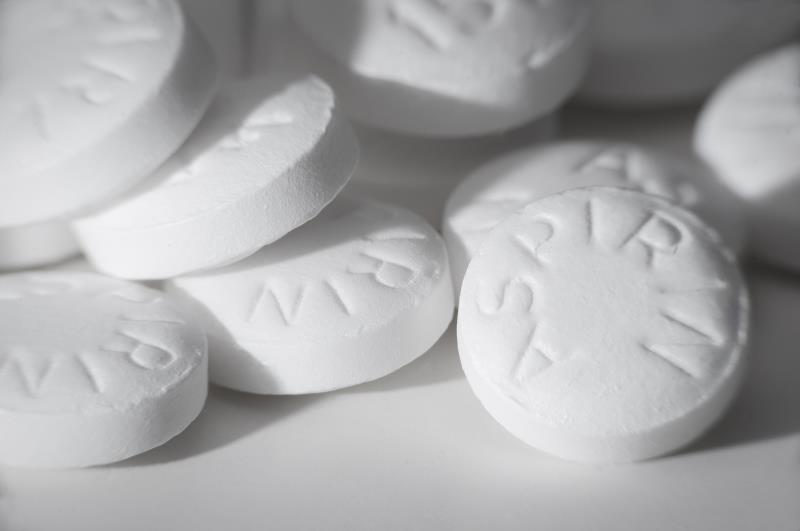 Taking 600 mg aspirin daily significantly reduces the risk of colorectal cancer (CRC) over 10 years in people with Lynch syndrome — which genetically predisposes them to CRC, the CAPP*2 study shows.

“For people at high cancer risk, the benefits are clear — aspirin works,” said lead author Professor John Burn of Newcastle University, UK. “Two aspirins a day for a couple of years gives protection that lasts more than 10 years and the statistical analysis has become much stronger with time.”

Over a mean follow-up of 10 years, significantly fewer participants who took aspirin for at least 2 years developed CRC compared with those on placebo (9 percent vs 13 percent; hazard ratio [HR], 0.65; p=0.035) in the intent-to-treat analysis. The corresponding incidence rate ratio (IRR) was 0.58 (p=0.0085) after accounting for multiple primary events in a negative binomial regression analysis. [Lancet 2020;395:1855-1863]

In the multinational, double-blind CAPP2 trial, 861 patients (mean age 45 years) with Lynch syndrome were randomized 1:1 to aspirin 600 mg daily or placebo. The intervention lasted for 2 years, with the option to continue for another 2 years.

“[The protective effect] persists for over a decade but does not become apparent until about 5 years from initiation of aspirin,” pointed out Burn and co-authors.

Previous report at the end of intervention (mean follow-up 2.5 years) found no effect from aspirin while the first follow-up analysis (mean 4.6 years) found a reduction in CRC risk with aspirin, although nonsignificant, in the intent-to-treat population.

“CRC cancer incidence began to diverge about 5 years after initiating aspirin treatment and this lower cancer incidence was maintained throughout the period of observation,” the researchers noted.

“[Additionally, a] legacy effect was identified, in that Lynch syndrome carriers taking daily aspirin for a finite duration [mean 25 months] had sustained reduction in CRC incidence persisting for 20 years,” highlighted Drs Matthew Yurgelun and Andrew Chan from Harvard Medical School in Boston, Massachusetts, US, in a linked commentary. [Lancet 2020;395:1817-1818]

The extension of protective benefits from aspirin long after its discontinuation also debunks the previous belief that aspirin leads to “a temporary delay in progression of premalignant lesions rather than a true prevention of cancer.”

As Yurgelun and Chan noted, aspirin was already recommended for individuals with Lynch syndrome in most practice guidelines. The number needed to treat of 24 to prevent one CRC in the current study “should strengthen such recommendations,” they stated.

“Before anyone begins to take aspirin on a regular basis they should consult their doctor first as aspirin is known to bring with it a risk of stomach complaints, including ulcers and bleeding,” Burn cautioned.

Although there was no excess of major bleeding or other adverse events with aspirin vs placebo during the intervention phase, the commentators also noted that the study recruits a relatively young group of participants.

“However, if there is a strong family history of cancer then people may want to weigh up the cost and health benefits of taking aspirin for at least 2 years,” said Burn.