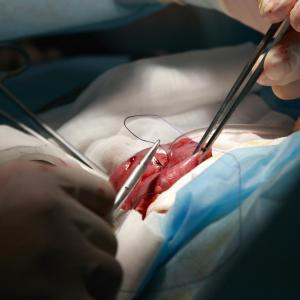 Antitumour necrosis factor alpha therapy reduces colectomy, corticosteroid use
31 Oct 2019
Treatment with the antitumour necrosis factor alpha appears to be beneficial in paediatric and adolescent patients with ulcerative colitis (UC), leading to lower colectomy rates within a period of 5 years and termination of corticosteroid use after 12 months, as shown in a recent study.

Elderly persons (≥75 years) on aspirin-based antiplatelet therapy without routine proton-pump inhibitor (PPI) use have a higher long-term risk of major bleeding, in particular upper gastrointestinal (GI) bleeding which is often more disabling or fatal than in younger persons, according to the OXVASC* study.

“Clinical guidelines on secondary prevention of vascular events make no recommendations on PPI use,” said the researchers, who also noted that long-term data on bleeding risk of antiplatelet treatment in the elderly population were lacking.

The risk of major bleeding rose steeply with age particularly above 70 years (hazard ratio [HR] for ≥75 years, 3.10; p<0.0001), peaking at an annual rate of 4.1 percent for the oldest age category of ≥85 years. Similar trends were seen for life-threatening and fatal bleeds (HR, 5.53; p<0.0001), which according to the authors, reflect high risks of intracranial and upper GI bleeds at older ages.

Multivariate analyses suggested that for every 10 years increase in age, risks of major bleeding and upper GI bleeding increased by almost twofold (HR, 1.72 and 1.97, respectively; p<0.0001 for both), after adjusting for age and sex.

“The first consequence of [the] study is that the benefit-risk association in long-term antiplatelet therapy should be evaluated every 3–5 years in patients older than 75 years,” wrote Professor Hans-Christoph Diener of University Duisburg-Essen in Essen, Germany, in an accompanying commentary. [Lancet 2017;doi:10.1016/S0140-6736(17)31507-6]

The associations between age and major bleeding/upper GI bleeding were independent of sex, vascular risk factors, history of vascular disease, and history of peptic ulcer.

Among the 33 percent of patients who received PPIs 1 year after their first ischaemic event, the number needed to treat (NNT) to prevent one disabling or fatal case from upper GI bleeding over 5 years with routine PPI use dropped from 338 for individuals aged <65 years, to 25 for those aged ≥85 years.

“Given that half of the major bleeds in patients aged 75 years or older were upper GI [and that] the estimated NNT for routine PPI use to prevent such bleeds is low … coprescription [of PPI and antiplatelet] should be considered in future secondary prevention guidelines,” said the researchers.

Routine coprescription of PPIs is rare partly because definitions of high-risk patients for upper GI bleeding vary, besides the lack of recommendations on PPI use in clinical guidelines on vascular prevention, according to the authors, and “perhaps because the consequences of upper GI bleeds were underestimated in elderly patients who were treated with aspirin” in the words of Diener.

“However, our results suggest that in secondary prevention setting, an age of 75 years or older alone is sufficient to define patients at high risk, with a reasonable NNT to prevent one major upper GI bleed,” said the researchers.

“Although short-term benefit from antiplatelet treatment is clear, and sudden discontinuation is hazardous, a trial of gradual withdrawal would be justifiable in patients for whom long-term gastric protection is not acceptable,” they suggested.

Antitumour necrosis factor alpha therapy reduces colectomy, corticosteroid use
31 Oct 2019
Treatment with the antitumour necrosis factor alpha appears to be beneficial in paediatric and adolescent patients with ulcerative colitis (UC), leading to lower colectomy rates within a period of 5 years and termination of corticosteroid use after 12 months, as shown in a recent study.