Aspirin, DOACs may up false positive rates of faecal testing for CRC 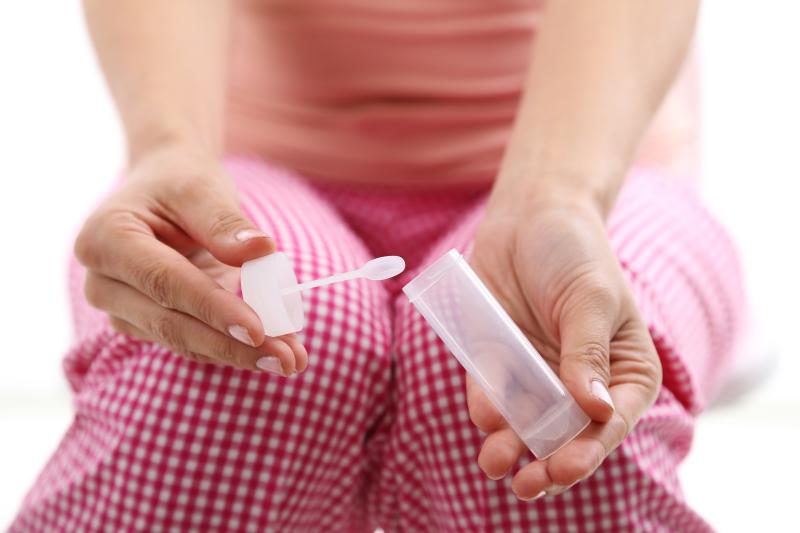 This raises the question of whether there should be changes to the current US and European screening guidelines which do not recommend that antithrombotic treatment be stopped before faecal sampling, according to researchers.

In a cross-sectional study of a CRC screening trial in Norway, 4,908 participants aged 50–74 years who tested positive in a FIT and subsequently underwent colonoscopy were categorized into users or nonusers of aspirin, warfarin, or DOACs. Among the participants, CRC was detected in 234 subjects and advanced adenomas in 1,305 subjects. [Gastroenterology 2019;doi:10.1053/j.gastro.2019.01.040]

With regard to aspirin, users showed a 3.8 percent positive predictive value (PPV) for CRC compared with 6.4 percent in nonusers, who were matched by sex, age, and screening site and time (p=0.006). The PPV for advanced adenoma was also significantly lower in users than nonusers of aspirin (3.8 percent vs 6.4 percent; p=0.011).

The difference in PPV was particularly striking with respect to DOACs, with a sevenfold difference in the PPV for CRC between users and nonusers (0.9 percent vs 6.8 percent; p=0.001). The PPV for advanced adenoma was 20.5 percent in users vs 32.4 percent in nonusers of DOACs (p=0.002).

“It is well known that regular use of aspirin and oral anticoagulants is associated with gastrointestinal bleeding … [which] may increase physiological blood loss from the colonic mucosa and facilitate bleeding from nonadvanced lesions, thus decreasing FIT PPV for CRC and advanced adenoma,” explained the researchers.

The findings were consistent in the overall unmatched study cohort, which showed that the likelihood of detecting CRC was lower in users vs nonusers of aspirin (odds ratio [OR], 0.54, 95 percent confidence interval [CI], 0.54–0.78) and DOACs (OR, 0.11, 95 percent CI, 0.03–0.49) in a multivariable analysis adjusted for sex, age, screening site, and FIT round.

In contrast, no significant difference was found in PPV for CRC or advanced adenoma between users and nonusers of warfarin in the matched analysis.

“The different effects seen on PPV by DOAC in contrast to warfarin are consistent with the increased risk of lower gastrointestinal bleeding among DOAC users compared to warfarin users,” said the researchers.

As the researchers noted, the findings bear implications for handling patients who are regular users of aspirin and DOACs in CRC screening. “In a FIT-based screening programme, a reduction in PPV may be due to a higher positivity rate and thereby an increased overall cost and additional demand on the endoscopy service.”

On an individual level, subjecting individuals to unnecessary colonoscopies also comes with increased stress and risk of adverse events. “This is of particular concern among the elderly, who use more medications, have more comorbidity and face greater risk of complications during colonoscopy,” they said.

While the results broach the question of whether the current recommendation against stopping anticoagulant or antiplatelet drugs at the time of faecal testing should be reconsidered, the researchers also highlighted that the risk of thromboembolic events in these patients should be taken into account.

“A possible approach could be to repeat the FIT test for those on DOACs with a positive test result. This solution may be particularly suitable in screening programmes which include an intake interview before colonoscopy which enables shared decision making,” suggested the researchers. “Screening participants who use these drugs should be informed of increased risk of false positive results.”