ASH 2020: New safety and efficacy data of acalabrutinib in CLL and MCL 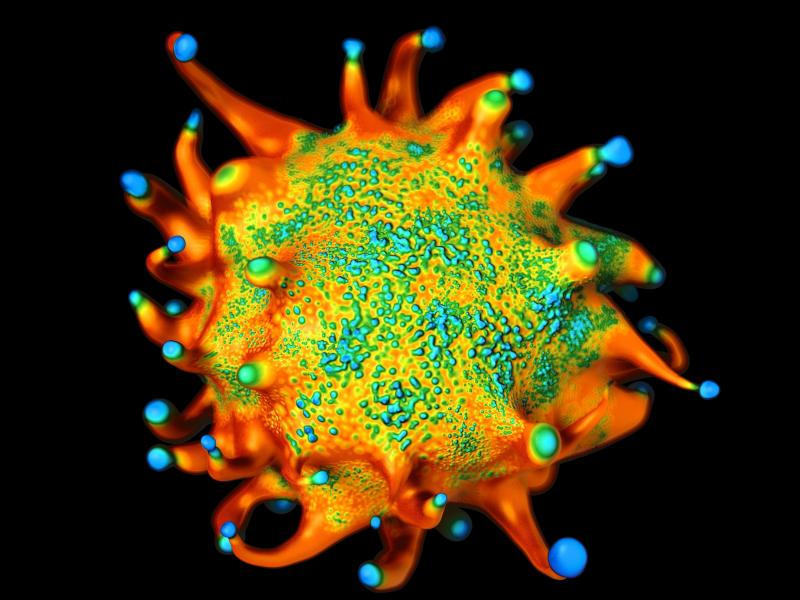 Acalabrutinib, a next-generation, highly selective, covalent Bruton’s tyrosine kinase (BTK) inhibitor, is approved for treatment of chronic lymphocytic leukaemia (CLL) and mantel cell lymphoma (MCL) in Hong Kong. At the 62nd American Society of Hematology Annual Meeting and Exposition (ASH 2020), researchers presented data from a pooled analysis of four trials showing a low risk of cardiac adverse events (AEs) in CLL patients treated with acalabrutinib, while another study demonstrated tolerability and efficacy of acalabrutinib-based triple combination regimens in patients with treatment-naïve (TN) or relapsed/refractory (R/R) CLL. In patients with R/R MCL, extended follow-up data presented at ASH 2020 confirmed the safety and sustained efficacy of acalabrutinib that supports its long-term use.

An analysis of data from 762 patients with TN or R/R CLL (median age, 67 years; median number of prior regimens, 1) treated with ≥1 dose of acalabrutinib monotherapy in four phase I/II–III trials showed that cardiac AEs were infrequent during a median follow-up of 25.9 months. [Brown JR, et al, ASH 2020, abstract 3146]

“Cardiac AEs of any grade and grade ≥3 occurred in 17 percent and 5 percent of patients, respectively,” said Brown. “Most patients [91 percent] with cardiac AEs had pre-existing CV risk factors, including hypertension [67 percent], hyperlipidaemia [29 percent] and arrhythmias [22 percent].”

“The rate of cardiac AE onset was generally constant over time. The median time to onset of cardiac AEs was 10.1 months, while that of AF/atrial flutter and hypertension was 17.1 months and 6.5 months, respectively,” she added. (Figure 1) “Twenty-five percent of grade ≥3 cardiac AEs were reported during the first 6 months of acalabrutinib treatment.”

Acalabrutinib in combination with the anti-CD20 monoclonal antibody obinutuzumab demonstrated durable responses in patients with TN or R/R CLL in the phase Ib ACE-CL-003 trial, and improved progression-free survival (PFS) vs obinutuzumab plus chlorambucil in patients with TN CLL in the phase III ELEVATE-TN trial. [Cancer Discov 2020;10:394-405; Lancet 2020;395:1278-1291]

“The trial’s primary endpoint was safety. At data cut-off, 92 percent of patients in the R/R cohort and 83 percent of patients in the TN cohort remained on AVR or AVO treatment, respectively. AEs were as expected based on each individual agent’s safety profile, and were mostly grade 1/2,” reported Dr Jennifer Woyach of the Ohio State University Comprehensive Cancer Center, Columbus, Ohio, US. “Few patients [8 percent in each cohort] discontinued treatment due to AEs.”

“All patients with CR or CRi achieved uMRD [10-4] in peripheral blood [PB] at the time of CR/CRi or earlier. The overall uMRD rate was 71 percent. At cycle 10, MRD negativity [≤0.01 percent] in PB was achieved in 67 percent of R/R patients and 75 percent of TN patients,” said Woyach.

Median duration of response (DoR), PFS and overall survival (OS) were not yet reached in either cohort. Estimated 18-month PFS and OS rates were 100 percent in both cohorts.

“The pharmacokinetics [PK] of acalabrutinib, its active metabolite and venetoclax in the triple combination setting were consistent with the PK profiles observed with monotherapy,” Woyach noted.

“These results suggest that triple combination therapy with acalabrutinib plus an anti-CD20 antibody and a BCL-2 inhibitor is feasible based on tolerability, yielding high CR and uMRD rates in both R/R and TN CLL,” she concluded.

Long-term safety and efficacy of acalabrutinib in R/R MCL

After a median follow-up of 38.1 months, 19 percent of patients remained on acalabrutinib treatment and 44 percent remained in follow-up for survival assessment.

“Median PFS was 22 months. More than one-third of patients were progression-free at 36 months,” said Wang. (Figure 2) “Median OS was not yet reached, and estimated 36-months OS rate was 60.5 percent.”


“Six of 30 patients [20 percent] with available samples achieved CR and uMRD, and maintained uMRD at the last assessment,” said Wang.

“The AE profile of acalabrutinib was largely unchanged with an additional year of follow-up,” he highlighted. “AEs led to dose delays and modifications in 40 percent and 2 percent of patients, respectively.”

During the additional year of follow-up, the most common grade 3/4 AEs of interest were infections, bleeding events and cardiac AEs (2 percent each). Rates of these grade 3/4 AEs at any time during the study were 17 percent, 4 percent and 5 percent, respectively.

“With efficacy and tolerability largely maintained during the additional year of follow-up, these data support the long-term use of acalabrutinib in patients with R/R MCL,” Wang concluded.