ART nonadherence may up non-CVD death risk in PLHIV 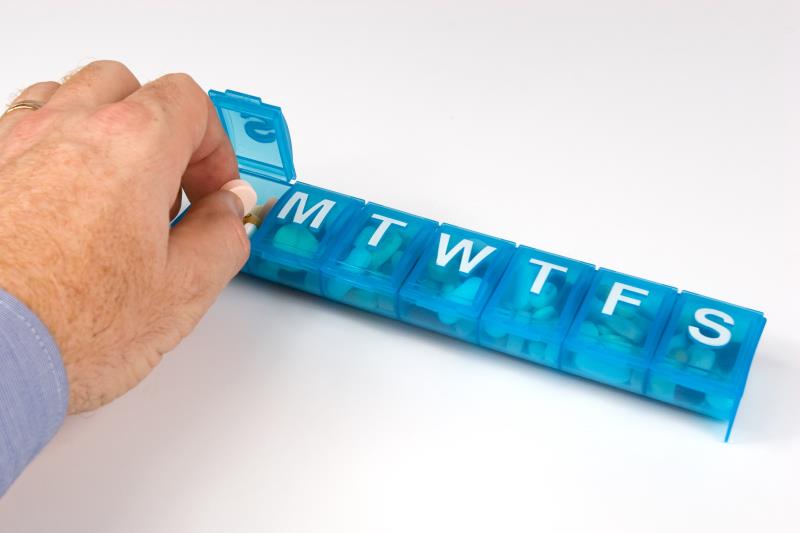 Among virologically suppressed people living with HIV (PLHIV), lack of adherence to antiretroviral therapy (ART) may be linked to an increased risk of death unrelated to cardiovascular disease (CVD), according to results of the Swiss HIV Cohort Study (SHCS).

“[O]ur study demonstrated that incomplete (ie, <100 percent) ART adherence is associated with an increased risk for non-CVD-related mortality in PLHIV who are virologically suppressed to <50 copies/mL,” said the authors.

“This association … is of unique clinical importance because it identifies adherence to ART as a potentially actionable risk factor that could be targeted to reduce mortality in PLHIV who maintain viral suppression,” they said.

Participants were 6,971 PLHIV (median age 39 years, 74 percent male, 73 percent Caucasian) without a history of CVD who were enrolled in the prospective, multicentre SHCS cohort, who had started ART between 2003 and 2018, and were virologically suppressed (<50 copies/mL) for ≥6 months. Patients were followed up for a median 8 years. Each patient provided 14 questionnaires on their adherence to ART, with incomplete adherence defined as ≥1 or ≥2 missed doses in the previous month.

Eleven percent of patients had a family history of CVD, 37 percent were overweight or obese, 2 percent had diabetes, 8 percent had a Framingham risk score (FRS) >20 percent, and 41 percent were smokers.

Over the follow-up period, 205 patients (3 percent) experienced a CVD incident (myocardial infarction, revascularization, cerebral haemorrhage, stroke, and/or death due to CVD) and there were 186 non-CVD-related deaths.

Several factors were associated with an increased risk of CVD events or non-CVD-related death namely Caucasian ethnicity, underweight, family history of CVD, intravenous drug use as an HIV risk factor, and FRS >10 percent. On the other hand, overweight, CD4 T-cell count 350–499 cells/mm3, and HIV-1 RNA 10,000–49,999 at ART initiation were tied to a lower risk of non-CVD-related death.

“Despite achieving suppressed viral replication by conventional assays, PLHIV taking ART have residual systemic inflammation that has been associated with the development of serious non-AIDS events and increased all-cause mortality,” noted the authors.

The exact mechanism behind the present study findings is unknown. Lack of adherence to ART in virologically suppressed individuals has been linked with systemic inflammation, potentially due to low-level replication. [Clin Infect Dis 2016;63:1661-1667] Another theory is that certain patients may have intermittent viraemia that is not always discernible, though whether this is due to under-adherence to ART is yet undetermined, with previous studies revealing conflicting findings. Another possibility is that under-adherence to ART could also suggest lack of adherence to other medications such as statins, and antihypertensive or antidiabetic medications.

“[T]he potential deleterious consequences of incomplete ART adherence (despite suppression) might become more relevant in the coming years, in particular given the accumulation of clinical comorbidities in an ageing population of PLHIV,” the authors highlighted.

“[O]ur identified association raises the question on whether improving ART adherence may be a modifiable target to reduce residual inflammation and immune activation and prevent CVD outcomes and mortality,” they said, pointing out that further research is necessary to examine this.

The authors suggested that the lack of significance for the ART adherence-CVD risk association may be attributable to the low number of events in this study, a theory that a larger study using more sensitive measures of adherence could address.