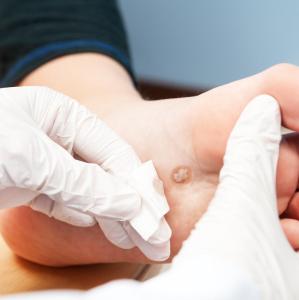 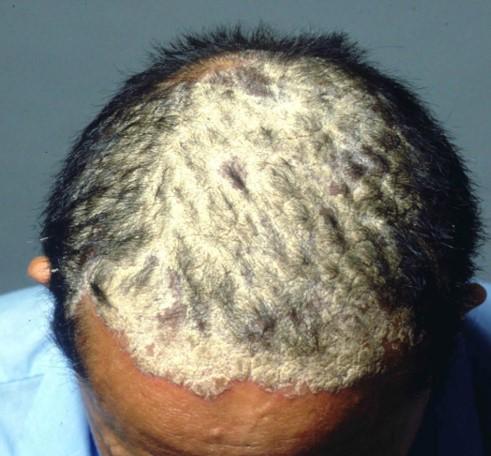 Psoriasis of the scalp

Treatment with apremilast has significantly improved patients with moderate-to-severe plaque psoriasis of the scalp, results of a phase IIIb trial have shown.

The primary endpoint was the proportion of patients who achieved Scalp Physician Global Assessment response, defined as score of 0 (clear) or 1 (almost clear), with at least a 2-point reduction at week 16. Secondary endpoints included at least a 4-point improvement in Whole Body Itch and Scalp Itch Numeric Rating Scales (NRSs) and mean improvement in Dermatology Life Quality Index (DLQI) from baseline at week 16.

Adverse events associated with apremilast were reported, with diarrhoea (30.5 percent) being the most common, followed by nausea (21.5 percent), headache (12.0 percent), and vomiting (5.5 percent).

“Our findings are consistent with subgroup analyses of the phase III ESTEEM 1 and 2 studies and the phase IIIb LIBERATE trial, in which significantly more patients with moderate-to-severe [scalp] psoriasis at baseline (Scalp Physician Global Assessment [ScPGA] score ≥3) who received apremilast achieved an ScPGA score of 0 or 1 at week 16 compared with patients who received placebo,” the researchers said. [J Eur Acad Dermatol Venereol 2017;31:507-517; J Am Acad Dermatol 2016;74:134-142]

Direct comparisons between the above studies and the current phase III trial of apremilast were difficult due to the different definitions of moderate-to-severe scalp psoriasis and different primary measures of improvement, according to the researchers. [J Am Acad Dermatol 2012;67:86-92; J Am Acad Dermatol 2017;77:667-674]

“Nonetheless, findings from the current study show that apremilast may be an efficacious oral treatment option for patients with moderate-to-severe plaque psoriasis of the scalp,” they added.

Furthermore, results of the current study may not be generalizable to patients with other forms of psoriasis, the researchers noted.

“Due to the 16-week duration of the placebo-controlled phase, the current analysis did not provide information about the long-term efficacy and safety of apremilast compared with placebo in patients with moderate-to-severe scalp psoriasis, and lack of an active-comparator treatment arm did not allow for direct comparisons with other treatments,” they said.