Apixaban on par with dalteparin in reducing VTE recurrence in cancer 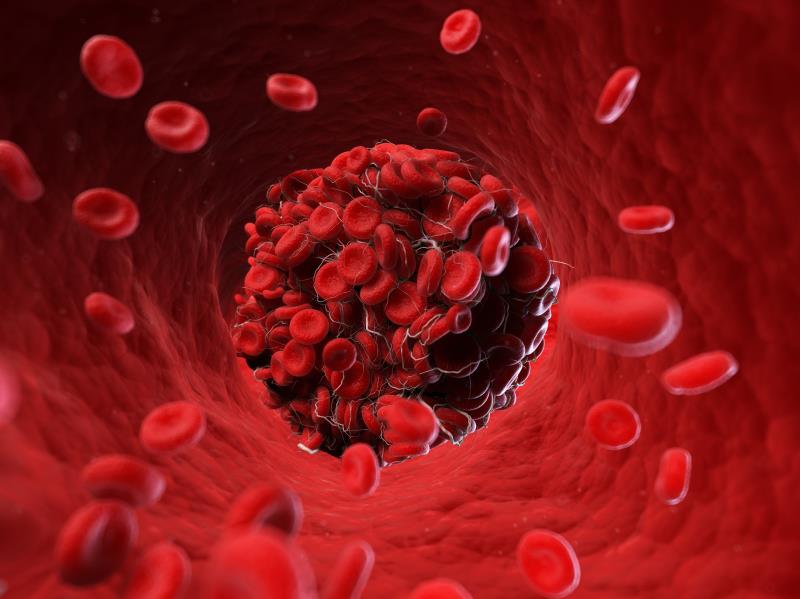 Patients with cancer who develop venous thromboembolism (VTE) could reduce their risk of VTE recurrence with the direct oral anticoagulant (DOAC) apixaban, which demonstrated noninferiority to subcutaneous dalteparin in the Caravaggio* trial.

“Our data show that apixaban is at least as effective as dalteparin – the current gold standard treatment – without any excess in major bleeding, which is a common concern when giving blood thinners,” noted study lead author Professor Giancarlo Agnelli from the University of Perugia, Perugia, Italy.

“This is the only trial in cancer-associated thrombosis where a DOAC is not associated with increased GI bleeding, in spite of the inclusion of a substantial proportion of GI cancers,” noted Agnelli.

The incidence of clinically relevant non-major bleeding was numerically higher in the apixaban vs dalteparin group (9.0 percent vs 6.0 percent; HR, 1.42), and occurred primarily in the upper airways and genitourinary system in apixaban recipients.

All-cause mortality rate at day 210 was 23.4 and 26.4 percent of the apixaban and dalteparin groups, respectively, and was primarily cancer related (85.2 and 88.2 percent, respectively). In each group, four deaths occurred due to VTE and two due to bleeding. The bleeding-related deaths in the apixaban group occurred >3 days after drug discontinuation. Event-free survival over the study period – defined as the absence of recurrent VTE, major bleeding, or death – was greater in the apixaban compared with the dalteparin arm (73.3 percent vs 68.6 percent).

“VTE is a major cause of complications and death in patients [with cancer], and the high risk of recurrent blood clots and bleeding in [these] patients makes anticoagulant treatment challenging,” said Agnelli, highlighting the importance of research in this specific population.

“Major guidelines recommend low-molecular-weight heparin and have recently added edoxaban and rivaroxaban [though] the clinical benefit of these oral agents is limited by the high risk of bleeding, mainly occurring at GI sites,” he said.

“Findings of Caravaggio expand the proportion of patients with cancer-associated thrombosis who are eligible for treatment with DOACs, including patients with GI cancer,” he added.

The difference in efficacy between dalteparin and apixaban occurred at approximately 30 days into treatment, the point of dalteparin dose reduction.

“It is uncertain whether this divergence suggests that continuing with the initial dose of dalteparin might have improved the efficacy of this agent, a possible benefit that must be balanced with the potential increase in bleeding,” said Agnelli and co-authors.

Additionally, a subgroup analysis showed that patients aged <65 years incurred a greater improvement in VTE risk reduction with apixaban vs dalteparin, a finding which should be further explored, they said.

The authors noted that the findings do not extend to patients with cancers that were excluded from the trial. Furthermore, the study was not powered to assess the bleeding endpoint.