Apixaban in the management of nonvalvular atrial fibrillation in older patients: Clinical evidence and experience sharing 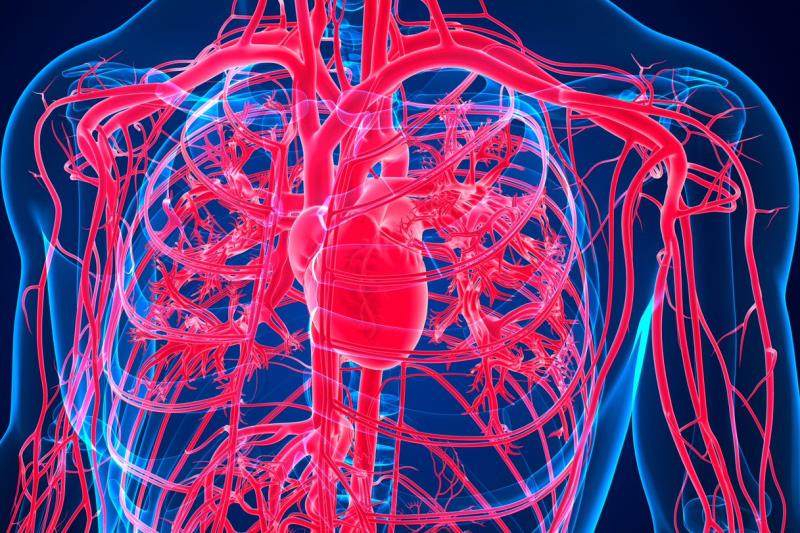 Nonvalvular atrial fibrillation (NVAF) raises the risk of stroke by three to five times, particularly in older patients. Treating older patients with NVAF presents special challenges because of their elevated risks for both stroke and bleeding. This necessitates optimization of anticoagulant therapy by balancing efficacy and bleeding risk. Non-vitamin K antagonist oral anticoagulants (NOACs), such as apixaban, have shown advantages in safety and efficacy over warfarin, which has a very narrow therapeutic index. In an interview with Dr Soon Chao Yang, Cardiologist at The Heart Doctors Clinic, Mount Alvernia Hospital, Singapore, he shared insights on managing NVAF in older patients, as well as his experience with using apixaban in this special population.

Prevalence of NVAF in Singapore
“In Singapore, NVAF is the most common arrhythmia with an increasing trend. In a study in 2008 among Chinese residents, the estimated prevalence of AF in Singapore was 2.6 percent in men and 0.6 percent in women, and increased dramatically to 5.8 percent in adults 80 years and older. [J Electrocardiol 2008;41:94-98] However, this number is likely an underestimate because of lack of awareness and detection,” said Soon. “In addition to that, the incidence has increased in recent years due to population ageing, increasing prevalence of comorbidities (diabetes, hypertension, ischaemic heart disease), and increased awareness and diagnosis of AF (via pulse oximetry, smart watch, etc).”

Management of NVAF
“Anticoagulation is the cornerstone of stroke prevention in AF,” stated Soon.

“The Asia Pacific Heart Rhythm Society (APHRS) consensus guideline recommends the CHA2DS2-VASc score for the prediction of stroke risk in Asians with nonvalvular AF. [J Arrhythm 2017;33:345-367] Oral anticoagulation is recommended for males with a CHA2DS2-VASc score of ≥1 and females with a score of ≥2, with non-vitamin K antagonist oral anticoagulants (NOACs) being preferred over warfarin. However, the benefits of oral anticoagulation must be weighed against the risks of bleeding, which can be assessed via the HAS-BLED score or similar calculators. Major contraindications include ongoing bleeding issues and severe renal dysfunction,” explained Soon.

“In the elderly, managing NVAF is often complicated by the presence of multiple comorbidities,” he added. “This increases the risk of bleeding (eg, peptic ulcers or haemorrhoids, intracranial, and urological bleeding).”

The elderly are also prone to falls due to orthopaedic issues, which increase the risk of bleeding from trauma, Soon continued. “Adherence to anticoagulation is another major issue affecting elderly patients due to memory limitations and limited mobility to access pills, and interactions due to polypharmacy,” he said.

Apixaban in older patients with NVAF: Clinical evidence and updates
The novel oral direct factor Xa inhibitor apixaban was more effective than warfarin in preventing stroke and reducing mortality across all age groups, and associated with less major bleeding, less total bleeding, and less intracranial haemorrhage regardless of age (pinteraction >0.11 for all) (Figure 1) in a pre-specified subgroup analysis of the ARISTOTLE trial. The study authors concluded that owing to higher risk of cardiovascular events at older age, the absolute benefits of apixaban were greater in the elderly. [Eur Heart J 2014;35:1864-1872]

“The good news from these findings is that dosage for the ageing population is predictable and stable for apixaban. Therefore, apixaban can be prescribed without the need for complex dosage adjustments, leading to ease of use,” said Soon.

While unwanted bleeding events are more frequent with increasing age in NVAF patients receiving apixaban, it is likely due to patient-related factors and not due to altered relationships between apixaban concentrations and anti-Factor Xa activity. “Possible patient-related factors may include the risk of falls, unsteady gait, risk of gastrointestinal disease, risk of noncompliance with medication, occupational risk, or renal dysfunction,” Soon clarified.

Clinical experience sharing: Role of apixaban in NVAF
“Apixaban is preferred over warfarin in majority of patients with NVAF due to its simple dosing, predictability, and effectiveness. Importantly, multiple studies have proven that apixaban has a lower incidence of major bleeding compared with warfarin. However, warfarin is still the main anticoagulation of choice for patients with severe or end-stage renal dysfunction due to the nature of warfarin being metabolised in the liver,” said Soon.

“Patients taking NOACs do not require routine coagulation monitoring. However, in patients with low renal function or old age, monitoring to assess pharmacodynamics and to avoid intracranial haemorrhage or major bleeding due to overdose may sometimes be required,” he pointed out.

“Almost all of my NVAF patients older than 65 years are on apixaban or another NOAC. For apixaban, I use 2.5 mg BID instead of 5 mg BID in patients who are older than 80 years, with body weight under 60 kg, or with moderate renal dysfunction (CrCl <30), ” shared Soon. “By God’s grace, my patients have been doing well on apixaban and other NOACs over the past few years. There has been no incidence of breakthrough embolic stroke or major bleeding in any of my patients thus far. Apixaban is well tolerated even in patients older than 90 years old.”

Take-home messages
●            Managing NVAF in older patients is challenging due to multiple comorbidities, increased bleeding risks, increased stroke risks, fall risks, and poor compliance with medication.
●            A recent study confirmed that age has no influence on the relationship between apixaban concentration and anti-factor Xa activity and target ranges. Thus, apixaban dosage for the ageing population is predictable and stable.
●            Apixaban is preferred over warfarin in majority of patients with NVAF, especially in older patients, due to its simple dosing, predictability, effectiveness, and lower risk of bleeding.