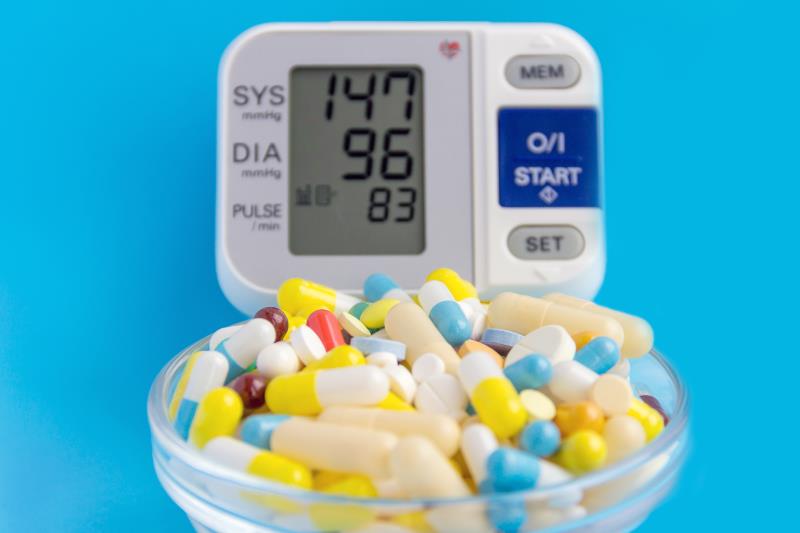 Combination treatment with three or more antihypertensive drugs provides greater blood pressure (BP)-lowering effect than monotherapy, results of a study have shown. However, the net benefit may be lessened when side effects are considered.

Of note, complexity of treatment refers to the higher averaged number of daily medications used in the eligible RCTs.

Ninety-three trials including 290,304 patients (follow-up, 3.9 years) were included in the analysis. The on-treatment mean number of drugs was 2.10 in the more actively treated patients and 0.99 in the less actively treated cohort.

However, an increased rate of side effects leading to treatment discontinuation was observed, but in absolute numbers the benefit usually outweighed the harm.

“Use of drug combinations is recommended by hypertension guidelines for most patients because of the greater BP-lowering effect compared with monotherapy,” the investigators said.