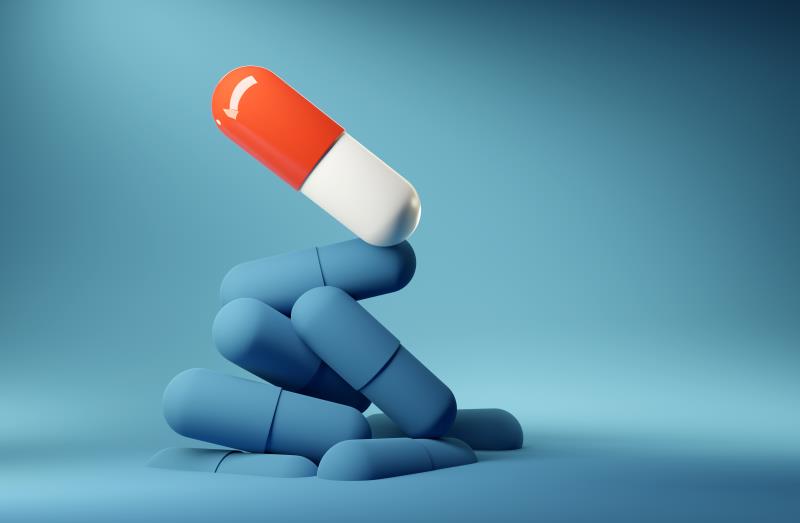 A meta-analysis presented at Crohn’s and Colitis 2021 demonstrated reductions in disease activity among adults with Crohn’s disease (CD) who were taking antibiotics.

“[T]he role of infectious bacterial agents [in CD] has long been suspected … Although biological* treatments remain a staple in dealing with CD, these drugs do not completely reverse the effects of the disease,” noted Joshua Patterson from Delaware State University, Dover, Delaware, US, who presented the findings.

“If bacteria really does, in part, cause CD, then the regulation and modification of the microbiome should be a mainline treatment option,” added Patterson. However, evidence-based recommendations on this matter remains limited despite trials on antibiotics as treatment alternative for CD being conducted, he pointed out.

A total of 38 studies (n=3,398) published between 2001 and 2019 were included in the meta-analysis. Of these, 12 studies evaluated rifaximin (n=1,656) while 10 studies looked into clarithromycin usage (n=1,058). The other 16 studies evaluated metronidazole (eight studies; n=381) and ciprofloxacin (eight studies; n=303). In total, there were 1,740 participants on an antibiotic regimen while 1,658 comprised the control arms of the included studies.

Evaluation of the 10 studies reporting clinical remission revealed an odds ratio (OR) of 0.6877 (95 percent confidence interval [CI], 0.5768–0.7987) in favour of the antibiotic vs the control arm. Evaluation of the 22 studies focusing on clinical response upon completion of an antibiotic regimen demonstrated an OR of 0.7478 (95 percent CI, 0.6214–0.8715). These findings suggest that antibiotics markedly improved CD activity compared with control agents.

The benefit of antibiotics over control agents was further reflected in the achievement of total response, defined as having both clinical remission and clinical response (log-OR, 0.715, 95 percent CI, 0.6319–0.7971). Individual log-ORs were 0.0879, 0.123, 0.1996, and 0.3108 for rifaximin, clarithromycin, metronidazole, and ciprofloxacin, respectively.

“[These findings imply that] the odds of a person being able to lower their CDAI score is higher among those who take antibiotics most notably used in treating inflammatory bowel disease than in placebo,” explained Patterson.

“This is an important outcome because it not only opens up a new treatment option for those suffering from CD, but it also leads credibility to the theory that CD is caused, at least in part, by bacteria, such as Mycobacterium avium subspecies paratuberculosis and adherent invasive Escherichia coli,” he added.

The impact of antibiotics on active CD in a paediatric population should be evaluated in future trials, as well as the potential of antibiotics to sustain remission in this disease setting. Also, given the small population in most of the trials included in the meta-analysis (ie, <100 participants in 29 studies), further trials with larger cohorts are needed, added Patterson.