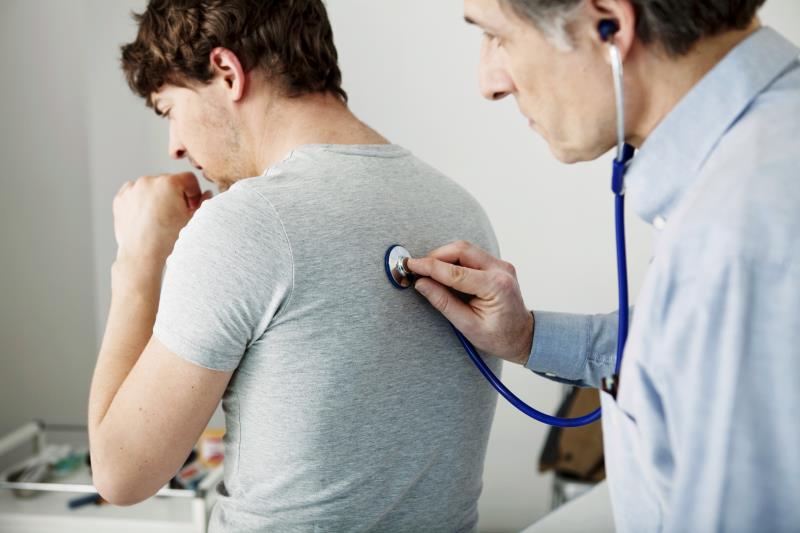 Both antibiotics and systemic corticosteroids reduce treatment failure rates in patients with chronic obstructive pulmonary disease (COPD), regardless of severity of exacerbations, according to a systematic review and meta-analysis of randomized trials.

A total of 68 randomized controlled trials involving adults with mild to severe COPD exacerbations who were treated in out- or inpatient settings (excluding intensive care unit) were included in the analysis. [Ann Intern Med 2020;172:413-422]

Compared with patients in the control group (placebo or usual care without antibiotics/systemic steroids), those who were treated with antibiotics for 3–14 days were twice as likely to have resolution of exacerbation (odds ratio [OR], 2.03, 95 percent confidence interval [CI], 1.47–2.80) and half as likely to experience treatment failure (OR, 0.54, 95 percent CI, 0.34–0.86). The findings were independent of severity of exacerbations and considered to be of moderate strength of evidence.

Systemic corticosteroids, given for 9–56 days, were also associated with less treatment failure regardless of severity of exacerbations (OR, 0.01, 95 percent CI, 0.00–0.13), although the strength of evidence for this was low.

“Systemic corticosteroids were also associated with reduced dyspnoea… at the end of the intervention at 7 to 9 days in outpatients with mild and inpatients with moderate to severe exacerbation,”  the researchers noted.

Nonetheless, total adverse events (AEs) and endocrine-related AEs were more frequent in the systemic corticosteroid group vs the control group.

On the other hand, other pharmacological interventions showed either limited or inconclusive evidence of efficacy for the outcomes measured, or at best, improvements only in lung function. These agents tested included short-acting bronchodilators, aminophyllines, magnesium sulfate, inhaled corticosteroids, and anti-inflammatory agents.

“We found insufficient or no evidence supporting the use of pharmacologic treatments other than antibiotics and systemic corticosteroids,” the researchers concluded.

“Our review found a lack of good-quality, reliable evidence to answer many of the important clinical questions surrounding treatment of patients with exacerbation of COPD,” they added. “There was also insufficient or no evidence informing the optimal choice of antibiotic or corticosteroid treatment regimens (agent type, dosage, application route, or duration of treatment).”

In particular, trials on systemic corticosteroids should evaluate the effects of treatment stratified by baseline eosinophil count in order to assess if the benefits of such treatment are limited only to certain patient subgroup with high eosinophil counts, the researchers pointed out.

“Future studies should focus on high-quality study design and patient-centered outcomes particularly clinical resolution of exacerbation and risk for repeated exacerbation, rather than lung function measurements,” they suggested.