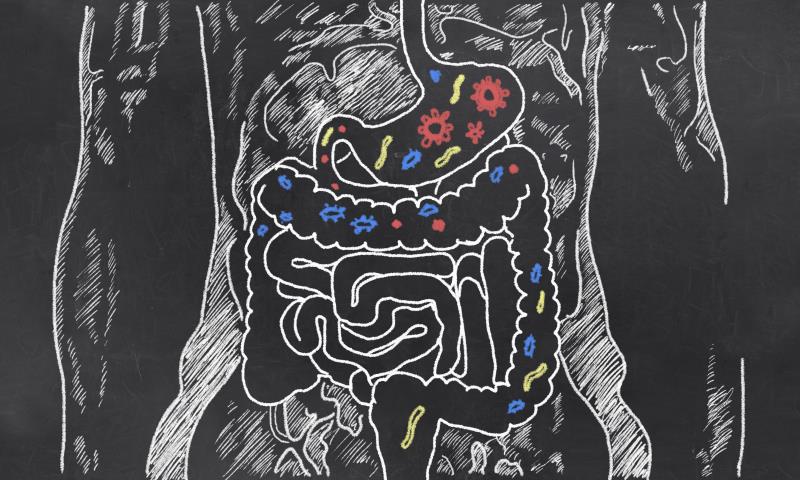 Antibiotic exposure may be associated with an increased risk of early-onset colorectal cancer (CRC), according to a study from Scotland presented at ESMO GI 2021.

“Our findings suggest antibiotics may have a role in colon tumour formation across all age groups, particularly in those aged less than 50 years,” said Sarah Perrott, a medical student at the University of Aberdeen, Scotland, UK, and co-authors.

Researchers of this nested, case-control study used Scottish primary care data to identify 7,903 patients diagnosed with CRC in 1999–2011 and matched them with 30,418 controls. A total of 445 cases of CRC were diagnosed in individuals aged <50 years. The researchers also identified prescriptions for oral antibiotics and categorized them by drug class and anaerobic/non-anaerobic effect, with total antibiotic exposure duration categorized as 0, 1–15, 16–60, and >60 days. Forty-five percent of patients were prescribed antibiotics.

“There was limited evidence of a positive exposure-response relationship between antibiotic use and [CRC] risk, with the exception of proximal colon cancer in the younger cohort (ptrend=0.004),” the authors said.

“Since the late 1980s, global antibiotic consumption and CRC rates in those aged <50 years have soared,” the authors noted. “Junk food, sugary drinks, obesity, and alcohol are likely to have played a part in that rise, but our data stress the importance of avoiding unnecessary antibiotics, especially in children and young adults,” said Perrott.

“Physicians are less likely to investigate a patient with abdominal discomfort for colon cancer if they are in their 30s than if they are in their 70s, and younger patients are not eligible for bowel cancer screening. As a result, their cancer is usually diagnosed at a later stage, when it is more difficult to treat,” commented Professor Alberto Sobrero from the Ospedale San Martino, Genoa, Italy, who was not affiliated with the study.

How are antibiotics involved?

Alterations in gut microbial structure and diversity due to antibiotic exposure have been associated with CRC in older adults, the authors said.

“We now want to find out if there is a link between antibiotic use and changes in the microbiome which can make the colon more susceptible to cancer especially in younger people,” contributed senior author Dr Leslie Samuel from the Aberdeen Royal Infirmary, NHS Grampian, Aberdeen, UK.

“It’s a complex situation as we know that the microbiome can quickly revert to its previous state even when the bowel has been cleared out for a diagnostic procedure such as an endoscopy. We don’t yet know if antibiotics can induce any effects on the microbiome that could directly or indirectly contribute to development of colon cancer,” said Samuel.

“It is too early to say if excessive use of antibiotics could be a causative factor, and we need to understand more about the possible role of the microbiome in bowel cancer before we consider the impact of antibiotics on the intestinal flora,” noted Sobrero.

“[These results] remind us that antibiotics should not be given unless they are really needed, and we cannot exclude the possibility that unnecessary use of antibiotics may be exposing people to an increased risk of cancer,” he added.