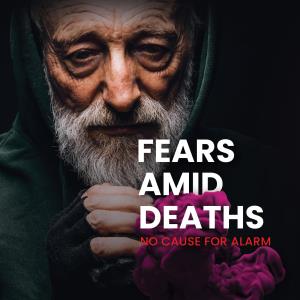 Fears amid deaths: No cause for alarm
Elvira Manzano, 16 Feb 2021
An unsettling report claiming 23 elderly deaths in Norway after receiving COVID-19 vaccine doses made headlines that sow fears among older adults most vulnerable to SARS-CoV-2. The report, downright disturbing as it was, didn’t tell the full story. 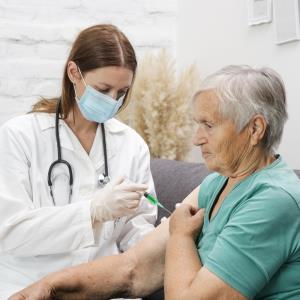 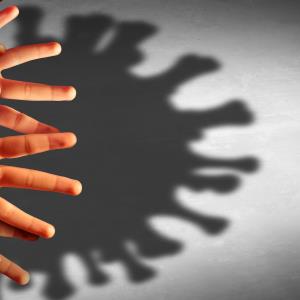 COVID-19 vs flu: Far more fatal and damaging
Pearl Toh, 03 Feb 2021
While it is tempting to draw lessons from previous influenza pandemic in dealing with the relatively new COVID-19 pandemic, emerging data show just how much deadlier COVID-19 intrinsically is compared with influenza — with higher rates of deaths and complications among hospitalized patients with COVID-19. 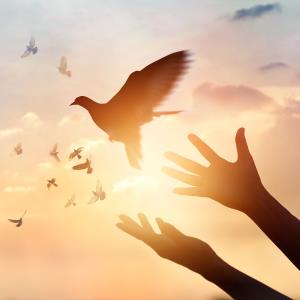 COVID-19 vaccine: A saviour, at last?
Pearl Toh, 19 Dec 2020
With the release of the latest interim efficacy results for ChAdOx1 nCoV-19, the adenovirus-vectored vaccine against COVID-19 is inching a step closer towards regulatory approval — and eventually, widespread use that will hopefully put an end to the relentless carnage by the pandemic.

A 41-year-old male with a history of mild childhood asthma first presented in 2014 when he was hospitalized for treatment of increasing frequency and severity of asthma symptoms as well as upper respiratory tract infection–triggered asthma attacks. He was a nonsmoker and nondrinker, and had no other comorbidities. He played football regularly before his symptoms worsened and became more frequent. He was hospitalized again in 2016 for a severe attack.

Prior to presentation, the patient had been managed with as-needed salbutamol reliever therapy. Salbutamol inhaler use increased from several times a month before 2014 to several times a day due to increasing frequency and severity of symptoms, such as shortness of breath especially on exertion, which affected his work as a postman as well as everyday life. He also complained of frequent nocturnal symptoms, which affected his sleep. Over the years, his asthma treatment was stepped up from an as-needed basis to regular administration of medium-strength and subsequently high-strength inhaled corticosteroid/long-acting β-agonist (ICS/LABA) combination therapy, fluticasone propionate/salmeterol, which was later switched to fluticasone propionate/formoterol (250 µg/10 µg) two puffs twice daily, with oral montelukast. As his symptoms still did not improve, a long-acting muscarinic antagonist (LAMA), tiotropium bromide inhalation spray, was added to the ongoing daily treatment in 2019.

Investigations at presentation revealed an elevated immunoglobulin E (IgE) level of >2,000 IU/mL, an elevated blood eosinophil count of about 600 cells/μL, and an Asthma Control Test (ACT) score range of 6–7. These remained unchanged despite subsequent intensified treatment. Spirometry test carried out after second hospitalization in 2016 revealed a forced expiratory volume in 1 second to forced vital capacity (FEV1/FVC) ratio of 0.69 with negative bronchodilator response of 140 mL improvement in post-bronchodilator FEV1, indicating some airway obstruction with no gross impairment of lung function. At that time, the patient’s FEV1 was 3.4 L (90 percent of predicted FEV1 value), and skin-prick test showed strongly positive results for dog dander and house dust mite sensitivities.

Despite good compliance with maximal inhaler therapy and oral montelukast as well as good inhaler techniques, the patient’s condition showed minimal improvement, with cessation of asthma attacks being the only relief.

Treatment with an anti–IL-5 agent and response

A subcutaneous (SC) 4-weekly injection of mepolizumab 100 mg was added to the patient’s treatment regimen in May 2020. The patient’s blood eosinophil count was 500 cells/μL in two consecutive assessments conducted in April and May 2020, prior to mepolizumab initiation.

Although mepolizumab has been shown to be generally safe and well-tolerated, the patient was admitted to the day hospital for inpatient administration of the first dose as a precautionary measure for close monitoring of possible adverse reactions to treatment. As recommended before commencing treatment with biologics, the patient was screened for parasitic infestations and active infections.

The patient experienced marked symptom improvements after the fourth month of treatment with mepolizumab. He reported being able to carry out his postman duties with greater ease due to significant improvement in shortness of breath, although he was still unable to resume playing football. He also reported significant reduction in nocturnal symptoms. While he was maintained on the same maximum inhaler doses and oral montelukast, his requirement of as-needed salbutamol was significantly reduced as he experienced less shortness of breath. His ACT score, which remained at 6–7 after the first three injections, improved to 11 after the fifth dose and has since remained stable. His IgE levels after treatment with mepolizumab remained at around 2,000 IU/mL, while blood eosinophil count was found to have dropped to 100 cells/μL in July 2020 and to 0 cells/μL in October 2020.

The 2020 update of the Global Initiative for Asthma’s (GINA) Global Strategy for Asthma Management and Prevention recommends biologics targeting type 2 inflammation as add-on therapy for severe asthma in the final step (Step 5) of asthma management, in patients with exacerbations or poor symptom control despite maximal or optimal ICS/LABA combination therapy or add-on tiotropium, who need maintenance therapy with oral corticosteroids (OCS) or have eosinophilic or allergic biomarkers, with or without type 2 comorbidities such as nasal polyposis.1

Mepolizumab is a humanized interleukin-5 (IL-5) monoclonal antibody that directly inhibits IL-5, a key cytokine generated in type 2 inflammation. This reduces eosinophils in the circulation and tissue sites, thus inhibiting eosinophilic inflammation and effectively reducing exacerbations as well as the need for OCS treatment in severe eosinophilic asthma (SEA).2,3

Our patient was a case who benefitted from GINA-recommended specialized treatment.1 Mepolizumab was chosen for the patient due to its good safety and tolerability profile in SEA as well as the wider experience of its use by clinicians in Hong Kong. Although the patient did not have exacerbations and did not require OCS, his frequent nocturnal symptoms and severe symptoms that affected his physically demanding work despite good compliance with all standard-of-care (SoC) treatments given at maximum doses warranted treatment with a biologic.

The MENSA (Mepolizumab as Adjunctive Therapy in Patients with Severe Asthma) study found that in patients treated with high-dose ICS with or without maintenance OCS for asthma control, treatment with mepolizumab reduced exacerbations by approximately half, improved quality of life, and resulted in better asthma control.2

Significant and clinically meaningful benefits of add-on mepolizumab vs placebo in improving asthma control and health-related quality of life were further demonstrated in the multinational, randomized, placebo-controlled MUSCA (Mepolizumab Adjunctive Therapy in Subjects with Severe Eosinophilic Asthma) trial, which included 556 patients aged ≥12 years with SEA and a history of at least two exacerbations requiring treatment in the past year despite regular use of high-dose ICS plus other controller medicines.4 In the trial, mepolizumab showed significant improvements vs placebo at week 24 in St George’s Respiratory Questionnaire (SGRQ) total score (least squares mean [SE] change from baseline, -15.6 [1.0] vs -7.9 [1.0]; treatment difference, -7.7; 95 percent confidence interval [CI], -10.5 to -4.9; p<0.0001). Improvements in SGRQ total score exceeded minimal clinically important difference (MCID; ≥4-point reduction in SGRQ score) from week 12 onwards for mepolizumab vs placebo. The mean annualized rates of clinically significant exacerbations, and exacerbations requiring an emergency room visit or admission to hospital, were significantly lower in the mepolizumab group vs the placebo group, resulting in yearly rate reductions of 58 percent and 68 percent, respectively.4 (Figures 1 and 2)

The long-term safety and durability of response to mepolizumab have been demonstrated in the COLUMBA (Open-label Long Term Extension Safety Study of Mepolizumab in Asthmatic Subjects) study, which included 347 patients monitored over an average of 3.5 years. Results showed that after long-term use in patients with SEA, mepolizumab maintained clinical efficacy and continued to demonstrate a favourable safety profile, with no evidence of inducing neutralizing antibodies. Common adverse effects occurring in more than 10 percent of patients during the study were respiratory tract infection, headache and sinusitis.5

Our patient tolerated mepolizumab well without experiencing side effects. For more patients with severe asthma symptoms uncontrolled on maximum SoC therapy who do not have asthma exacerbations to benefit from biologic therapy and multidisciplinary care, primary care physicians, who are usually the patients’ first point of contact in the healthcare system, are encouraged to keep abreast of the latest advances in asthma treatment and guidelines, so that patients could be appropriately assessed, phenotyped, diagnosed, advised and referred to specialist care if necessary. Administration of each biologic injection dose should preferably be done at a specialist clinic, especially during the early stages of treatment, so that patients’ progress could be monitored by specialists and trained asthma-care nurses at the same time. As asthma is a chronic disease that requires long-term treatment, patients’ issues with treatment acceptance and affordability should be overcome first for successful asthma management.

Fears amid deaths: No cause for alarm
Elvira Manzano, 16 Feb 2021
An unsettling report claiming 23 elderly deaths in Norway after receiving COVID-19 vaccine doses made headlines that sow fears among older adults most vulnerable to SARS-CoV-2. The report, downright disturbing as it was, didn’t tell the full story.

COVID-19 vs flu: Far more fatal and damaging
Pearl Toh, 03 Feb 2021
While it is tempting to draw lessons from previous influenza pandemic in dealing with the relatively new COVID-19 pandemic, emerging data show just how much deadlier COVID-19 intrinsically is compared with influenza — with higher rates of deaths and complications among hospitalized patients with COVID-19.

COVID-19 vaccine: A saviour, at last?
Pearl Toh, 19 Dec 2020
With the release of the latest interim efficacy results for ChAdOx1 nCoV-19, the adenovirus-vectored vaccine against COVID-19 is inching a step closer towards regulatory approval — and eventually, widespread use that will hopefully put an end to the relentless carnage by the pandemic.