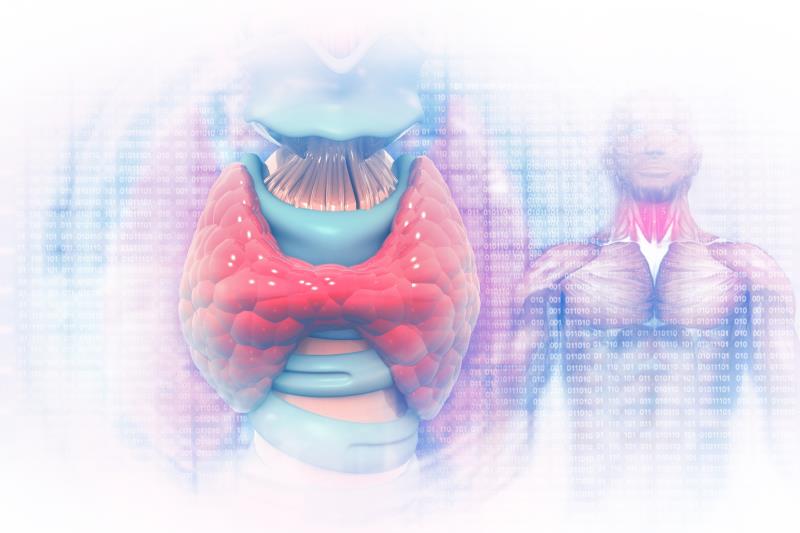 The investigators sought to determine whether the benefit of anlotinib in NSCLC may extend to RAIR-DTC. They randomized 113 patients (median age 56 years, 67 percent female) 2:1 to receive 3-week cycles (2 weeks on, 1 week off) of anlotinib 12 mg QD or placebo. Median durations of treatment were 34 and 12 cycles for anlotinib and placebo, respectively. Sixty-five percent of placebo recipients crossed over to open-label anlotinib following disease progression. [ESMO Asia 2020, abstract 265O]

The higher percentage of women vs men on anlotinib (57 percent vs 43 percent) may partly explain for the longer median PFS, as women have a relatively lower risk of TC progression, noted Dr Yihebali Chi from the Chinese Academy of Medical Sciences and Peking Union Medical College, Beijing, China, who presented the findings.

Anlotinib use was also associated with higher objective response rate (59 percent vs 0 percent; p<0.0001) and disease control rate (97 percent vs 78 percent; p=0.002) compared with placebo use.

Anlotinib had a favourable safety and tolerability profile, with a relatively low incidence of serious treatment-related adverse events (AEs; 16 percent) and dose reductions (34 percent). The most common AEs observed with anlotinib use were hypertension (84 percent) and hand-foot syndrome (74 percent).

EORTC QLQ-C30*** scores (15# items) were generally similar between groups, both at baseline and after 12 cycles, noted Chi. “[This suggests that] anlotinib had no obvious impact on quality of life … [potentially due to the] decreased tumour burden and TRAEs … [T]he steady scores in the placebo arm [may be due to the fact] that only patients without disease progression received the questionnaires at each assessment,” she explained.

Mortality rate was lower with anlotinib vs placebo (26 percent vs 38 percent; HR, 0.57; p=0.098). Moreover, a significant OS benefit was observed after adjusting for potential bias from the crossover from placebo to anlotinib (HR, 0.36; p=0.0033). However, OS data are still immature, stressed Chi.

“[Nonetheless,] the study demonstrates the efficacy and safety of anlotinib and supports its use as a new option for the treatment of locally advanced or metastatic RAIR-DTC,” she concluded.