Amoxicillin-clavulanate regimen for PBB: 4 weeks no better than 2 weeks 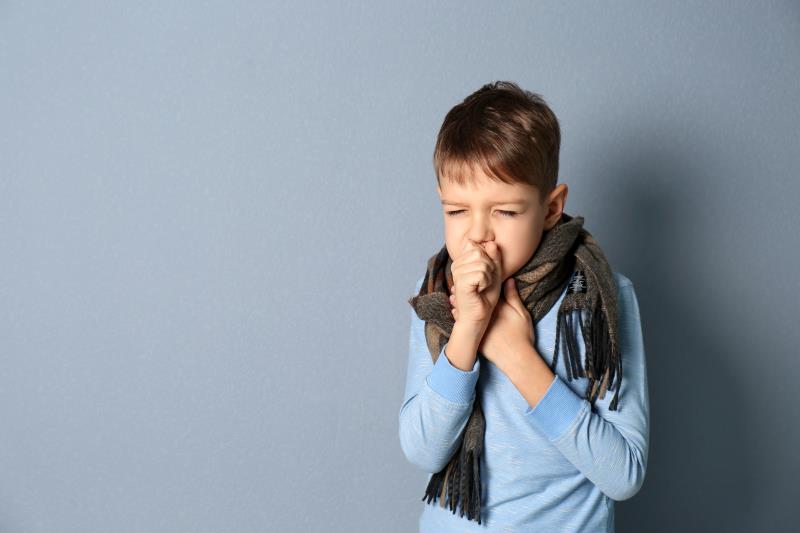 “Four weeks of antibiotics vs 2 weeks had no effect on cough resolution at 28 days. However, 4 weeks of antibiotics is associated with increased time to next wet cough exacerbation,” presented Dr Tom Ruffles from The Royal Alexandra Children’s Hospital in Brighton, UK, at ERS 2020.

The study population comprised 106 children aged 2 months to 19 years (median age 2 years) with suspected PBB. They were randomized to receive twice-daily doses of amoxicillin-clavulanate (reconstituted to 400 mg/57 mg/5 mL and dosed at 25–35 mg/kg/dose) for either 4 weeks or 2 weeks followed by a 2-week period on placebo. Compared with children in the 2-week group, those in the 4-week group had a longer duration of cough (21.4 vs 13.0 weeks) and lower use of antibiotics for current cough at enrolment.

“PBB is defined clinically as a chronic wet cough greater than 4 weeks duration without signs or symptoms of another cause that responds to an appropriate 2- to 4-week course of antibiotics,” explained Ruffles.

“However, there is little consensus with respect to the optimal duration of antibiotic treatment for PBB,” he said, noting the different recommendations as stated in the British Thoracic Society and the American College of Chest Physicians guidelines (4- to 6-week and 2-week initial course, respectively). [Thorax 2008;63(Suppl III):iii1-iii15; Chest 2020;158:303-329]

“[In this study,] longer duration of antibiotics was associated with a fourfold increase in the time to next wet cough exacerbation,” Ruffles pointed out. However, randomized controlled trials are warranted to determine the optimal duration of antibiotic treatment for PBB in children, as well as a potential subgroup that may benefit from longer regimens.