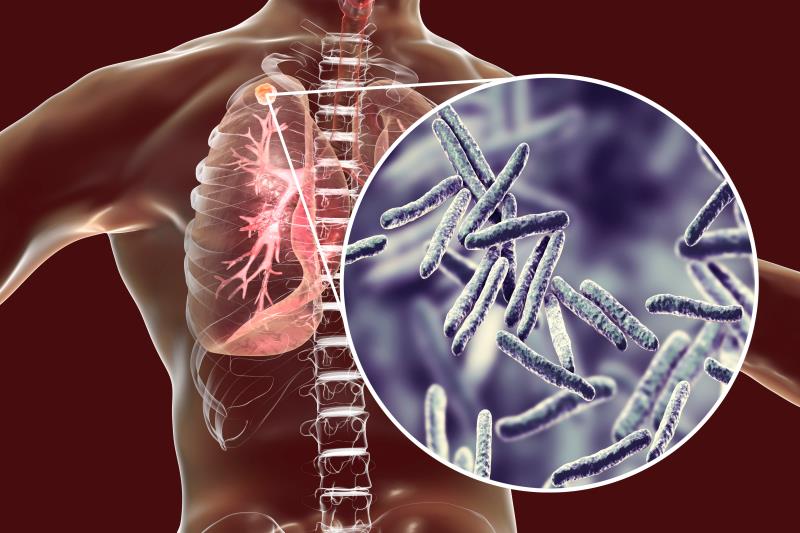 An all-oral triplet regimen of bedaquiline, pretomanid, and linezolid leads to resolution of extensively drug-resistant (XDR) and multidrug-resistant (MDR) tuberculosis (TB) in 90 percent of patients, with no relapse for at least 6 months after treatment, the Nix-TB* study has shown.

“Cure rates for XDR TB were less than 50 percent before the advent of new drugs. Therefore, this is a triumph, and the authors are to be congratulated for their vision and courage in tackling the most difficult-to-treat forms of TB,” wrote Drs Guy Thwaites and Payam Nahid from the University of Oxford, Oxford, UK and University of California, San Francisco in San Francisco, California, respectively, in a linked editorial. [N Engl J Med 2020;382:959-960]

There is no standard treatment for XDR TB and patients are left with limited treatment options for the disease, which is historically known to have poor outcomes. According to the researchers, the published success rates for treatment was below 20 percent in South Africa, where the Nix-TB study was conducted.

During the 6 months after the end of treatment, 90 percent of the patients had a favourable outcome, defined as clinical disease resolution with a negative culture status, provided unfavourable outcome** was absent. [N Engl J Med 2020;382:893-902]

The findings remained even after stratifying the analysis based on the type of TB: favourable outcome occurred in 89 percent of patients with XDR TB and in 92 percent of those with MDR TB.

The single-arm, open-label study included 109 patients (median age 35 percent, 57 percent male) with XDR or MDR TB that was unresponsive to treatment or intolerant to second-line regimen. The patients were treated with daily dose of oral bedaquiline*** plus pretomanid 200 mg and linezolid 1,200 mg for 26 weeks. They were followed up for 6 months after the end of treatment.

The remaining unfavourable outcomes consisted of two relapses during follow-up, one loss to follow-up, and one consent withdrawal during treatment.

During treatment, peripheral neuropathy occurred in 81 percent of the patients, which according to the researchers, was an expected side effect of linezolid and the symptoms were mostly mild to moderate. The second most common adverse events were related to blood and lymphatic system disorders, with myelosuppression reported in 48 percent of the patients.

“[These AEs], although common, were manageable, often leading to dose reductions or interruptions in treatment with linezolid,” said the researchers.

“Despite these forms of TB being historically hard-to-treat conditions, treatment success was 90 percent, which is similar to that obtained with the standard of care … in modern trials of treatment for drug-sensitive TB,” they stated.

Gaps in the field

While lauding the success of the triplet regimen in the study, Thwaites and Nahid also highlighted the persisting need for developing new regimens and “the spectacular inadequacy of support for their development and the tools needed for their effective use in the field.”

As toxicities and development of resistance are the crux of the matter in the ongoing efforts to develop new regimens and to control the disease, the editorialists urged the community as a whole to invest earnestly “in tools for detecting and monitoring resistance”, in addition to more clinical trials of new drugs.