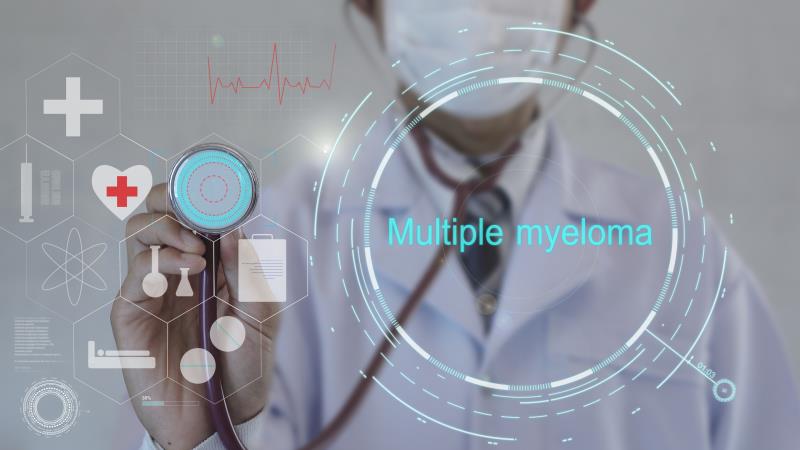 “Daratumumab in combination with VMP prolonged OS in patients with transplant-ineligible NDMM, with a 40 percent reduction in the risk of death versus VMP alone,” said the researchers. “These findings continue to support the use of daratumumab-based regimens for front-line treatment in [this population].”

The OS benefit was consistent across all prespecified subgroups analysed, with follow-up ongoing for the one exception – patients with high cytogenetic risk.

A sustained negative MRD status for ≥12 months was associated with improved PFS and OS, noted the researchers.

In the initial nine cycles of treatment, the most frequent grade 3–4 treatment-emergent adverse events (AEs) were neutropenia (40 percent [D-VMP] vs 39 percent [VMP]), thrombocytopenia (34 percent vs 38 percent), and anaemia (15 percent vs 20 percent). Grade 3–4 infections occurred more often in D-VMP than VMP recipients during this period (22 percent vs 15 percent), as did serious AEs (38 percent vs 33 percent). During daratumumab-only maintenance therapy in the D-VMP group, respiratory tract infections (RTIs; 19 percent with upper RTI, 12 percent with viral upper RTI, and 15 percent with bronchitis), cough (12 percent), and diarrhoea (10 percent) were the most frequently occurring AEs.

These results were obtained from the assessment of 706 transplant ineligible patients (median age 71 years) with NDMM from 25 countries who were randomized 1:1 to receive D-VMP (n=350) or VMP* (n=356).

The OS benefit with continuous therapy is unsurprising, given that VMP recipients did not receive maintenance therapy compared with D-VMP recipients who received maintenance doses of daratumumab monotherapy, said Dr Saad Usmani from the Levine Cancer Institute–Atrium Health in Charlotte, North Carolina, US, in a commentary. [Lancet 2019;doi:10.1016/S0140-6736(19)33063-6]

“A pertinent question is whether the quadruplet therapy including daratumumab will replace the current triplet therapy and alter clinical practice to establish a new standard for transplant-ineligible NDMM. Based on favourable OS results of D-VMP, we believe the future is already here, and the benefit of adding daratumumab to a backbone of lenalidomide, bortezomib, and dexamethasone will be clarified once we have the mature results of an ongoing study in transplant-ineligible MM,” he said.