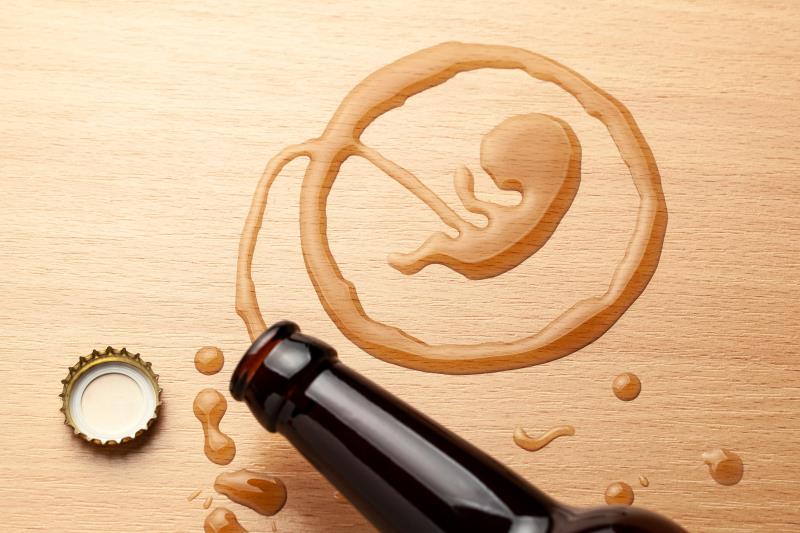 “Moderate drinking in the second half of menstrual cycle is linked to reduced chances of pregnancy,” said Professor Kira Taylor from the University of Louisville School of Public Health and Information Sciences in Kentucky, US at ESHRE 2021. “We’ve found an inverse association between alcohol intake and fecundability as heavy drinking at any phase of the menstrual cycle was significantly associated with a reduced probability of conception compared to non-drinking.”

This, she said, is important because “some women who are trying to conceive might believe it is safe to drink during certain parts of the menstrual cycle.”

Alcohol and fecundability – is there a link?

Taylor said despite strong signals for elevated risk of infertility among women drinkers who want to conceive, previous studies point to possible residual confounding. In addition to that, the timing of drinking and the drinking patterns during the menstrual cycle have not been thoroughly investigated.

This led her team to evaluate the link between alcohol intake and fecundability, defined as the probability of achieving a pregnancy within one menstrual cycle, using data from the Mount Sinai Study of Women Office Workers, a prospective cohort study of fertility in the US. [Human Reproduction 2021;doi:10.1093/humrep/deab121]

Women (n=413) aged 19-41 years were recruited and followed for a maximum of 19 menstrual cycles. Menstrual cycle phases were calculated using the Knaus-Ognio approach. Daily diaries reporting alcohol intake (type and number of drinks) were analysed. Urine samples were checked each month for pregnancy.

Each drink consisted of a third of a litre of beer (355 mL), a medium glass of wine (148 mL), or just under a double shot of spirits (44 mL). Data on individual confounders such as age, medical history, smoking, obesity, use of birth control methods, and intention to conceive were gathered.

“During the luteal phase [just after the ovulation phase] – before bleeding would start – heavy drinking and moderate drinking were significantly associated with a [49 percent and 44 percent, respectively] reduction in fecundability compared with no drinking,” Taylor reported.

“At the time of ovulation which usually happens at day 14 of the cycle, consuming a lot of alcohol – either heavy or binge drinking – was similarly associated with reduced chances of conception,” she added. Heavy drinking during this cycle was associated with a 61 percent reduced odds of pregnancy. However, Taylor said these are all rough estimates and should be interpreted with caution.

Each extra day of binge drinking was associated with a 19 percent reduction in the probability of conceiving during the luteal phase and a 41 percent reduction during the ovulatory phase. There was no significant difference in the results between different types of drinks.

Make no mistake: Alcohol not for birth control

Taylor said the possible mechanism behind the association could be that heavy drinking in the ovulatory window could disturb the delicate sequence of hormonal events, affecting the chances of a successful conception.

Her final message: the results should not be construed to mean that alcohol intake prevents pregnancy. “Alcohol is not for birth control. Even if a woman drinks heavily and she has unprotected intercourse, she can become pregnant,” Taylor pointed out.