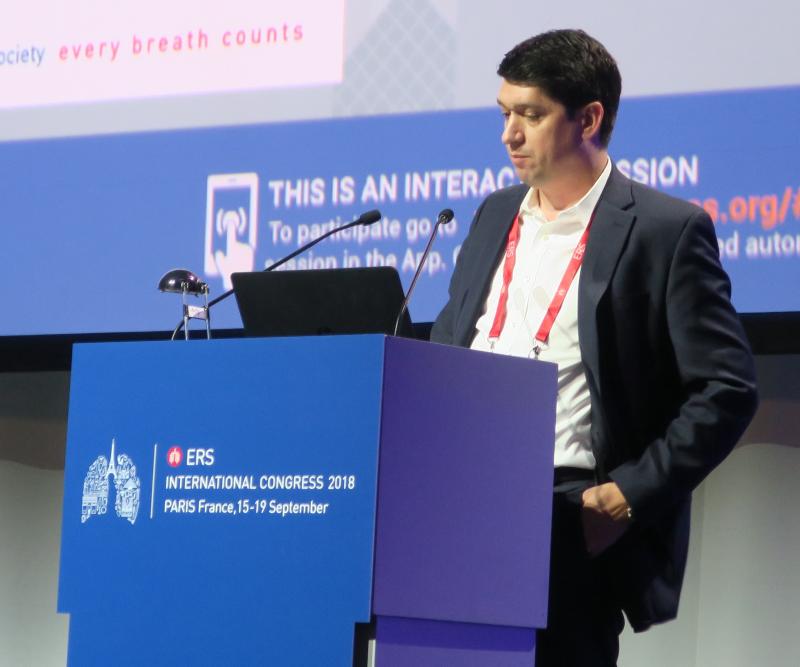 The airway microbiota is recently demonstrated to be associated with lung cancer via up-regulation of the ERK, PI3K and IL-17A signalling pathways, according to data presented at the recent European Respiratory Society (ERS) International Congress 2018.

After a total of 190 airway samples (buccal and lower airway) were analyzed for 16S rRNA gene sequences, airway samples were found to be enriched with the oral anaerobes Prevotella, Streptococcus and Veillonella. The genus Veillonella was the most abundant and most strongly associated with transcriptomic changes.

In the in vitro experiments, human lung epithelial (A549) cell lines were exposed to microbial products from bronchioalveolar lavage (BAL) samples. Results of the experiments showed that the ERK, PI3K and IL17A signalling pathways were activated upon exposure to Veillonella.

The addition of bacterial products to cigarette smoke condensate-exposed A549 cells led to further up-regulation of genes related to the ERK and PI3K signalling pathways.

A study has also shown that an increase in interleukin-17A (IL-17A) without additional mutations can promote lung cancer growth by promoting inflammation, which contributes to resistance to programmed cell death 1 (PD-1) blockade and sensitizes tumours to cytokine and neutrophil depletion. [J Thorac Oncol 2017;12:1268-1279]

Another study demonstrated that changes in the pulmonary microbiota are associated with progressive respiratory diseases and host-microbial cross-talk could underlie the chronicity of inflammatory lung diseases. [Am J Respir Crit Care Med 2016;193:975-987]

“There is a lot to learn and understand about the role of inflammation [in lung cancer development]. Data have shown that cancer thrives around a pro-inflammatory environment. This also affects immune surveillance and how patients respond to immunotherapy,” explained lead investigator Dr Leopoldo Segal of the NYU School of Medicine, New York, US.

“In the future, we will probably establish that the lung cancer microenvironment is surrounded by a biofilm of microbes promoting survival of cancer cells. This anaerobic [facultative anaerobic] environment will favour colonization by these microbes,” added Segal.

The findings of the study support a recent report that antibiotic use reduces clinical benefit from immune checkpoint inhibitor therapy in renal cell carcinoma and non-small-cell lung carcinoma. [Ann Oncol 2018;29:1437-1444]