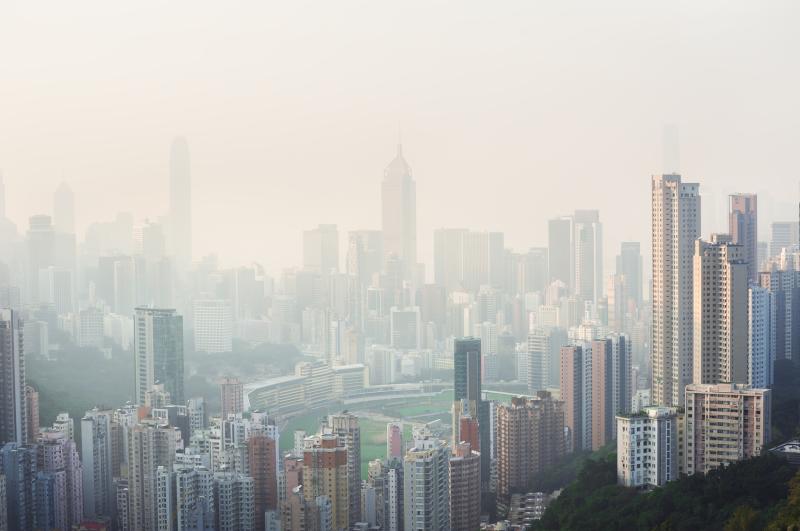 In the first 10 days of May 2017 alone, air pollution reached ‘very high’ and ‘serious’ levels in six out of Hong Kong’s 13 monitoring stations.

Despite significant progress in controlling air pollution, it remains an urgent public health problem, according to a recent European study, which found that more than 300,000 deaths in the region could be attributed to air pollution in 2019.

“Overall, air pollution levels, air pollution-related morbidity and mortality have decreased considerably in Europe in the last three decades. However, with the growing European population, air pollution remains an important public health and economic issue. Policies targeting air pollution reduction should continue to be strongly enforced to further reduce one of the greatest risk factors for human health,” the researchers said.

In turn, the public health burden attributable to air pollution likewise decreased. In 2019, 368,006 deaths in the region were deemed to be related to air pollution, down by 42.4 percent from the death count in 1990. Of the 43 European countries included in the analysis, 37 were able to lower such death toll.

Similarly, the median age-standardized death rate and disability-adjusted life years (DALYs) attributable to air pollution were lower in 2019 than in 1990.

APM2.5 emerged as the most important air pollutant for mortality and was deemed related in around 332,700 deaths (90.4 percent) in 2019. This was followed by household air pollution for solid fuels and ambient ozone pollution, which were associated with only 19,500 and 17,300 deaths, respectively.

Moreover, the researchers found that ischaemic heart disease (IHD) was the most common cause, accounting for 44.6 percent of deaths associated with air pollution, or around 164,300 deaths. This was followed by stroke (n=92,700) and tracheal, bronchus, and lung cancers (n=39,500).

The decrease in air pollution exposure likewise resulted in a drop in premature deaths associated with air pollution. In 2019, for instance, 24,917 years of life were lost per 100,000 population, as compared to 67,258 years of life lost in 1990, corresponding to a 63-percent decrease.

“However, despite the progress made, air pollution remains an important pan-European public health issue with nearly three-fourths of European countries still exceeding the annual WHO Air Quality Guideline for aPM2.5 pollution of 10 μg/m3 in 2019,” the researchers said.

“Even though implementing air pollution reduction measures may be a significant challenge for some countries, with population growth and increased urbanization in Europe, air quality should be prioritized for long-term economic growth and improved overall population health,” they added.