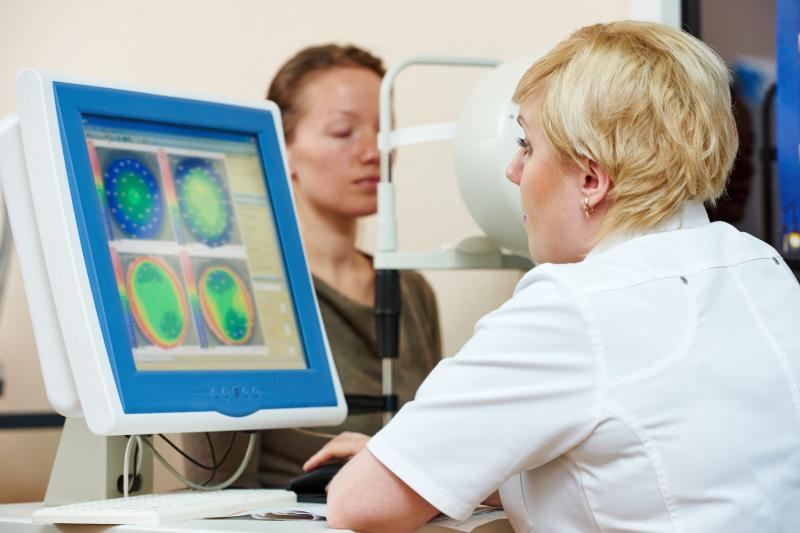 An artificial intelligence (AI) dashboard for examining glaucomatous functional loss, developed using a large visual field (VF) dataset containing a broad spectrum of visual deficit types, provides clinicians with a user-friendly tool to determine the severity of glaucomatous vision deficit and the spatial extent of the damage, as well as monitor disease progression, reports a study.

“We entered VF data from the most recent visit of glaucomatous and nonglaucomatous patients into a ‘pipeline’ that included principal component analysis (PCA), manifold learning, and unsupervised clustering to identify eyes with similar global, hemifield, and local patterns of VF loss,” the authors said. “We visualized the results on a map, which we refer to as an ‘AI-enabled glaucoma dashboard’.”

A total of 31,591 VFs on 8,077 participants were identified in this retrospective, cross-sectional, longitudinal cohort study. Of these, 13,231 VFs from the most recent visit of each patient were included in the development of the AI-enabled dashboard. To validate the models, longitudinal VFs from 287 eyes with glaucoma were used.

The authors annotated the dashboard using density-based clustering and the VF decomposition method called “archetypal analysis.” Finally, two separate benchmark datasets—one representing “likely nonprogression” and the other representing “likely progression”— were used to validate the dashboard and evaluate its ability to portray functional change over time in glaucoma.

The primary outcome was the severity and extent of functional loss as well as characteristic patterns of VF loss in patients with glaucoma.

Thirty-two nonoverlapping clusters were identified following the development of the AI-enabled dashboard and after excluding 38 percent of the mapped VFs located on the shallow regions of the dashboard. [www.healio.com/news/optometry/20200602/aienabled-dashboard-provides-map-for-visual-field-loss-in-glaucoma; Ophthalmology 2020;127:1170-1178]

“The AI provided an explainable and clinician-friendly tool with multiple layers of glaucoma knowledge on a simple interpretable two-dimensional map, which we have termed the ‘dashboard’,” Dr Siamak Yousefi from the University of Tennessee Health Science Center and colleagues wrote. [www.healio.com/news/optometry/20200602/aienabled-dashboard-provides-map-for-visual-field-loss-in-glaucoma]

Derek Macdonald, a fellow of the American Academy of Optometry, stated in a separate opinion that the research by Yousefi and colleagues “made my head hurt.” [www.healio.com/news/optometry/20200602/aienabled-dashboard-provides-map-for-visual-field-loss-in-glaucoma]

However, he credited the authors “for recognizing the limitations of current binary and linear analyses and creating an AI-informed dashboard that identifies characteristic global and local patterns on a continuous scale spanning the spectrum of VF loss, relates those to present and projected vision-related quality of life, and does so in a user-friendly and clinically applicable manner that informs decision-making across the glaucoma continuum.”