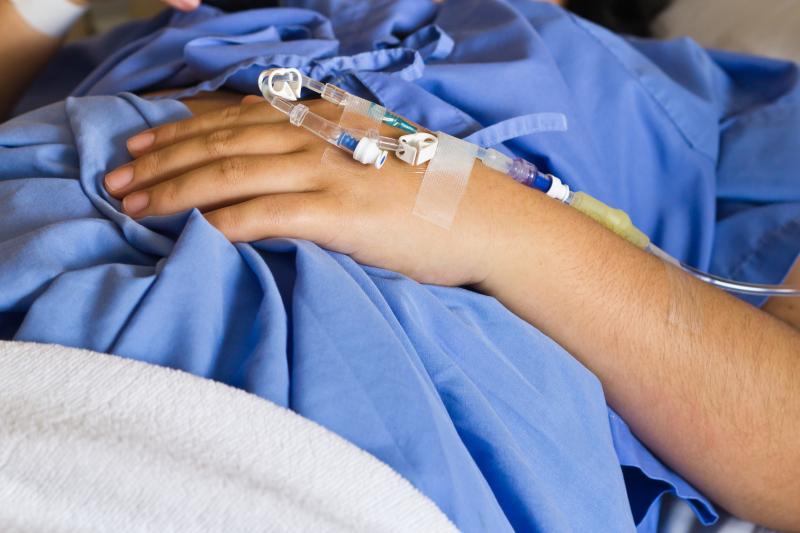 Of the randomized patients, 469 were included in the final analysis. The primary endpoint of contrast-induced AKI, which was defined as an increase of >25 percent or 0.5 mg/dL in serum creatinine from baseline during the first 48–72 hours after primary angioplasty, occurred with significantly lower frequency in the aggressive vs general hydration group (21.8 percent vs 31.1 percent; risk ratio [RR], 0.70, 95 percent confidence interval [CI], 0.52–0.96).

In terms of safety, there was no significant difference seen in acute heart failure between the aggressive hydration group and the general hydration group (8.1 percent vs 6.4 percent, respectively; RR, 1.13, 95 percent CI, 0.66–2.44). Further analysis showed that aggressive hydration was more effective at preventing contrast-induced AKI in subgroups of male patients, those with renal insufficiency, and those with nonanterior myocardial infarction.