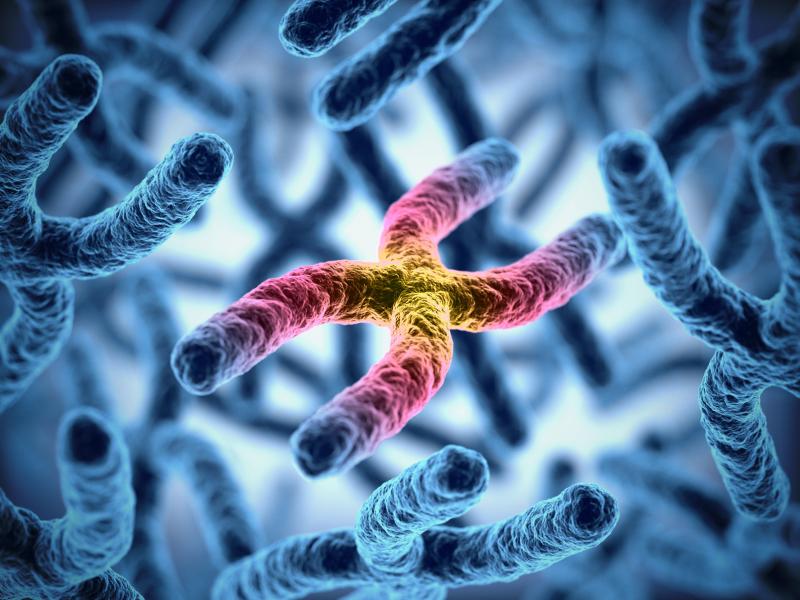 Patients with sporadic idiopathic pulmonary fibrosis (IPF) aged <60 years and who have nonspecific immunological or haematological abnormalities are at increased risk of telomere shortening, as well as present a poorer prognosis, according to a study.

“[I]dentification of telomere shortening in pulmonary fibrosis is important in predicting patient outcome,” researchers said. “Our study determines a probability pretest model for telomere shortening that detects IPF patients with higher risk and, therefore, that most benefit from genetic study.”

Family aggregation, age of <60 years, and presence of nonspecific immunological or haematological abnormalities all predicted a greater risk of telomere shortening. [Respirology 2019;24:146-153]

“Our most important finding was the different ratio of shortened telomeres depending on the clinical phenotype,” researchers said. “Thus, although the overall probability of telomere shortening was 25 percent, in those patients younger than 60 years of age who presented some nonspecific immunological and haematological abnormalities, the probability was almost 100 percent.”

Furthermore, suspicion regarding the negative impact of telomere shortening on outcome might grow with the presence of identified blood or immunological abnormalities even in IPF patients older than 60 years, the age group at which most of them are diagnoses, they added. [Am J Respir Crit Care Med 2011;183:788-824]

Retrospective cohort studies found an association between telomere shortening and worse survival outcomes. Newton and colleagues reported a survival rate of 2–3 years in the analysis of telomere-related gene mutation from 64 families, but the mean age for those mutation carriers was 58 years. [Eur Respir J 2016;48:1710-1720; Eur Respir J 2014;44:178-187; Respirology 2015;20:947-952]

“The results from our prospective cohort highlight that the prognosis associated with telomere shortening depends in part on the age of disease onset, suggesting that the sooner the lung fibrotic process develops the faster the lung ageing and disease progression occur,” researchers said.

“Several hypotheses could explain this observation, including genetic anticipation and higher cell turnover in younger patients with the same gene defect,” they added.