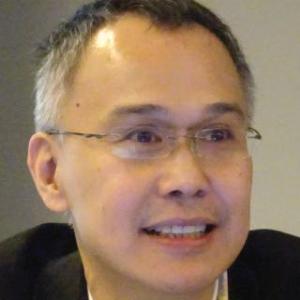 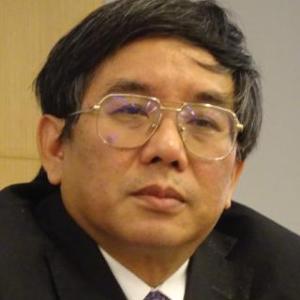 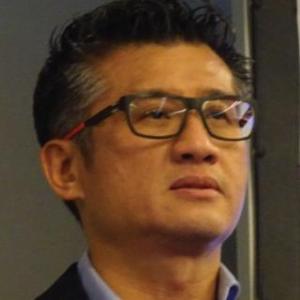 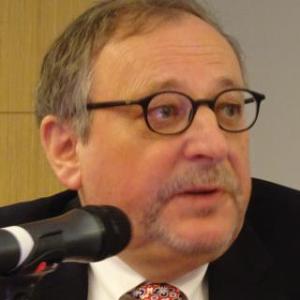 Classification and treatment of non-small cell lung cancer (NSCLC) has greatly evolved in recent years. A better understanding of this complex malignancy has led to a shift from histologic diagnosis to more accurate subclassification using molecular screening which, in turn, led to the transition from empiric treatment to molecular target therapy. At the European Society for Medical Oncology (ESMO) Asia 2016 Congress in Singapore, Dr Ross Soo from the National University Cancer Institute, Singapore, Professor James Chih-Hsin Yang from the National Taiwan University Hospital, Taiwan, Professor Tony Mok from The Chinese University of Hong Kong, Hong Kong, and Professor Fred Hirsch from the University of Colorado Cancer Center, Colorado, US presented therapeutic biomarker-driven strategies for improving outcomes in patients with NSCLC. The discussion focused on the role and impact of molecular target therapy using epidermal growth factor receptor (EGFR) and anaplastic lymphoma kinase (ALK) biomarkers and T-cell-based immunotherapy in coming up with algorithms to guide clinicians in selecting the best treatment regimen for each patient.

“The old-style approach was one size fits all, where we’re using targeted therapy but in an unselected patient population and most of the time, we’re hitting the wrong target. We have to treat a lot of patients just to benefit a few,” said Soo. “Nowadays, it’s more biomarker-driven where we identify molecular subsets, match the target with treatment, leading to improved therapeutic outcomes.”

Not only are these novel strategies cost-saving, they also help accelerate drug approval and enable patients to have early access to the drugs, he said.

Despite first-line treatment with EGFR TKIs, Yang noted that roughly 10 percent of patients still progress in a few months and that the median PFS is still not satisfactory. Thus, researchers are looking at combination therapy with EGFR TKIs. Findings from the Japanese phase II JO25567 trial showed a striking difference in median PFS when erlotinib was combined with bevacizumab compared with erlotinib alone (16.0 vs 9.7 months) (Figure 1). [Lancet Oncol 2014;15:1236-1244]

Similar improvements in PFS were observed with a combination of the second-generation EGFR TKI gefitinib and pemetrexed vs gefitinib alone (15.8 vs 10.9 months) in East Asian patients with advanced nonsquamous NSCLC and activating EGFR mutations. [J Clin Oncol 2016;34:3258-3266]

However, the problem of EGFR T790M mutation remains, which leads to resistance to first- or second-generation EGFR TKIs. The IMPRESS study showed that subsequent chemotherapy with platinum doublets in addition to continuation of gefitinib did not prolong PFS in patients who developed resistance to, and had disease progression after, first-line treatment with the first-generation TKI. Similar phase II studies involving EGFR TKI plus drug combinations also showed negative results, said Yang.

“There is a high hope that this drug can be moved to first-line,” said Yang, adding that strategies to improve the PFS time are being done to address the need to treat patients who have acquired EGFR TKI resistance beyond first-line treatment.

ALK therapy
For patients with ALK-positive NSCLC, crizotinib is the current standard of therapy. In the PROFILE 1014 study, the first-generation TKI crizotinib, which targets ALK as well as ROS-1 and MET, offered better PFS, response rates, and quality of life compared with the pemetrexed-platinum chemotherapy combination (Figure 2). [N Engl J Med 2014;371:2167-2177]

According to Mok, this study only suggests the efficacy of crizotinib in achieving good control of central nervous system (CNS) metastasis, which is among the highest unmet medical needs. Small trials involving second-generation ALK inhibitors ceritinib and alectinib show the potential of these drugs in achieving CNS control. Preliminary findings from the ASCEND trials suggest a clinical benefit for ceritinib in the treatment of patients with ALK-positive metastatic NSCLC with disease progression or who have developed resistance to crizotinib.

Alectinib was shown to have some improvement in median PFS and response rates over crizotinib in the Japanese phase III J-ALEX trial, with more data expected from the ongoing global ALEX study. Alectinib was also shown to have “reasonably good CNS penetration ability” said Mok, citing findings from a pooled analysis of phase II studies in patients with CNS metastasis where treatment response was 35.8 and 58.5 percent with and without prior radiation, respectively. [Lancet Oncol 2016;17:452-463; Ther Adv Med Oncol 2016;8:32-47; J Clin Oncol 2016;34:4079-4085]

“This will influence whether to give whole brain radiation therapy (WBRT) then alectinib or just alectinib,” said Mok, adding that care must be observed when prescribing WBRT as it is now known to cause neurotoxicity or dementia.

Not all CNS metastases are the same and should be treated based on location, symptom, and potential implication of brain metastasis on the patient. In addition, rebiopsy for gatekeeper mutation at time of systemic progression will help in selecting the optimal therapy, said Mok.

PD-L1 is considered a “complementary biomarker,” which may serve as a guide in giving nivolumab as treatment but is not necessary, said Hirsch. Conversely, results from the KEYNOTE clinical trials showed that pembrolizumab is approved for patients who are positive for PD-L1 expression as determined by an FDA-approved “companion diagnostic” test.

Based on data from the OAK and POPLAR clinical trials that demonstrated improved OS with atezolizumab compared with docetaxel with the highest benefit observed in patients with the highest PD-L1 expression levels, the US FDA approved atezolizumab for the treatment of patients with metastatic NSCLC whose disease progressed during or after platinum-containing chemotherapy. [Lancet 2016;387:1837-1846; US Food and Drug Administration, http://www.fda.gov/Drugs/InformationOnDrugs/ApprovedDrugs/ucm525780.htm, accessed 13 February 2017; Ann Oncol 2016;27:LBA44_PR]

The KEYNOTE-024 study showed that a combination of platinum-based chemotherapy and pembrolizumab as first-line treatment significantly improved OS in metastatic NSCLC patients with a PD-L1 tumour proportion score >50 percent, whereas in the CheckMate 026 study, no benefit was observed with nivolumab. [N Engl J Med 2016;375:1823-1833; Ann Oncol 2016;27:abstract LBA7_PR]

Phase I of the BLUEPRINT project, an analytical, comparative study of four assays conducted by Hirsch and colleagues, showed that three of the four assays were closely aligned on tumour cell staining and that there was great variation in immune cell expression among all assays, much more than tumour cells. However, there is a possibility that interchanging assays and cutoffs could lead to “misclassification” of PD-L1 status. [J Thorac Oncol 2017;12:208-222].

“You need to stick with one assay and its respective drug associated with it,” said Hirsch. A larger study (BLUEPRINT Phase II) is currently underway and may help validate phase I results, he said.

Proposed treatment algorithms for NSCLC
Evidence shows that the treatment algorithm for NSCLC has changed. In patients with EGFR mutations, EGFR TKIs are given as first-line therapy. “It’s approved in the European setting for use with bevacizumab, but in Asia, we tend to use EGFR TKI as monotherapy,” said Soo.

Third-generation EGFR TKIs (osimertinib) are recommended for patients positive for T790M mutation, whereas for T790M-negative patients, the standard of care is platinum-based doublet chemotherapy. In patients with unknown EGFR/ALK/ROS1 status, the standard treatment is third-generation platinum doublet with or without bevacizumab, he said.

Various treatment options are now available for second-line therapy in oncogene-negative nonsquamous NSCLC. Pembrolizumab is also appropriate for use in the first-line setting for patients with a TPS exceeding 50 percent, said Soo.

“With the understanding of molecular tumour profiling, the use of predictive biomarkers and biomarker-driven trials, we are now in the era of personalized cancer therapy,” he said.
LOGIN TO READ FULL STORY