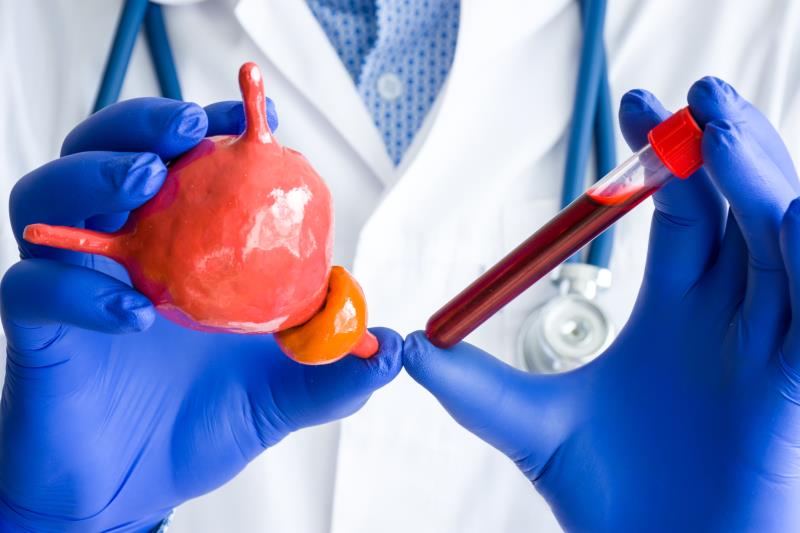 In prostate cancer (PCa) patients, the initiation of androgen deprivation therapy (ADT) lowers the concentrations of 13 circulating steroids, according to a new study.

Ninety-nine patients contributed a total of 116 blood serum samples. Forty-three samples came from eugonadal patients, 40 from castration-sensitive (CSPC) patients under ADT, and 33 from castration-resistant (CRPC) patients. Of the CRPC samples, seven were drawn from patients being treated with abiraterone acetate (CRPC-AA), while the remaining 26 were from men treated with other modalities.

The same was true for androstenediol, androsterone (AST), estrone, estrone-sulphate, and androstenedione, among other steroids.

Similarly, CRPC patients showed disturbances in the levels of these steroids in response to castration and adjunctive treatment. Those treated with AA saw a strong decrease of DHEA, androstenedione, estrone, DHEA-sulphate, and androsterone-glucuronide as opposed to other CRPC patients. Meanwhile, progesterone was enriched in the CPRC-AA subgroup.

Researchers also reported that metastasis impacted the concentration of circulating steroids. Those with nonmetastatic disease had significantly lower levels of DHEA, androstenedione, androstenediol, and 3β-diol relative to metastatic patients.

“Our results provide a complete and accurate steroid profile to support the role of precursor steroids in PCa patients at multiple stages of the disease,” the researchers said.

“Our study supports that an overall decrease in the circulating level of steroids in PCa patients under ADT … could be the result of the action of the castration agent on luteinizing hormone receptors expressed by adrenal cells, and on testicular cells that have the potential to secrete steroid precursors,” they added.

The researchers then looked at the correlations among steroid levels and compared these across patient subgroups. Pearson analysis revealed that in eugonadal patients, testosterone levels were tied to six closely related steroids: DHEA-sulphate, DHEA, androstenedione, androstenediol, DHT, and oestradiol. A remotely related steroid, AST, was also associated with testosterone in this subgroup.

Of note, whereas the log-transformed levels of AD were strongly correlated with log-transformed testosterone in CRPC patients, AST emerged as a predictor of DHT concentrations following ADT initiation.

“Overall, this study highlights the importance of androgen blockade intensification using both androgen receptor-axis-targeted therapies and ADT in both CSPC [and] CRPC,” the researchers explained. “We provide a novel biological rationale supporting the increased overall survival seen in nonmetastatic PCa patients receiving abiraterone in addition to ADT.”