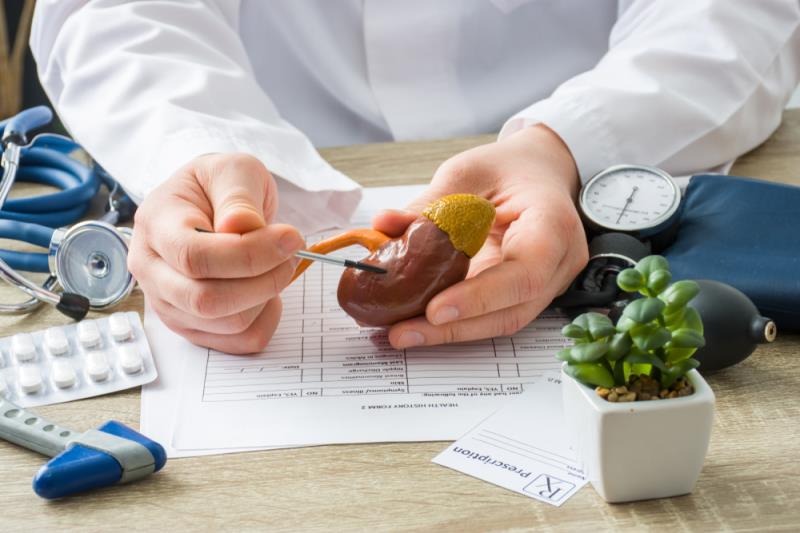 Adjuvant pembrolizumab significantly improves disease-free survival (DFS) vs placebo in patients with clear-cell renal cell carcinoma (RCC) who are at risk of disease recurrence after nephrectomy, results of the phase III KEYNOTE-564 study have shown.

“The findings, from the first positive phase III study of an adjuvant immunotherapy in RCC, support pembrolizumab as a potential new standard of care in the adjuvant setting for patients with clear-cell RCC at risk of recurrence after surgery,” said investigator Dr Toni K. Choueiri of the Dana-Farber Cancer Institute in Boston, Massachusetts, US. [Choueiri TK, et al, ASCO 2021, abstract LBA5]

In the study, 994 patients (median age, 60 years) with histologically confirmed clear-cell RCC who underwent nephrectomy within ≤12 weeks and had received no prior systemic therapy were randomized (1:1) to receive pembrolizumab (200 mg) or placebo every 3 weeks for ≤17 cycles (ie, approximately 1 year). Patients were required to have an Eastern Cooperative Oncology Group performance status of 0 (84.9 percent vs 85.5 percent in the pembrolizumab vs placebo group) or 1 (15.1 percent vs 14.5 percent) at baseline, with tissue sample available for PD-L1 assessment. The patients were stratified based on prespecified intermediate-high risk (pT2, grade 4 or sarcomatoid, N0 M0; or pT3, any grade, N0M0) (86.1 percent vs 86.9 percent), high risk (pT4, any grade, N0 M0; or any pT stage, any grade, N+ M0) (8.1 percent vs 7.2 percent), and M1 NED (no evidence of disease after resection of oligometastatic sites ≤1 year from nephrectomy) (5.8 percent vs 5.8 percent) disease categories.

“After a median follow-up of 24.1 months, adjuvant pembrolizumab demonstrated a statistically significant and clinically meaningful improvement in the primary endpoint of DFS per investigator assessment in the intent-to-treat population, with a 32 percent reduction in risk of disease recurrence or death vs placebo,” reported Choueiri.

“The DFS benefit of pembrolizumab was consistent across subgroups, including the M1 NED population, potentially extending its adjuvant use to these patients,” said Choueiri. “However, the number of events was small and the finding should be interpreted with caution.”

Overall survival (OS), a key secondary endpoint of the trial, demonstrated a 46 percent improvement with pembrolizumab vs placebo (HR, 0.54; 95 percent CI, 0.30 to 0.96; p=0.0164), although the p value did not cross the prespecified boundary for statistical significance. Median OS was not reached in both groups, while OS rates at 24 months were 96.6 percent vs 93.5 percent.

“Safety results were in line with expectations, with no new signals observed,” said Choueiri.

“The most common TRAEs with an incidence of ≥5 percent in the pembrolizumab group were fatigue, pruritis, and hypothyroidism, which were mostly of low grade,” Choueiri noted.

“The most common immune-mediated adverse events associated with pembrolizumab were hypothyroidism and hyperthyroidism, which were as expected and manageable. High-dose systemic corticosteroid treatment for these events was required in only 7.4 percent of patients in the pembrolizumab group,” he said.
LOGIN TO READ FULL STORY