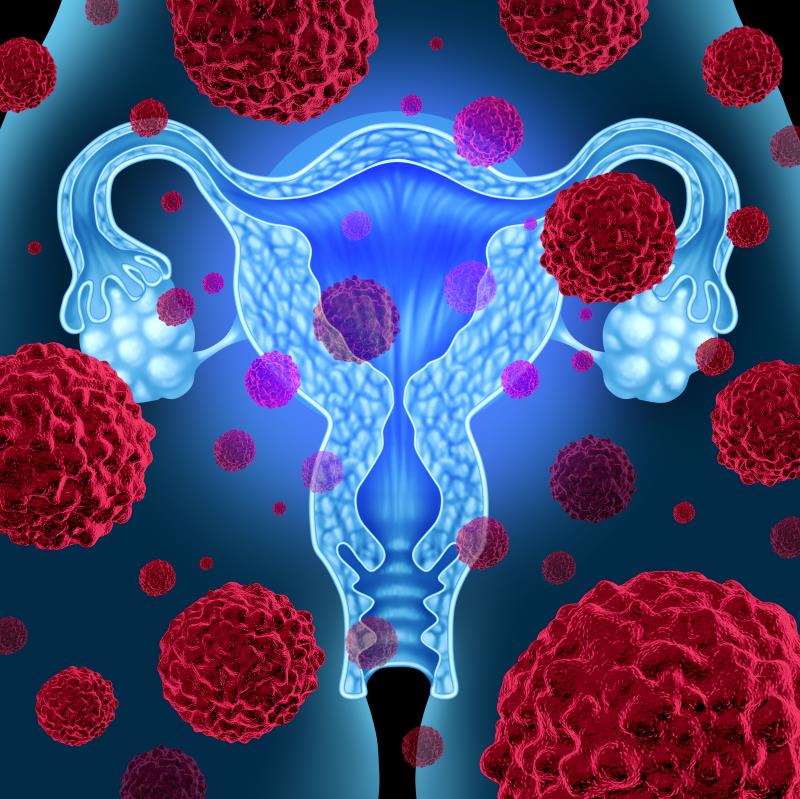 Adding trastuzumab to a chemotherapy backbone of carboplatin and paclitaxel led to sustained survival benefit in patients with recurrent/advanced, HER2-positive uterine serous carcinoma compared with chemotherapy alone, according to an updated survival analysis presented at SGO 2020 Meeting.

In particular, the survival benefit was greatest in women with stage III–IV disease who received the treatment upfront.

In the investigator-initiated, multicentre, phase II study, 58 women with primary stage III–IV or recurrent, HER2-positive uterine serous carcinoma were randomized in a 1:1 ratio to receive intravenous carboplatin/paclitaxel every 21 days for six cycles, either with or without intravenous trastuzumab, administered at 8 mg/kg for the initial dose followed by 6 mg/kg doses in subsequent cycles. Treatment was given until disease progression or unacceptable toxicity. [SGO 2020, abstract 12]

Specifically, the survival benefit was more pronounced among women with stage III–IV disease, with the risk of death reduced by more than half in the trastuzumab group vs the chemotherapy alone group (median, 25.4 months vs not reached; HR, 0.49; p=0.041).

On the other hand, the subgroup of women with recurrent disease did not derive significant OS benefit from trastuzumab vs chemotherapy alone.

Similar benefits were seen for progression-free survival (PFS) in the updated analysis, in which the addition of trastuzumab led to a significantly longer PFS than treatment with chemotherapy alone (median, 12.9 vs 8.0 months; HR, 0.46; p=0.005).

This finding was consistent with the previous PFS data reported in 2018, which showed a median PFS of 12.6 months vs 8 months in the trastuzumab arm vs the chemotherapy alone arm (HR, 0.44; p=0.005), after a median follow-up of 10 months. The current updated survival analysis extends the previous findings with a longer follow-up duration and new data on OS. [J Clin Oncol 2018;36:2044-2051]

Again, PFS benefit with trastuzumab vs placebo was particularly pronounced among the subgroup of patients with stage III–IV disease and were undergoing primary treatment (n=41; median, 17.7 vs 9.3 months; HR, 0.44; p=0.015).

In addition, PFS was also significantly longer with trastuzumab vs chemotherapy alone among patients with recurrent disease (n=17; median, 9.2 vs 7.0 months; HR, 0.12; p=0.004).

In terms of safety profile, there were no significant differences in long-term toxicity between the two treatment arms. During a median follow-up duration of 25.9 months in the updated analysis, there were 43 progressions and 38 deaths recorded among the 58 participants who were evaluable.