The addition of radiotherapy to immune checkpoint inhibitors demonstrated improved efficacy for genitourinary (GU) cancers, according to data presented at ESMO Asia 2017.

Several clinical trials have shown improved efficacy with the addition of radiotherapy to PD-1 or PD-L1 inhibition, [PLoS One 2012;7:e32542; Eur J Cancer 2016;68:156-162; JAMA Oncol 2017;doi:10.1001/jamaoncol.2017.3808] despite favourable responses with chemotherapy alone, according to Prof Viktor Grünwald from the Medical School Hannover in Hannover, Germany.

Additionally, there were preclinical trials (mouse models) showing improved efficacy when radiation was added to immune checkpoint inhibitors. “[Subjects] lived longer than [those who had] any of the single-agent modality … [thus] supporting the notion that a combination of radiotherapy and immune checkpoint inhibition is beneficial,” said Grunwald.

Radiotherapy may enhance antitumour activity by inducing abscopal effects, as seen in patients who were either stable or progressing with conventional systemic therapy. [Lancet Oncology 2015;16:795-803] “Most of the patients had tumour shrinkage up to a certain degree, and about 27 percent of the patients had abscopal effects reaching the 30 percent cut-off for tumour shrinkage from radiotherapy,” said Grunwald.

Furthermore, radiotherapy may induce immunogenic cell death and may therefore be used as an autologous in-situ vaccination approach especially for immune-deserted cancers, which are highly resistant to immunotherapy. [Oncoimmunology 2014;3:e28643; Nat Rev Immunol 2017;17:97-111; Clinical Cancer Research 2017;23:5502-5513] However, there is not much evidence to support this theory, noted Grunwald.

Of note was the trial on lung cancer patients receiving the PD-L1 inhibitor durvalumab as maintenance therapy after chemoradiation, which showed a clinically meaningful benefit vs placebo (median progression-free survival [PFS], 16.8 vs 5.6 months). [N Engl J Med 2017;doi:10.1056/NEJMoa1709937] “[We have to consider that this was] a really hard-to-treat patient population [yet] it improved outcome in terms of [PFS],” said Grunwald.

Given this body of evidence, a combination of radiotherapy and immune checkpoint inhibitors could be feasible for GU cancers as it boosts the efficacy of single-agent modalities, noted Grunwald.

However, a study on prostate cancer patients who have been initially exposed to ipilimumab and eventually received high-dose radiotherapy showed “limited activity” (hazard ratio, 0.85; p=0.053), suggesting that combining radiation with chemotherapy does not benefit all patients. [Lancet Oncol 2014;15:700-712]

“The biggest question now is optimization,” said Grunwald, as the common practice today is chemoradiation or radiation in conventional fractionation and dosing. “[W]hat we do now is what [has already been done] … We [must consider] the best way to deliver radiotherapy … when we use immunotherapy as a backbone,” he added.

“Optimization for radiotherapy regimen/dose and sequence of treatment … the right agent, [and] the right patient population … need to be established. These are issues that are still unmet and it will take us a while to figure that out,” Grunwald concluded, citing several ongoing trials using various radiotherapy modalities (ie, radium-223, hypofractionated EBRT*, ablative radiosurgery, or SBRT**) that could further elucidate the role of radiotherapy in GU cancers. 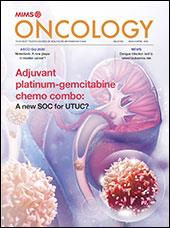