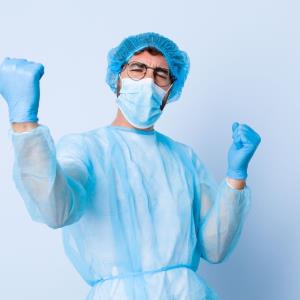 The phase III, randomized, double-blind ADAURA study compared osimertinib 80 mg once daily vs placebo, with or without adjuvant chemotherapy, in 682 patients with completely resected stage IB/II/IIIA NSCLC. Treatment was given for a planned duration of 3 years.

“The study was unblinded early due to superior efficacy with osimertinib,” noted Herbst. “Enrolment had been completed at the time of unblinding. All patients were followed up for at least 1 year.”

“The primary endpoint of investigator-assessed disease-free survival [DFS] in patients with stage II/IIIA disease was longer with osimertinib vs placebo, with a high statistical significance [median, not reached vs 20.4 months; hazard ratio (HR), 0.17; 95 percent confidence interval (CI), 0.12 to 0.23; p<0.0001],” reported Herbst. “An early separation of DFS curves was noted. The DFS rates were 97 percent with osimertinib vs 61 percent with placebo at 1 year, 90 percent vs 44 percent at 2 years, and 80 percent vs 28 percent at 3 years.”

“The DFS benefits were observed in all analyzed subgroups, including patients who had or had not received adjuvant chemotherapy,” Herbst pointed out.

“Given the impressive and substantial DFS improvements with adjuvant osimertinib in ADAURA, it should be considered the new standard of care after complete resection of early-stage EGFR-positive NSCLC,” he continued. “However, due to early unblinding of the study, it remains uncertain whether treatment with osimertinib eliminates or simply delays the growth of residual disease.” 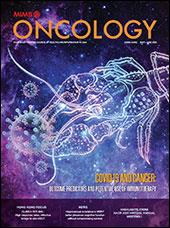