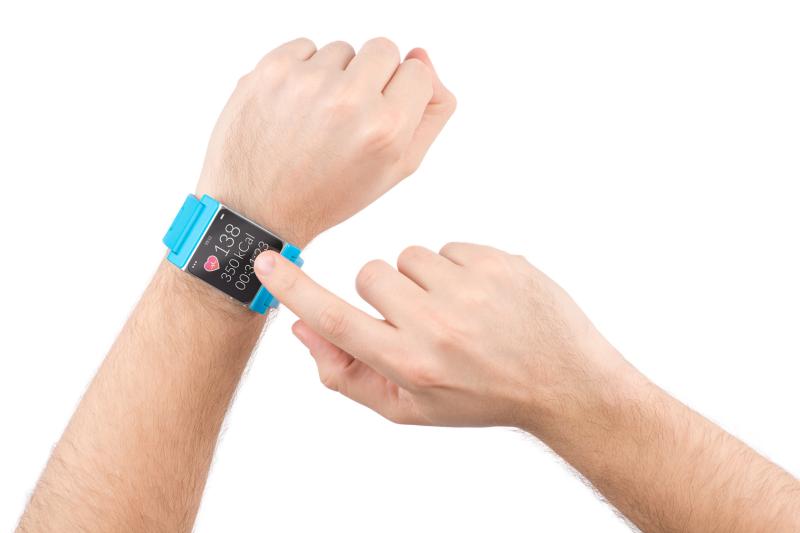 Wearable activity trackers are feasible for collecting data on physical activity patterns that may be used to estimate gout flares, as shown in a study.

“We detected a significant difference of 841 steps in the daily step count on days where a gout flare occurred versus days where no gout flare was reported,” according to investigators.

Thirty-three out of the 44 gout patients (hyperuricaemia ≥6.8 mg/dl and ≥2 self-reported flares in the previous 6 months) enrolled met the criteria for minimal activity tracker wear time (at least 80 percent of the day) and flare reporting, with tracker data available for 60.5 percent of the total 6-month study days. Their mean age was 48.8 years, 85 percent of the patients were men, and the majority (88 percent) were on allopurinol or febuxostat.

“This finding could reflect the greater specificity of the validated flare definition, with the expectation that those flares were more severe, and less severe flares (as were sometimes captured using the broader definition) yielded a smaller impact on step counts,” the investigators explained.

Meanwhile, the results for sleep might be attributed to one of the known reported weaknesses of wearable activity trackers in overestimating sleep duration, they added. “It is also possible that sleep duration is not the optimal metric to assess in relation to gout flares, but rather, quality and stages of sleep (eg, deep sleep, REM) could be more meaningfully affected by such flares.”

Flares are a subjective and sometimes poorly captured outcome measure in gout research, the investigators noted. Given that flares are associated with patient-reported reductions in physical activity and disturbed sleep, activity trackers may represent a passive (and effectively better) way to capture these potential surrogates for gout flares. [Health Qual Life Outcomes 2012;10:117; Rheumatology 2018;57:1925-1932]

In addition, the investigators stressed the importance of defining standards for sufficient completeness of the activity tracker data to permit valid analysis.

“We found that heart rate data alone as measured by health activity tracking devices was not an ideal measure to determine whether participants are wearing such a device. Our method of imputation of wear time to 60-min intervals captured in 1-min increments for all three data types (heart rate, step count, and sleep) yielded more robust results than using heart rate data alone,” they pointed out.

“Although many participants were highly compliant with the tracker device, there were sometimes lengthy gaps of non-wear, limiting the sensitivity of the device and suggesting the importance of more real-time monitoring of participant wear patterns during the course of future studies aimed at outcome assessment,” they added.

The investigators believe that if the ability of activity tracker devices to predict a flare is validated further, such devices could free patients from having to frequently answer questions and provide patient-reported outcome data or reduce data collection burden often encountered in studies.