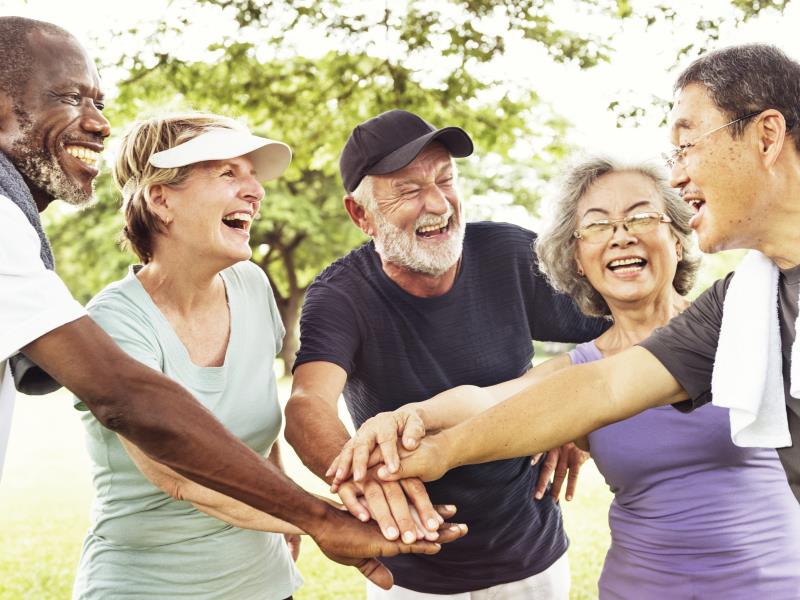 “One of the most striking findings from our study was that greater physical activity not only appeared to have positive effects on slowing cognitive decline, but also on slowing the rate of brain tissue loss over time in normal people who had high levels of amyloid plaque in the brain,” said study author Assistant Professor Jasmeer Chhatwal from the Massachusetts General Hospital (MGH), Charlestown, Massachusetts, US.

“Beneficial effects were seen at even modest levels of physical activity, but were most prominent at around 8,900 steps,” said study co-author Professor Reisa Sperling, also from MGH.

“These findings suggest that physical activity and vascular risk have independent and additive effects on β-amyloid-related cognitive decline and neurodegeneration [in asymptomatic older adults],” said Chhatwal and co-authors.

β-amyloid begins to accumulate decades before symptoms of AD appear, and this early accumulation is a prime point to introduce interventions that may delay AD progression, they said.

“Because there are currently no disease-modifying therapies for AD, there is a critical need to identify potential risk-altering factors that might delay progression of the disease,” added Chhatwal. “[I]nterventional approaches that target both physical activity and management of vascular risk factors may have additive beneficial effects on delaying the progression of AD in asymptomatic individuals,” the authors noted.

Proposed mechanisms behind the effect of physical activity on cortical thinning and cognition include, among others, decreased inflammation and increased cerebral blood flow. Future research should investigate the mechanisms behind the specific associations, suggested the authors. They also acknowledged limitations of this study, such as the exclusion of patients with cerebrovascular disease (eg, stroke, cortical infarcts) and the short duration and lack of information on type and intensity of physical activity assessed, which need to be addressed in future research.