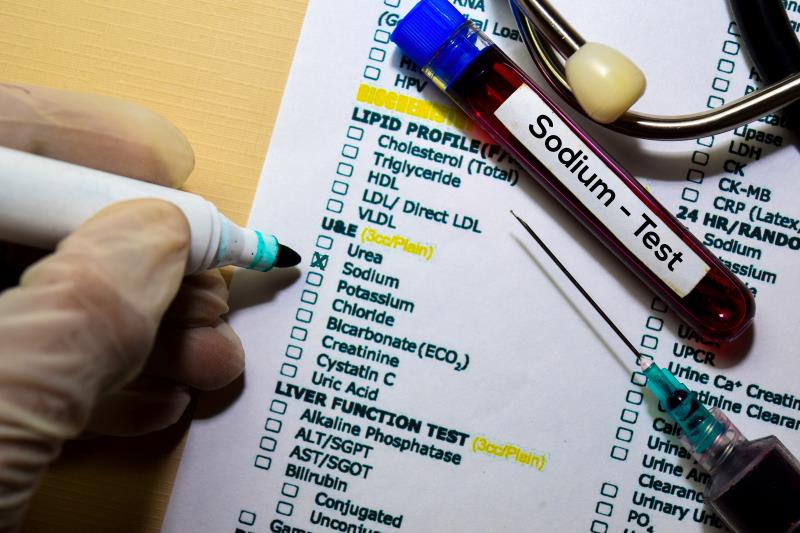 In patients hospitalized with COVID-19, hypernatraemia during hospitalization may increase mortality risk, while hyponatraemia at admission may up the need for ventilation support, a recent study from the UK showed.

Participants in this retrospective longitudinal study were 488 adults (age ≥16 years; median age 68 years, 56.8 percent male) hospitalized with PCR-confirmed COVID-19 at the Whittington Hospital and University College London Hospital NHS Foundation Trust in London, UK, over an 8-week period in 2020. Hyponatraemia and hypernatraemia were defined as serum sodium levels <135 and >145 mmol/L, respectively, and were assessed at multiple timepoints during hospitalization.

The most common comorbidities in the population were hypertension, diabetes, and chronic kidney disease at 45.7, 25, and 16.4 percent, respectively. The in-hospital mortality rate was 31.1 percent, with a median 7 days to death. Duration of hospitalization was 8 days among survivors. Sixty-two patients were admitted to the intensive care unit (ICU; 43.5 percent mortality rate) with a median 14 days of ICU stay.

Serum sodium levels did not differ between survivors and non-survivors at presentation (median 137 and 138 mmol/L, respectively). Mortality rate was 28.4, 30.8, and 46.1 percent for patients with normonatraemia, hyponatraemia, and hypernatraemia at admission, respectively.

There was no apparent association between serum sodium levels and duration of hospitalization or risk of acute kidney injury.

Sodium levels as a biomarker?

“The key novel finding of our study was that hospital-acquired hypernatraemia, rather than hypernatraemia at admission, was a predictor for in-hospital mortality, with the worst prognosis being reported in patients with the largest increase in serum sodium in the first 5 days of hospitalization,” the investigators said.

“This study [also] shows for the first time that patients presenting at the hospital with COVID-19 and low sodium are twice as likely to need intubation or other means of advanced breathing support as those with normal sodium,” said lead investigator Honorary Associate Professor Ploutarchos Tzoulis from University College London Medical School London, UK.

“Sodium measurements can inform doctors about which COVID-19 patients are at high risk of deterioration and death [and] sodium levels can guide decision making about whether a COVID-19 patient needs hospital admission or monitoring in the ICU,” he said.

The investigators called for further study into identifying the mechanisms behind dysnatraemia in patients with COVID-19 and whether correcting these abnormalities would impact outcomes.

“Until more data are available and in line with the standard clinical approach in patients with other pathologies, an approach to fluid resuscitation which recognizes the frequency and severity of volume depletion, whilst taking appropriate care to prevent fluid overload or pulmonary oedema, should be strongly considered,” they suggested.