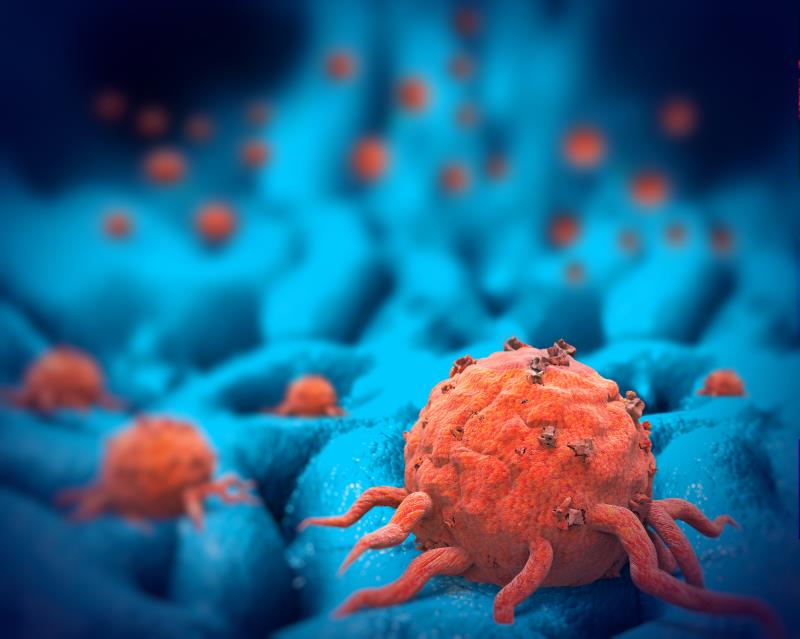 The combination of abiraterone and olaparib conferred significant improvement in radiographic progression-free survival (rPFS) in the first-line treatment of metastatic castration-resistant prostate cancer (mCRPC), according to findings from the phase III PROpel trial presented at EAU 2022.

These findings translated to >30-percent reduction in the risk of radiological progression or death with abiraterone-olaparib, according to the study investigators led by Dr Noel Clarke from The Christie/Salford Royal Hospitals and University of Manchester in UK.

While the overall survival results were still immature, this key secondary endpoint showed a trend towards improvement with abiraterone-olaparib vs abiraterone-placebo (HR, 0.86, 95 percent CI, 0.66–1.12).

Additional key endpoints that improved with abiraterone-olaparib vs abiraterone-placebo were time to first subsequent therapy or death (HR, 0.74, 95 percent CI, 0.61–0.90) and PFS2 (HR, 0.69, 95 percent CI, 0.51–0.94), thus supporting the longer-term benefit of the former vs the latter combination.

Anaemia was the most common grade ≥3 adverse event reported with abiraterone-olaparib (15 percent), followed by hypertension (4 percent) and fatigue (2 percent). Nonetheless, the safety profile of this combination aligned with those reported for each drug, enabling most patients to remain on treatment.

PROpel randomized 796 men with mCRPC 1:1 to receive first-line abiraterone 1,000 mg QD combined with either olaparib 300 mg BID or placebo. Participants were also given prednisone or prednisolone. The current findings support phase II evidence reflecting the benefit of abiraterone-olaparib in this setting. [Lancet Oncol 2018;19:975-986]

Men with mCRPC have a poor prognosis. [Ther Clin Risk Manag 2014;10:651-664] “[As such,] it is critically important that we identify new first-line treatment options for patients with mCRPC. [Our] data … emphasize the therapeutic potential of combining olaparib with abiraterone and prednisone and demonstrate efficacy in a wider group of patients beyond those with documented DNA repair deficiency,” noted Clarke in a press release.

“These data demonstrate that the combination of [olaparib] with abiraterone and prednisone afforded patients a median rPFS of >2 years regardless of biomarker status,” noted Dr Cristian Massacesi, AstraZeneca chief medical officer and oncology chief development officer. “If approved, the combination will offer patients with and without HRR gene mutations a new treatment option.”