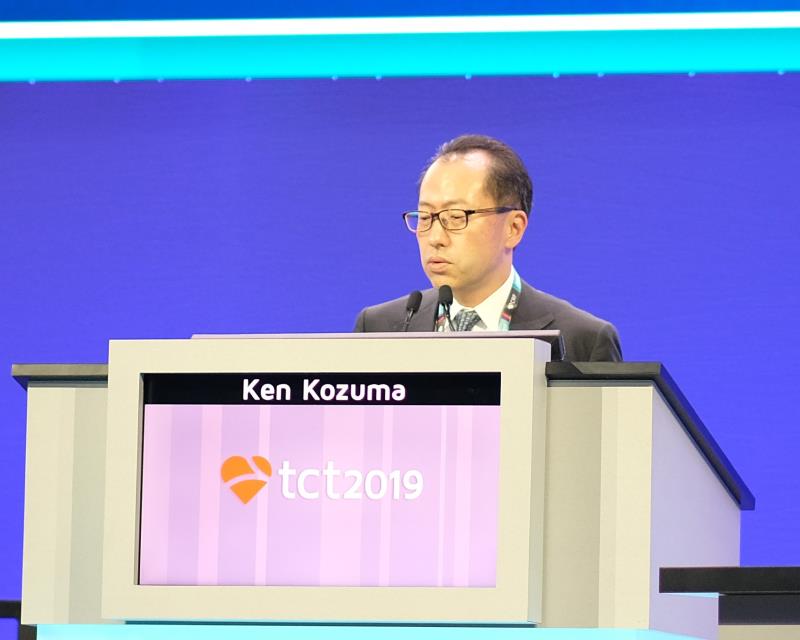 Shorter courses of dual antiplatelet therapy (DAPT) do not perform worse than longer regimens, according to a recent study presented at the 31st Transcatheter Cardiovascular Therapeutics scientific symposium (TCT 2019).

“MODEL U-SES is a prospective study designed to evaluate [the] safety of 3-month DAPT after implantation of Ultimaster bioresorbable polymer sirolimus-eluting stent (BP-SES),” said lead investigator Dr Ken Kozuma of the Tokyo University Hospital, noting that the study also aims to compare the appropriateness of P2Y12 receptor inhibitor monotherapy vs that of aspirin monotherapy after 3 months.

“I think, so far, there [has been] no direct comparison between these two medications [as a] monotherapy,” he added.

The corresponding rate in propensity score-adjusted historical controls from the CENTURY II BP-SES trial was 5.7 percent. The difference in rates of –3.17 percent was noninferior (pnon-inferority<0.0001).

Because CENTURY II exposed its participants to a longer DAPT course, the present results “demonstrated that 3-month DAPT was noninferior to [an] adjusted cohort of longer DAPT after BP-SES implantation,” Kozuma said.

“P2Y12 inhibitor monotherapy was almost equivalent to aspirin monotherapy after 3 months, in terms of both bleeding and thrombotic events,” Kozuma said.

However, important limitations should be taken note of. While propensity score adjustments were performed, these may not be enough to attenuate the selection bias of the study due to considerable differences in baseline characteristics between the present and historical cohorts.

Moreover, the comparison between aspirin and P2Y12 receptor inhibitors was not carried through randomized treatment allocation, which may weaken the conclusions drawn.

“Direct comparison between P2Y12 inhibitor and aspirin would be necessary to confirm the efficacy and safety of P2Y12 inhibitor monotherapy in a randomized fashion,” Kozuma said.