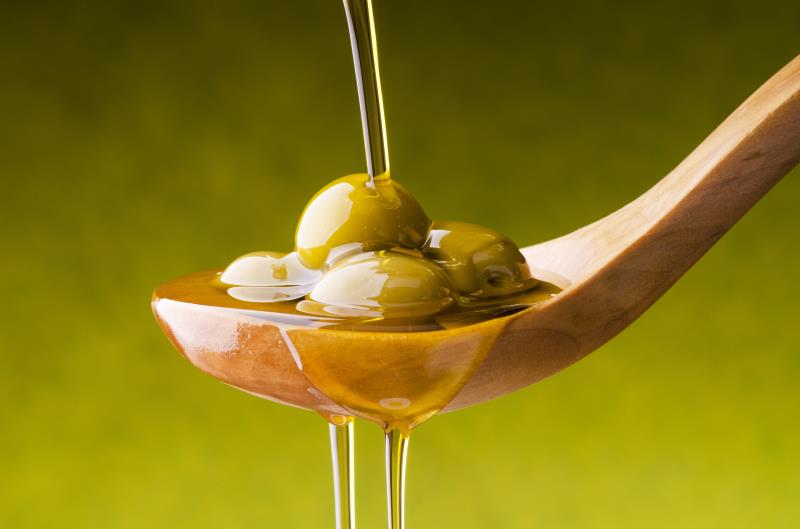 People who consume more olive oil in their diet have a lower risk of death from any cause or specific causes including cardiovascular disease (CVD), cancer, neurodegenerative disease, or respiratory disease compared with those who hardly or never consume olive oil, according to a large US study.

While previous studies including the PREDIMED study have indicated that a higher intake of olive oil was associated with a lower risk of CVD and CV-related death, what is novel in the current study is that the benefits extend to neurodegenerative and respiratory disease-related mortality as well.

Furthermore, the researchers also found that replacing animal fat such as butter, margarine, mayonnaise, and dairy fat with olive oil was associated with a reduced risk of total and cause-specific mortality.

“Our findings support current dietary recommendations to increase the intake of olive oil and other unsaturated vegetable oils … in place of other fats to improve overall health and longevity,” said lead author Dr Marta Guasch-Ferré from Harvard T.H. Chan School of Public Health, Boston, Massachusetts, US.

“[The results were] largely consistent in subgroups with and without major CVD risk factors, suggesting that olive oil consumption might be beneficial independently of CV risk,” noted Dr Susanna Larsson from Epihubben, MTC-Huset in Uppsala, Sweden, in a linked editorial. [J Am Coll Cardiol 2022;79:113–115]

In particular, the findings on reduced risk of death due to neurodegenerative and respiratory disease were novel and of interest.

“Considering the lack of preventive strategies for Alzheimer’s disease and the high morbidity and mortality related to this disease, this finding, if confirmed, is of great public health importance,” Larsson pointed out.

The study included data from two prospective cohorts of men (n=31,801 from Health Professionals Follow-up Study) and women (n=60,582 from the Nurses’ Health Study) in the US who were without CVD or cancer at baseline. Data on olive oil consumption were inferred from a semiquantitative food frequency questionnaire administered every 4 years.

“Our study, with longer follow-up, a larger sample size, and repeated measurements of diet, showed that olive oil consumption was associated with lower risk of overall mortality in both men and women,” said Guasch-Ferré and co-authors.

“Of note, our study showed that benefits of olive oil can be observed even when consumed in lower average amounts than in Mediterranean countries,” they added. “The mean consumption of olive oil in our US population was 10 g/day, whereas in Mediterranean populations, such as the Spanish participants of the PREDIMED study, the mean intake at baseline was 40 g/day.”

In addition, replacing 10 g/day of other fats (sourced mainly from animals) such as butter, margarine, mayonnaise, and dairy fat with equivalent olive oil was associated with 13–19 percent lower risk of all-cause mortality. Consistent risk reductions were also seen for other cause-specific mortality.

However, no such reductions were found when substituting other vegetable oils such as safflower, canola, corn, and soybean oil with olive oil — suggesting that vegetable oils may have similar health benefits as olive oil.

“Clinicians should be counselling patients to replace certain fats, such as margarine and butter, with olive oil to improve their health. Our study helps make more specific recommendations that will be easier for patients to understand and hopefully implement into their diets,” said Guasch-Ferré.