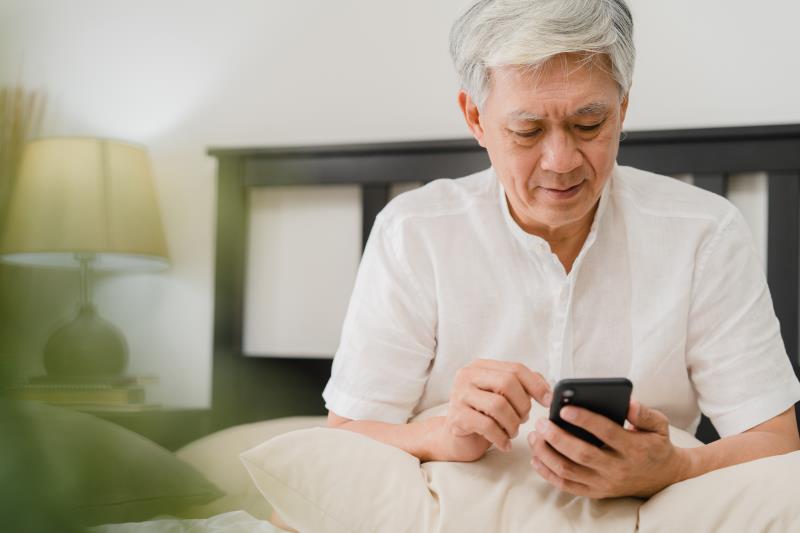 In Singapore, nursing care may now be delivered to a patient’s doorstep through a smartphone application, which provides access to nurses as easy as hailing a Grab driver.

Named Match-a-Nurse, the app connects discharged patients from two public hospitals in Singapore to nurses living or working close to them. It adopts a ‘hybrid agile’ framework, where nurses bid for jobs listed by patients including wound dressing and urinary catheter or nasogastric tube changing.

“The concept is similar to a taxi booking application,” according to a team of researchers. “Patient-related information was accessible at all times and nurses could document this information with ease, leading to an improvement of efficiency.”

The entire programme was developed to tap on the on-demand economy that allows consumers immediate access to goods and services. It touts the advantage of receiving home-based healthcare. That is, patients receive “high-quality, personal, and compassionate care” in the “privacy, comfort, and convenience” of their own home.

“[Match-a-Nurse] allows for a higher sense of independence and dignity (especially for elderly patients), maintains community ties and familial cohesion, is more affordable than inpatient care and is tailored to meet the needs of the patient,” according to the researchers. [Health Care Manag Sci 2017;20:265-275]

“Our prototype design incorporated the recommended design features for human–computer interface: simple to access, use, and navigate; simple and understandable information displayed assuming that consumers do not have good health literacy; and a simple, up-to-date user interface design familiar to other apps in common use,” they said. [Healthc 2017;5:81-85]

Of the 198 tasks, 62.6 percent were for wound dressing. More than half (57.6 percent) of all tasks were completed, with the remaining either cancelled or deleted. Reasons for cancellation included a healed wound, a patient passing away, hospital readmission, transfer to other service providers, and rescheduling of tasks.

Meanwhile, 177 nurses signed up. Some 28.8 percent of them had bid for jobs, with similar numbers of female and male nurses, but most of them were of Chinese (31.9 percent) and Indian ethnicity (30.8 percent).

Both patients and nurses expressed satisfaction with the programme. Out of the 44 patients who rated the services provided by Match-A-Nurse programme, 84.1 percent were more than satisfied, with most of them saying they would recommend the services to others. On the other hand, one patient was not satisfied with the service provided, citing the time taken by the nurse to confirm the visit and the nursing procedure as a major drawback.

Most nurses also said they would recommend the programme to their colleagues, with 72.7 percent rating Match-a-Nurse as satisfactory. They were largely happy with the usability of the app. In contrast, two nurses were not satisfied with the work involved for each home visit.

“This nurse-led programme was developed with a focus on developing detailed processes and ensuring commitment from all stakeholders, including nursing management, human resource department, finance department and insurance, as well as the unions. The involvement and support of these stakeholders was crucial, and it ensured the success of the programme,” according to the researchers.

They pointed to a huge latent nurse care marketplace, where nurses are eager to take on extra home-based services beyond their work hours near their homes or workplaces. “Th[e] innovative pilot programme thus has the ability to help address the expected nursing shortage in Singapore due to its ageing population.”

Workforce can be further maximized by extending the programme to nurses from other hospitals or to freelance nurses who prefer to work flexible hours. Additionally, this service may encourage older and more experienced nurses to return to work, they said.

“In view of the positive feedback, the range of services could be expanded to include parenteral medication administration, peripherally inserted central catheter flushing and dressing, hence addressing the needs of a greater group of patients. Shifting of some specialized tasks from a hospital to a home setting could potentially decrease overall healthcare costs by reducing hospital days,” they added.

The researchers believe that the programme has the potential to boost the nursing workforce through the use of sharing economy “with mutual benefits for both nurses and patients, where nurses get increased remuneration and patients receive the much needed essential services delivered via home-based nursing care.”