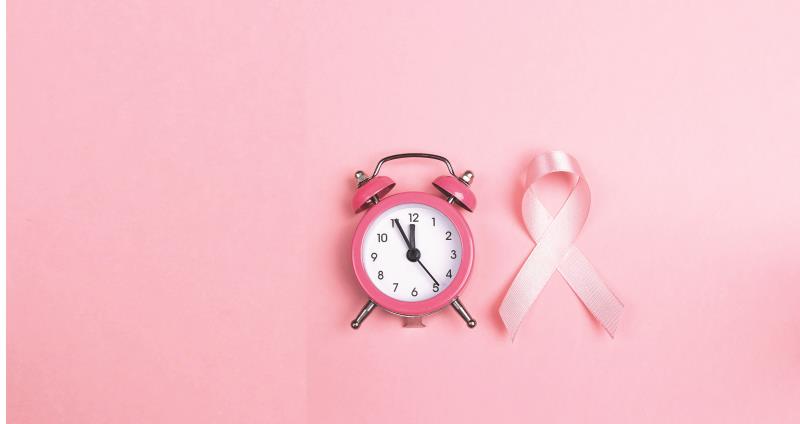 Six months of adjuvant trastuzumab treatment is noninferior to the standard of care (SoC) of 12 months in patients with HER2-positive early-stage breast cancer, according to results from an individual patient data (IPD) meta-analysis of five noninferiority randomized controlled trials (RCTs) presented at the European Society for Medical Oncology (ESMO) Congress 2021.

The meta-analysis of five RCTs, which involved a total of 11,389 patients, evaluated invasive disease-free survival (IDFS) as the primary outcome. The included RCTs were the PERSEPHONE, PHARE and HORG trials, which compared 12 months vs 6 months of adjuvant trastuzumab treatment, and the SHORT-HER and SOLD trials, which compared 12 months vs 9 weeks of treatment. Analysis was intention-to-treat (ITT). [Earl HM, et al, ESMO 2021, abstract LBA 11]

The upper limit of the CrI was significantly lower than the noninferiority limit of 1.20, showing that 6 months of adjuvant trastuzumab was noninferior to the SoC of 12 months.

“Patients on single-agent adjuvant trastuzumab after 6 months of treatment can be shown the evidence that continuing to 12 months provides only a marginal additional benefit [absolute difference in 5-year IDFS rate, 0.68 percent],” pointed out lead author Professor Helena Earl of the Department of Oncology, Addenbrooke’s Hospital in Cambridge, UK, who presented the findings. “Patients and their oncology team can choose whether to continue treatment to 12 months.”

However, reducing treatment duration further to 9 weeks is not advisable. The 5-year IDFS rate for 9 weeks vs 12 months of trastuzumab treatment was 91.40 percent vs 89.22 percent (n=3,428; adjusted HR, 1.27; 95 percent CrI, 1.07 to 1.49; pnoninferiority=0.56), with the upper limit of the CrI not exceeding the prespecified noninferiority limit of 1.25, indicating that 9 weeks of trastuzumab was not comparable to the SoC of 12 months.

These findings could be practice-changing in the near future. “In countries providing 12 months of adjuvant trastuzumab, guideline changes should be considered to empower personalized patient choice,” suggested Earl. “However, some psychosocial factors, including prior outcome preference, loss aversion, endowment effect and entrenched behaviour, may influence changes in clinical practice.”

“Based on these findings, a 6-month duration of adjuvant trastuzumab treatment should be discussed with individual patients,” commented discussant Dr Antonio Llombart of The Oncology Department, Hospital Arnau de Vilanova, Valencia, Spain, who was not involved in the study.

“Nevertheless, the treatment duration should be based on patients’ risk criteria, with lower-intensity therapy [ie, 6-month strategy for trastuzumab] considered as standard treatment for low-risk patients,” Llombart-Cussac continued.

“For clinical decisions to be made on the duration of adjuvant trastuzumab treatment, a meta-analysis taking into account classical prognostic factors would be of great value,” he suggested.
LOGIN TO READ FULL STORY