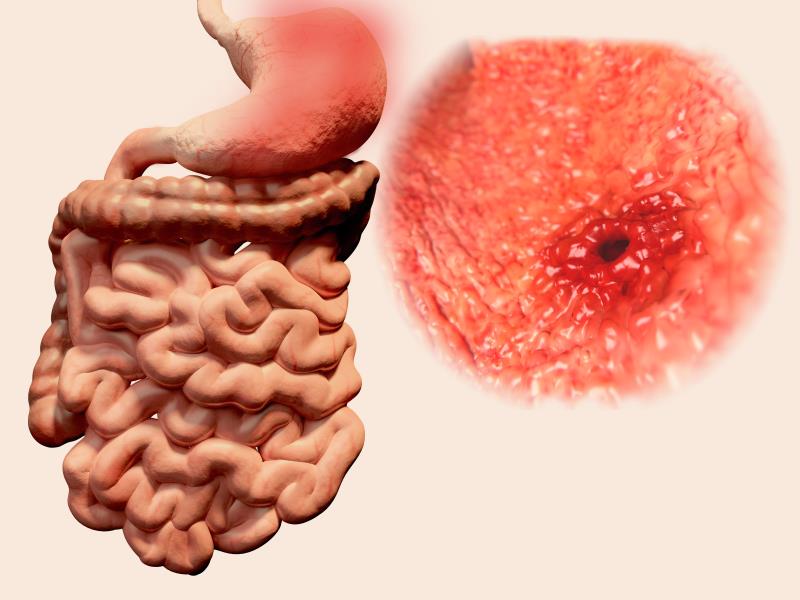 “DAPT (aspirin plus clopidogrel) compared with SAPT (aspirin or clopidogrel) between 6 and 12 months after PCI resulted in higher risk of GI injury and clinical bleeding,” presented study author Dr Yaling Han from the General Hospital of Northern Theater Command, Shenyang, China, at TCT 2021.

“These findings are valuable for clinical decision-making on gastroprophylaxis and optimizing antiplatelet therapy type and duration,” said Han.

Participants in this multicentre (28 centres in China), double-blind trial were 783 patients with a low risk for bleeding who had undergone PCI and received 6 months of DAPT, and who underwent a capsule endoscopy at baseline and 6 months. Following the second capsule endoscopy, 505 patients who did not have evidence of GI bleeding or ulcer at both baseline and 6 months were randomized 1:1:1 to receive aspirin plus placebo, clopidogrel plus placebo, or aspirin plus clopidogrel for another 6 months. Capsule endoscopy at 6 and 12 months showed that 17.8 and 15.2 percent of patients had ulcers at these respective timepoints.

Sixty-eight patients did not have any GI injury at randomization (6 months). In a subanalysis of this population, GI injury was significantly less common among SAPT than DAPT recipients (68.1 percent vs 95.2 percent; p=0.01). Erosion incidence did not significantly differ between SAPT and DAPT recipients (63.8 percent vs 81 percent; p=0.16). However, there were fewer new ulcers occurring in the SAPT vs DAPT group (8.5 percent vs 38.1 percent; p=0.006). Again, there were no incidents of bleeding in either group.

“GI bleeding is the most frequent major complication of antiplatelet therapy. However, little is known about the rates and types of GI injury after antiplatelet therapy, mainly due to the very limited use of standard endoscopy in such a patient cohort,” said Han.

“The use of a novel magnetically-controlled capsule endoscopy system showed that nearly all low bleeding risk patients developed GI injury during 12-month follow-up after PCI regardless of antiplatelet regimen,” said Han.

“This study provided detailed information about GI mucosal injury in patients who received different antiplatelet regimens and will inform future research directions of gastroprophylaxis in patients on antiplatelet treatment.”

The study also highlights the benefits of capsule endoscopy. The magnetically-controlled capsule endoscopy system is non-invasive and has accuracy comparable to that of standard upper GI endoscopy. It can evaluate the stomach and entire small intestine. Furthermore, discontinuation of antiplatelet therapy is not required when using this technique, Han pointed out.