4th shot of COVID vax: Where from here? 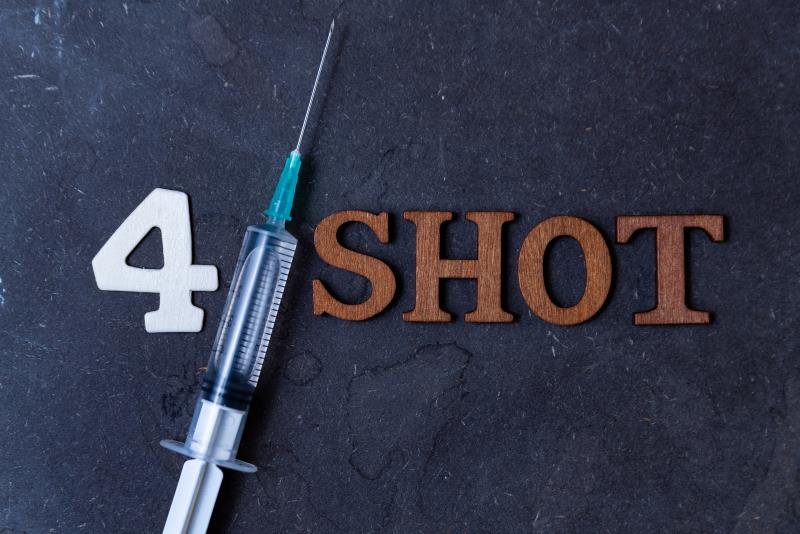 Having a fourth dose of COVID-19 vaccine (ie, second booster dose) substantially protects against severe illness in face of the Omicron variant, compared with only three doses of vaccine that were given more than 4 months earlier, according to data from the Israeli Ministry of Health database.

Protection against severe illness was sustained throughout the study period of up to 6 weeks, the researchers highlighted, even though protection against infection appeared to wane at 4 weeks after the fourth vaccine dose.

“More follow-up is needed in order to evaluate the protection of the fourth dose against severe illness over longer periods,” said the researchers.

Overall, there were fewer severe COVID-19 cases (adjudicated 8 days after the last dose) in the four-dose group than the three-dose group (unadjusted rate, 1.5 vs 3.9 per 100,000 person-days). The researchers also compared the results with an internal control group — comprising people who received a fourth dose 3 to 7 days earlier — for whom the rate was 4.2 per 100,000 person-days.

With regard to the number of confirmed infections, the unadjusted rate was similarly lower in the four-dose group than the three-dose group and the internal control group (177 vs 361 and 388 per 100,000 person-days, respectively).

“[The results indicate that] a fourth dose provides added short-term protection against confirmed infections and severe illness caused by the Omicron variant,” said the researchers.

“Comparing the rate ratio over time since the fourth dose suggests that the protection against confirmed infection with the Omicron variant reaches a maximum in the fourth week after vaccination, after which the rate ratio decreases to approximately 1.1 by the eighth week,” the researchers reported. “These findings suggest that protection against confirmed infection wanes quickly.”

“[In contrast,] protection against severe illness did not wane during the 6 weeks after receipt of the fourth dose,” they added.

However, in face of the sweeping infection rates brought about by Omicron — which harbours mutations that are substantially distinctive from the previous variants, the strategy of repeated booster vaccination with vaccines designed against the original SARS-Cov-2 strain has sparked significant debate.

“Short-lived protection against mild illness will limit the ability of booster dosing to lessen transmission,” commented Dr Paul Offit from the Children’s Hospital of Philadelphia in Philadelphia, Pennsylvania, US. [N Engl J Med 2022;386:1661-1662]

However, this does not mean that people should seek out infections in view of these findings, cautioned Dr Alexandra Walls from the University of Washington, who was a co-first author of one of the pair of studies.

This was further corroborated by the other study from BioNTech, which showed that breakthrough infection in people who had been doubly- and triply-vaccinated with the BNT162b2 vaccines drove strong neutralizing activity not only against Omicron, but also against a broad range of previous variants of concern, compared with vaccinated individuals who had not been infected. [bioRxiv preprint 2022;doi:10.1101/2022.04.01.486695]

The team also showed that Omicron breakthrough infection in vaccinated people spurred memory B cell formation that mainly target the conserved regions of the spike protein broadly shared among the original SARS-CoV-2 virus and previous variants of concern.

“[Despite this, our data suggest that] the preformed B cell memory pool has sufficient plasticity for being refocused and quantitatively remodelled by exposure to heterologous S protein, thus allowing effective neutralization of variants that evade a previously established neutralizing antibody response,” according to the BioNTech researchers.

“Our observations suggest that a vaccine adapted to the Omicron S protein could similarly reshape the B-cell memory repertoire and therefore may be more beneficial than an extended series of boosters with the existing [vaccines based on the original virus],” they pointed out.