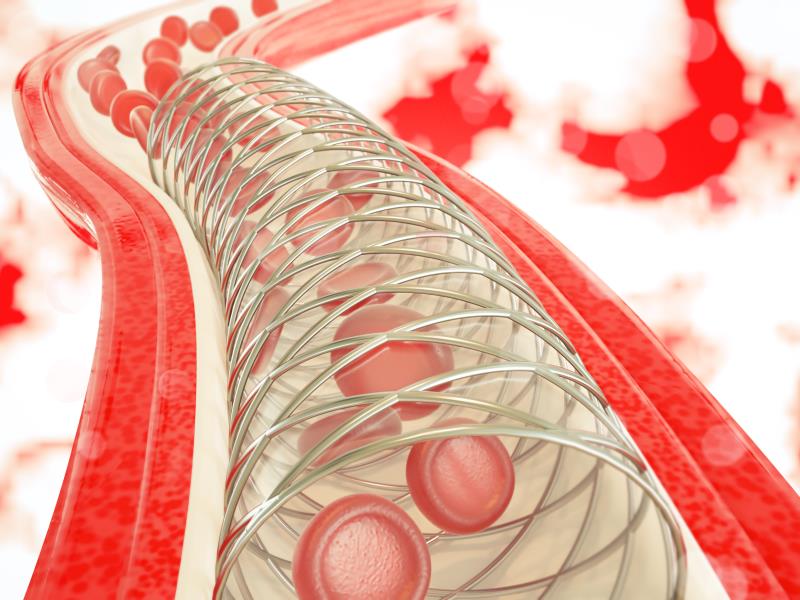 Patients with acute coronary syndrome (ACS) who received a 6-month course of dual antiplatelet therapy (DAPT) following percutaneous coronary intervention (PCI) fared similarly to those who received the standard ≥12-month DAPT course with regards to incidence of major adverse cardiovascular and cerebrovascular events 18 months post-procedure, according to results from the SMART-DATE* trial. However, a higher incidence of myocardial infarction (MI) with 6-month DAPT precludes it from replacing the standard course.

“[Six]-month DAPT was noninferior to 12-month or longer DAPT for the primary composite endpoint of all-cause death, MI, or stroke at 18 months after the index procedure. However, the rate of MI was significantly higher in the 6-month DAPT group than in the 12-month or longer group,” said the researchers led by Professor Hyeon-Cheol Gwon, director of the cardiac centre at Samsung Medical Center, Seoul, South Korea.

In this prospective, multicentre, open-label trial conducted in Korea, 2,712 patients (median age 62 years, 75 percent male) with ACS who had undergone PCI with drug-eluting stents were randomized to receive DAPT for 6 months (aspirin [100 mg QD] plus a P2Y12 inhibitor** for 6 months followed by aspirin only; n=1,357) or the guideline-recommended DAPT course (aspirin plus a P2Y12 inhibitor for ≥12 months; n=1,355). Patients received oral doses of aspirin (300 mg) and loading doses of clopidogrel (300 or 600 mg) ≥12 hours prior to the PCI.

Conversely, the 6-month DAPT course was associated with a higher incidence of MI compared with the ≥12-month course (1.8 percent vs 0.8 percent, HR, 2.41; p=0.02). The increase was particularly significant between months 6 and 18 following PCI, the period when treatment differed between the groups.

While the risk of bleeding*** was also comparable between the 6-month and ≥12-month groups (2.7 percent vs 3.9 percent, HR, 0.69; p=0.09), there was a trend towards a higher bleeding risk among patients receiving more potent P2Y12 inhibitors compared with clopidogrel, regardless of treatment duration (HR, 1.54; p=0.08).

Shorter course not a substitute for current standard of care

“[P]atients with ACS carry a higher risk of recurrent ischaemic events than do those with stable ischaemic heart disease … to improve outcomes for patients with ACS, defining the optimal or minimal necessary duration of DAPT is of great importance,” said Gwon and co-authors, who pointed out the dearth of data on optimal duration of therapy.

The authors acknowledged limitations such as the open-label trial design, the considerable crossover rate among patients in the 6-month DAPT group, and the use of clopidogrel as the most common P2Y12 inhibitor. They also cautioned that these findings only pertain to patients with ACS who underwent PCI with current generation drug-eluting stents.