1-month DAPT may be enough post-PCI 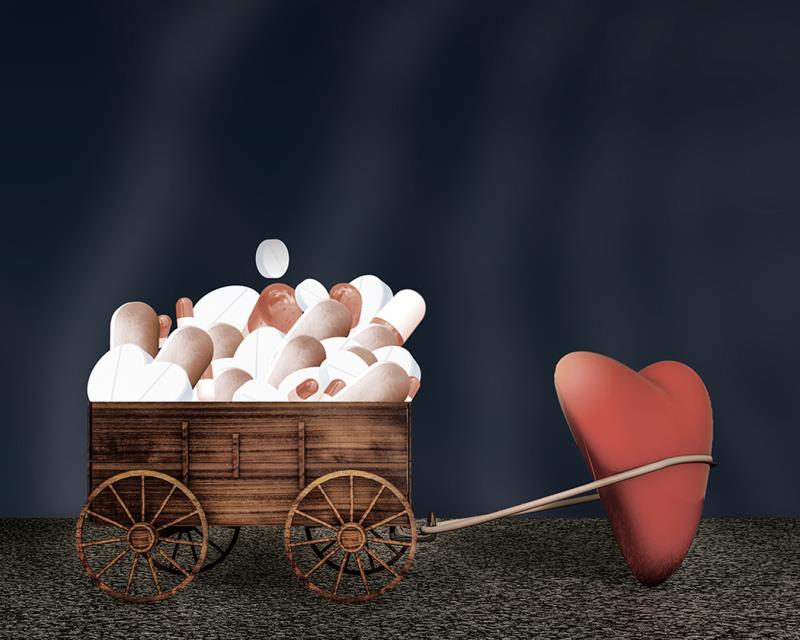 In patients at high-bleeding risk (HBR) implanted with a drug-eluting coronary stent, 1 month of dual antiplatelet therapy (DAPT) is as good as 3 months or longer – with significantly less bleeding – in the MASTER DAPT* trial, that experts said shorter DAPT post coronary stenting may be the strategy moving forward.

“This is an all-comers HBR population,” said principal author Dr Marco Valgimigli from Cardiocentro Ticino Institute, Lugano, Switzerland during a media briefing at ESC 2021.“We’ve seen from prior studies that if you have an HBR risk, you don’t derive ischaemic benefit from prolonged DAPT. Instead, you derive bleeding risks. But that has never been prospectively tested, until the current study.”

Previous studies with 1-month DAPT after coronary stenting have shown reduced bleeding risk without compromising safety, but those were either nonrandomized or had excluded patients at HBR, he added.

Valgimigli and his team sought to determine whether an abbreviated compared with a standard DAPT strategy preserves net and major clinical events, as well as mitigate bleeding risk, in a broadly inclusive HBR population (n=4,434) who underwent percutaneous coronary intervention (PCI) with the sirolimus drug-eluting stent. About half of the patients had PCI for the acute coronary syndrome (ACS) and half had it electively. [N Engl J Med 2021;doi:10.1056/NEJMoa2108749]

They were randomly assigned to discontinue DAPT immediately (abbreviated therapy) or to continue for at least 2 additional months (standard therapy) one month after PCI.

NACE, MACCE, plus a third outcome

An analysis of major and clinically relevant nonmajor bleeding events in the ITT population yielded positive outcomes for the abbreviated DAPT strategy (6.5 percent vs 9.4 percent for standard DAPT for a difference of 12.82 percentage points; 95 percent CI, -4.40 to -1.24; p<0.001 for superiority). “This is a highly statistically significant reduction in bleeding, with a number needed to treat of 35,” Valgimigli commented.

The lower bleeding risk in the abbreviated DAPT group was mainly driven by the lower incidence of clinically relevant nonmajor bleeds (BARC-2**) in the same group vs the standard care group (4.5 percent vs 6.8 percent), he added.

BARC 3-5 – the most serious type of bleeding – was not significantly reduced in the trial despite high expectations, and Valgimigli had this to say: “The standard DAPT comparator was shorter than what’s typically used in single-arm studies with historical controls. We were comparing 1-month DAPT with a relatively short standard of care. Even if we called it standard DAPT, it was actually at least  6 months in non-OAC*** and 3 months in OAC patients. I think that explains why the BARC 3 bleeding was not significantly reduced per se.”

The use of antiplatelet therapy after coronary stenting can cause significant issues in patients with HBR, which is quite huge at 40 percent of those undergoing PCI, said Valgimigli.

“Overall, our results showed that 1-month DAPT was noninferior to continuous treatment for at least 2 additional months for the occurrence of net and major adverse clinical events post-PCI. On top of that, the shortened regimen reduced major or clinically relevant nonmajor bleeding,” he told his audience at ESC 2021.

Clopidogrel the antiplatelet of choice

“The clinicians recruited truly patients at HBR in whom giving a potent P2Y12 inhibitor, even as a monotherapy, was probably posing safety concerns,” Valgimigli said. “That’s why clopidogrel was actually dominating the picture here, even in ACS patients.”

On questions whether the results can be extrapolated to other stent platforms accessible to patients, Valgimigli was very circumspect. “These findings were specific to the biodegradable-polymer sirolimus-eluting stent, Ultimaster. I would be scared to assume these results are reproducible with other stents.”

Nevertheless, the data spoke volumes about the impact new stent designs would have on DAPT duration in the HBR group, he added.

Questions remain on how different monotherapy regimens would perform and for which duration.

Is it time to rethink strategy?

Press conference discussant Dr Kurt Huber from Sigmund Freud University Medical School in Vienna, Austria was even thinking ahead. “We’re talking of HBR patients, but should we rethink our strategy for all our patients?” he asked. “As we now have stents with very fast re-endothelization, maybe 1 to 3 months [of DAPT] will be enough for all patients in the future.”

Dr Robert Byrne from Mater Private Hospital, Dublin described the study as “a standout trial”– and for a couple of reasons. “We’ve become more comfortable with using abbreviated DAPT in HBR patients who undergo coronary stenting. This was based, to a large extent, on stent trials —the LEADERS FREE and the SENIOR  trials —that have given us confidence,” he said. “But definitive or more robust evidence was lacking until this trial, showing that 1-month DAPT appears safe without increasing ischaemic complications, and with a reduction in bleeding.”

The STOPDAPT-2 trial also demonstrated positive outcomes for shorter DAPT vs a 12-month regimen. [JAMA 2019;321:2414-2427] By contrast, the trial excluded patients taking OACs, which were included in MASTER DAPT. MASTER DAPT also differed in that it specifically enrolled HBR patients. In addition, STOPDAPT-2 used a drug-eluting stent with a durable polymer; MASTER DAPT used a stent with a bioresorbable polymer.

One for the guidelines

Another discussant, Dr Davide Capodanno from the University of Catania, Italy, said the findings reassure clinicians and will shape future guidelines. “The phrasing of the recommendations will be tricky though, given the lack of an upper limit for DAPT duration in the control arm and the longer than currently recommended duration of triple therapy among patients on OACs.”

Press conference moderator Dr Carlos Aguiar from Centro Hospitalar de Lisboa, Lisbon, Portugal recalled that the current guidelines give a C level of evidence, which is based on expert opinion, for shortened DAPT in HBR patients. He is optimistic the upcoming guidelines will take MASTER DAPT into account.

“The findings are really and move us toward a shorter and simpler antithrombotic strategy after PCI,” commented Dr Erik Magnus Ohman from Duke University in Durham, North Carolina, US, in a separate editorial. “Several trials have now suggested that [shorter periods of DAPT after PCI] is the way to go. [N Engl J Med 2021;doi:10.1056/NEJMe2112747]