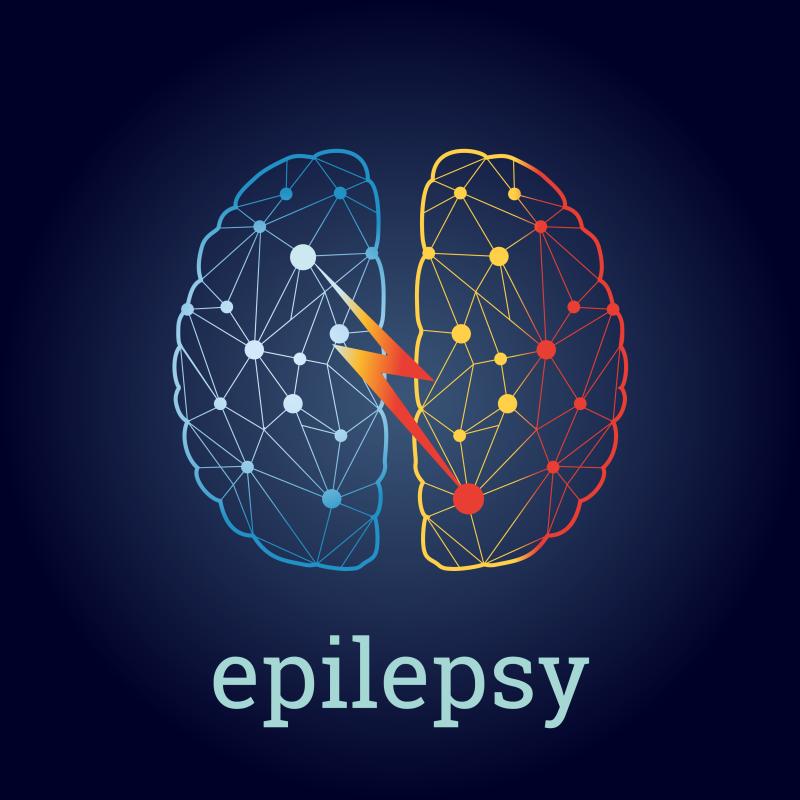 Refractory epilepsy is defined by the International League Against Epilepsy (ILAE) as persistent recurrence of unprovoked seizure despite treatment by two antiepileptic drugs (AEDs) in adequate dosages. About one-third of all epilepsy cases are refractory. As the prevalence of epilepsy in the general population is about 1 percent, the prevalence of refractory epilepsy should hence be approximately 0.3 percent. Despite a substantial increase in the number of AEDs in recent decades, the population of refractory epilepsy has seen no significant drop. This patient group continues to suffer from various medical and psychosocial problems. Epilepsy surgery, a major means of nonpharmacological treatment, has been underutilized locally and even globally. A case is presented to illustrate how surgical treatment can help in this intractable disease.

A 38-year-old right-handed man had had epilepsy since 2 months of age. There was no relevant family history. Perinatal history was unremarkable. No other risk factors such as central nervous system infection or cerebral trauma were identified. Developmental history did not show major delay. His epilepsy was uncontrolled despite trying valproate, carbamazepine, clobazam, levetiracetam, oxcarbamazepine and perampanel. Repeated serum drug level monitoring showed reasonable AED adherence. Routine EEG and brain MRI done at the age of 18 years were reported to be normal. He was diagnosed to have psychotic disorder at the age of 22 years, which had been well controlled.

The patient eventually underwent right anterior temporal lobectomy at the age of 37 years. Histological diagnosis was hippocampal sclerosis. As of August 2018 (9 months after surgery), the patient has remained free from seizure, with a surgical outcome classified as Engel class I. He is now living alone and searching for a job.

Patients with refractory epilepsy deserve special medical attention. Many of them experience life-long recurrent seizures. Seizure itself can lead to physical injuries, such as burns or head trauma. It may even predispose patients to a lower seizure threshold, forming a vicious cycle. Convulsion is the most dramatic manifestation of the disease, but it is just a tip of the iceberg. Adverse effects from multiple AEDs can significantly undermine patients’ quality of life. Psychiatric comorbidities are also relatively common among patients with refractory epilepsy. Social stigma, unemployment and pregnancy issues are frequently encountered life difficulties. Early death can result from status epilepticus, while sudden unexpected death in epileptic patients (SUDEP) or suicide can also occur. (Table 1) 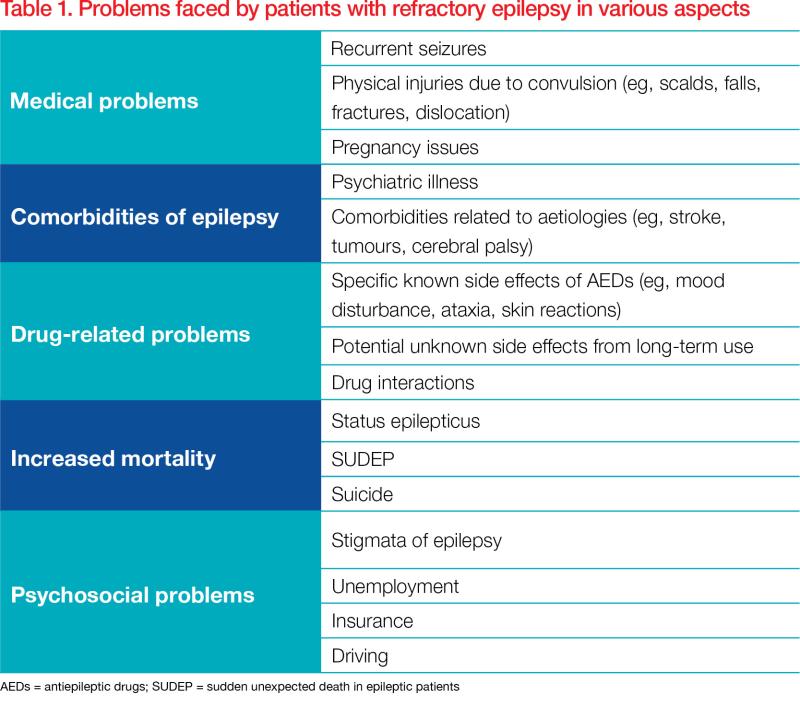 Although new-generation AEDs have many advantages over older agents, they are far from ideal. None of these agents has been shown to alter the course of epilepsy disease. They are seizure prophylactics but not truly ‘antiepileptics’. Many of them have specific side effects such as psychiatric complications, severe idiosyncratic skin reactions and hyponatraemia, which limit their application. Some long-term adverse reactions would not be identified until they have been widely used for years. Many AEDs, mainly the older-generation agents, are enzyme inducers (such as phenytoin and carbamazepine) or enzyme inhibitors (such as valproate) and can interact with other medications. Enzyme-inducing AEDs can also disturb hormone and bone metabolism, leading to osteoporosis. Heavy medication burden can greatly affect the quality of life of drug-resistant epilepsy patients.

Epilepsy surgery has been shown effective in the treatment of refractory epilepsy.1 A wide range of operations can be offered, depending on the nature of epileptic syndromes. Operations range from potentially curative resective surgery to palliative procedures such as vagus nerve stimulation (VNS). The success rate is high, especially in temporal lobe epilepsy. The seizure-free rate can be up to 70 percent if there is MRI evidence of hippocampal sclerosis.

Detailed presurgical workup should be done before resective surgery. The operation involves localization of epileptic focus and mapping of the eloquent brain regions. VEEG and neuroimaging are essential to localize the epileptogenic zone. VEEG can confirm the diagnosis of epilepsy by electroclinical correlation. Ictal semiology (ie, video recording of behavioural changes during seizure) can help determine the epileptic focus. Brain MRI with an appropriate protocol can detect even subtle lesions such as focal cortical dysplasia, mesial temporal sclerosis or vascular anomalies. A properly performed MRI scan can increase the yield of lesion detection, and a positive MRI can in turn enhance the success rate of epilepsy surgery.2 Functional imaging such as PET or SPECT scans can provide additional evidence of epileptic focus. After localizing the epileptic focus, the epileptologist has to make sure that the cerebral tissue to be removed is not in the eloquent region of the brain. Certain important cortical regions, such as motor, sensory and visual areas, can be grossly identified by neuroanatomy. Other neurological functions, namely memory and language, should be mapped out by investigations including Wada test or functional MRI. Neuropsychological tests performed by clinical psychologists also provide information helpful for localization of epileptic focus and prediction of surgical outcomes. However, localization of epileptic focus or mapping of the eloquent region may not be straightforward sometimes. For example, the epileptogenic zone may be in a deep cerebral region not easily assessible by noninvasive investigations. Invasive tests, such as extraoperative monitoring with intracranial grid and depth electrodes or intraoperative electrocorticography (ECoG), may be employed. (Figure) 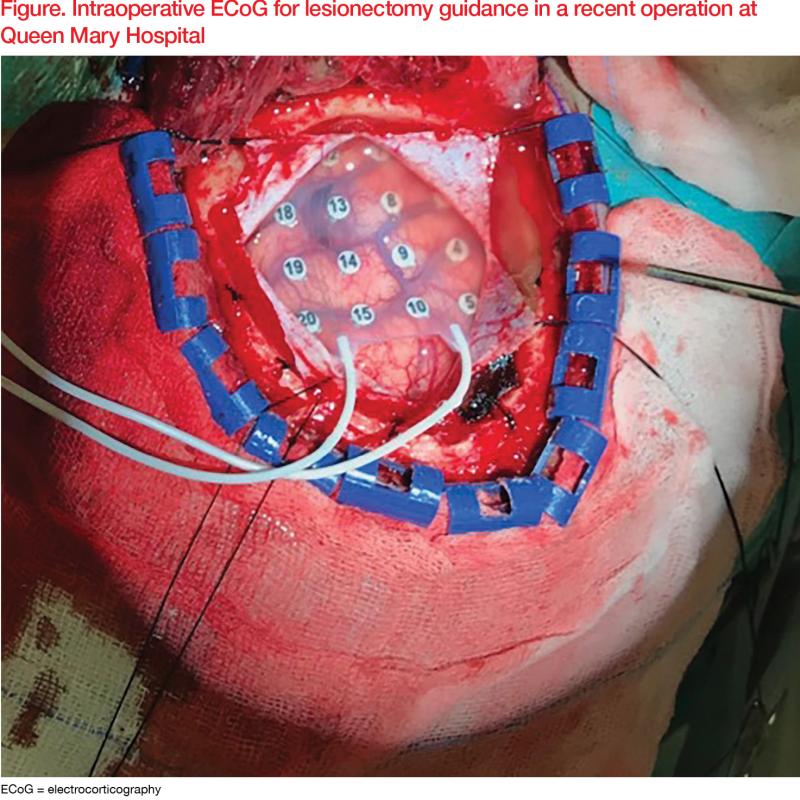 While not all patients with drug-resistant epilepsy are suitable candidates for epilepsy surgery, they should be considered for epilepsy surgery workup if possible. The goals are to confirm the diagnosis, properly classify the seizure and epilepsy, and review the AED regimen. Epilepsy mimics, such as cardiac syncope, sleep disorders and pseudoseizure, can be identified by VEEG monitoring. Intractable seizure can be caused by misclassification, and inappropriate treatment of generalized seizure as focal seizure is frequently reported. VEEG can reliably differentiate between generalized and focal seizures. Reinterpreting or even reperforming brain MRI with a dedicated epilepsy protocol may be necessary as many patients may have received the diagnosis decades ago before the advancement of contemporary neuroradiology.3 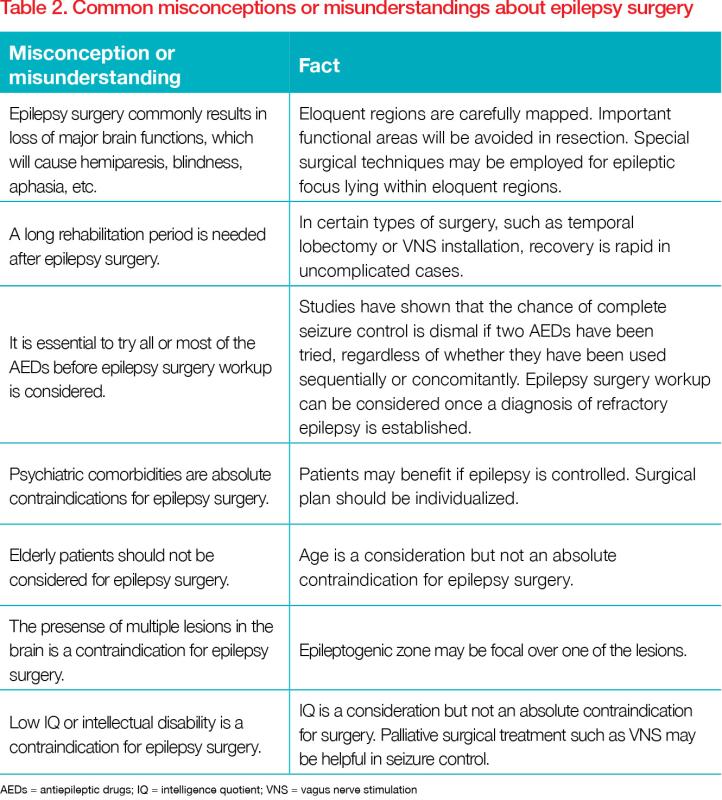 Currently, the Queen Mary Hospital (QMH) is providing epilepsy surgery workup to selected patients with epilepsy. We have an epilepsy surgery team consisting of neurologists, neurosurgeons, neuroradiologists, clinical psychologists, psychiatrists and EEG technicians. We offer VEEG monitoring and MRI with specific protocols to potential surgical candidates. Our clinical psychologists perform and interpret results of the neuropsychological and Wada tests. We have performed lesionectomy, temporal lobectomy and VNS operations and are looking forward to tackling more challenging cases.

Surgical treatment for epilepsy has a long history and was widely used before the development of drug therapy for this common neurological disease. It is hoped that misunderstandings about epilepsy surgery among both clinicians and patients can be eliminated, so that more patients with uncontrolled epilepsy can undergo proper epilepsy workup and surgical treatment. Successful cases of epilepsy surgery should be publicized to promote awareness and strengthen confidence in epilepsy surgery in the community.